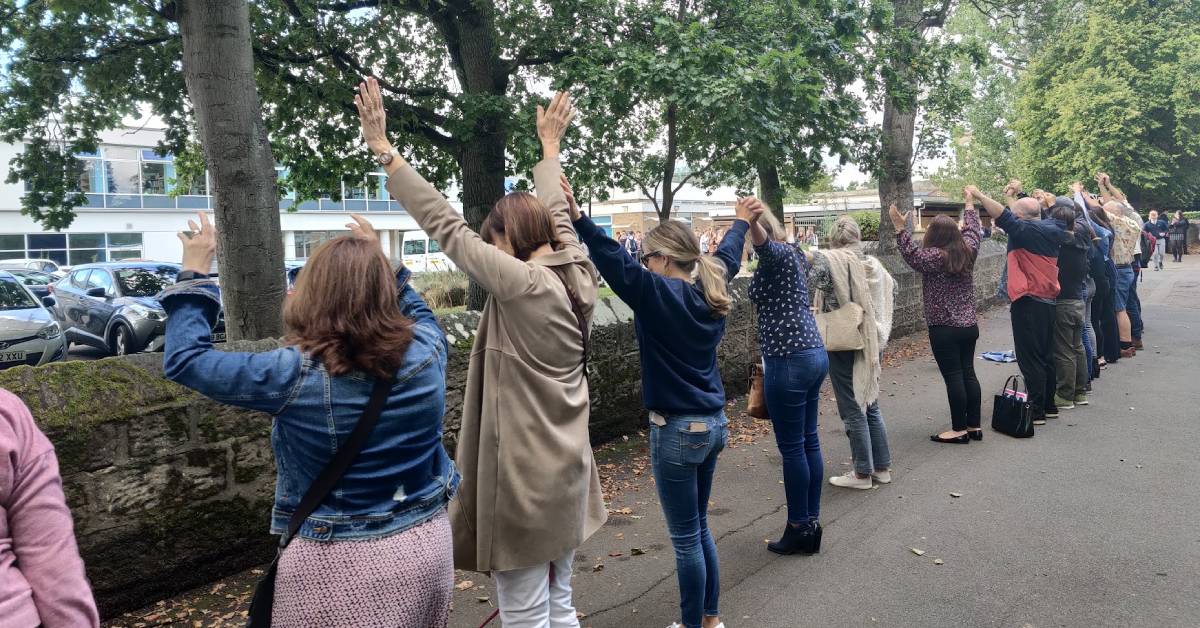 The protestors met on Oatlands Drive at 10.30am this morning

Children will be able to get their first shot of the vaccine from next week, the government has confirmed.

It follows advice from all four of the UK’s chief medical officers, who said offering vaccinations to children would reduce disruption in schools.

Evidence suggests a single dose cuts the risk of catching covid by around 55%. However, the Joint Committee on Vaccination and Immunisation, which advises the government, recommended not vaccinating children on health grounds alone.

One parent at the protest today said she disagreed with the government’s decision not to follow the JVCI’s recommendation. The woman accused the government of “brainwashing” children to take the jab.

“We are concerned for our children.”

“Our hearts are broken.

“We maintain the vaccinations are nothing to do with health”.

Groups of curious sixth formers stood outside their classrooms to watch, and some approached the protestors to ask why they were there. Two police officers also attended the scene.

Afterwards, the Stray Ferret was contacted by mother Charlotte Castle, who has a child in the sixth form at St Aidan’s. She said she was “furious” at the protestors, who she called “idiots”.

“The arrogance that these parents know more than 99.9% of world’s viralogists. These people live in echo chambers. They are misinformed.”