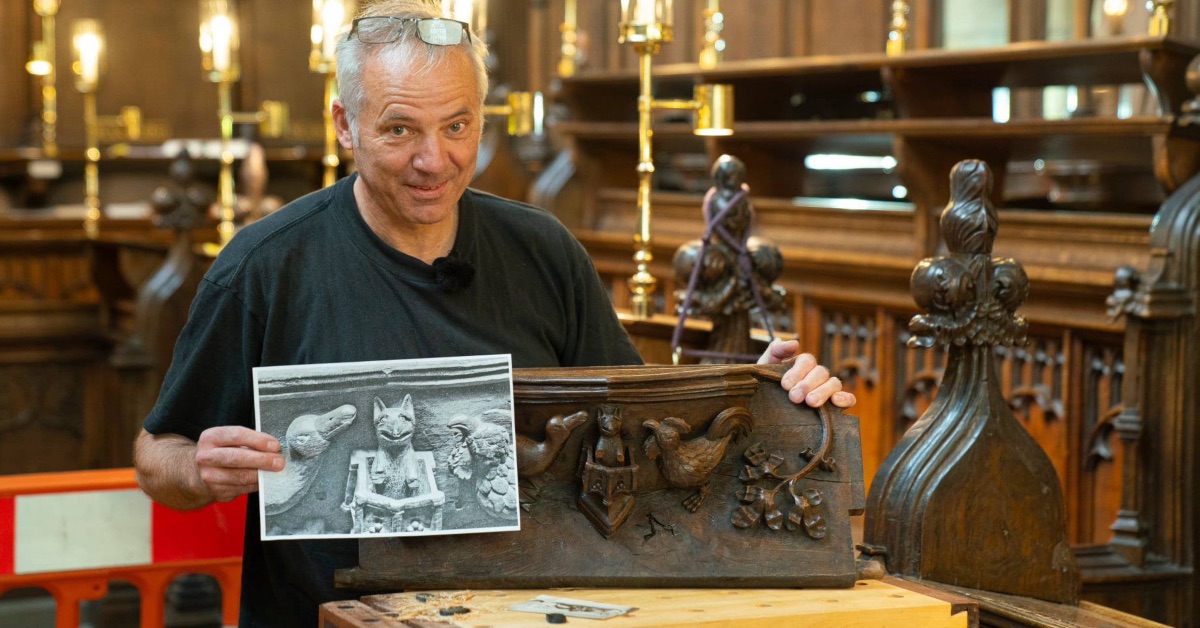 The misericord at Ripon Cathedral, which depicts a fox, has been restored after it lost its nose and arms.

A 500-year-old misericord in Ripon Cathedral depicting a fox has been restored.

The choir of the cathedral has a set of 32 misericords created by master carver William Bromflet in the 1490s.

The misericords, which are small seats, gave clergy the opportunity to rest from standing during worship.

The fox is thought to have lost its nose and arms at some point during the last 100 years.

The restoration by Henning Shulz is the final part of a wider conservation project of the medieval choir stalls.

“We are delighted to see the return of this freshly restored misericord (mercy seat for perching on during long services), which depicts a fox preaching from the pulpit to an assembled congregation of birds – his prey.

“This was a common motif in the middle ages, warning against travelling preachers who would lead their flock astray for their own gains.

“At some point this fox lost his arms and then, sometime in the last century, his nose. We know this from a 100 year old photograph which shows the fox ‘armless’ but with his nose.

“These seats are 500 years old and in daily use – remarkable survivals from our medieval past.”