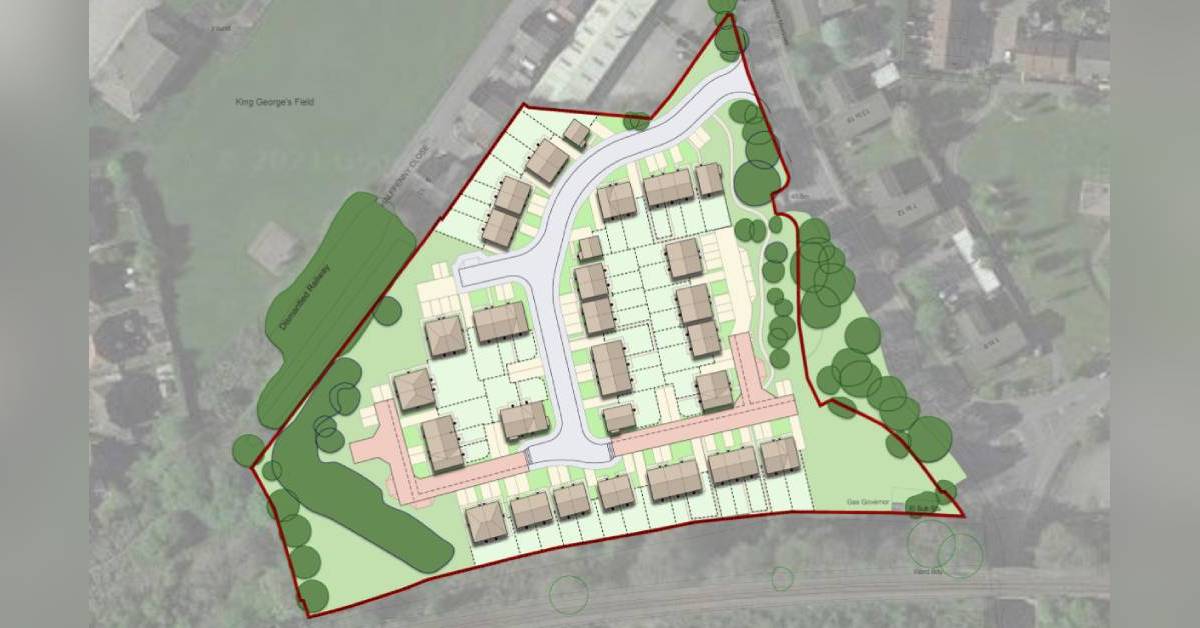 How the site on Halfpenny Lane will look.

A 64-home development on the site of a former factory in Knaresborough has been recommended for approval.

Developer Countryside Properties has earmarked the former Trelleborg factory on Halfpenny Lane for the houses.

The site is not allocated for housing in Harrogate Borough Council’s Local Plan, which describes where development can take place. But it is included on the council’s Brownfield Land Register, which identifies locations considered to be appropriate for redevelopment for residential use.

The original proposal was for 77 dwellings. However, a group of mature trees on the site recently received tree preservation orders, which prompted the developer to reduce the number of homes. Twenty of them would be classed as ‘affordable’.

The application faced an objection from Knaresborough Town Council, which said

“These houses are not needed, as sufficient house building is allocated elsewhere in the Local Plan and is being delivered.”

Network Rail also raised concerns about how close the homes will be to an operational railway crossing.

However, council officer Graham Smith backed the scheme, saying it would bring a derelict site back into use whilst boosting housing in the town.

“The proposal would contribute towards ensuring the district’s housing needs are met, including the provision of 20 affordable dwellings as well as properties that are designed to be accessible and adaptable.”

Councillors on Harrogate Borough Council‘s planning committee will consider the plans next Tuesday.