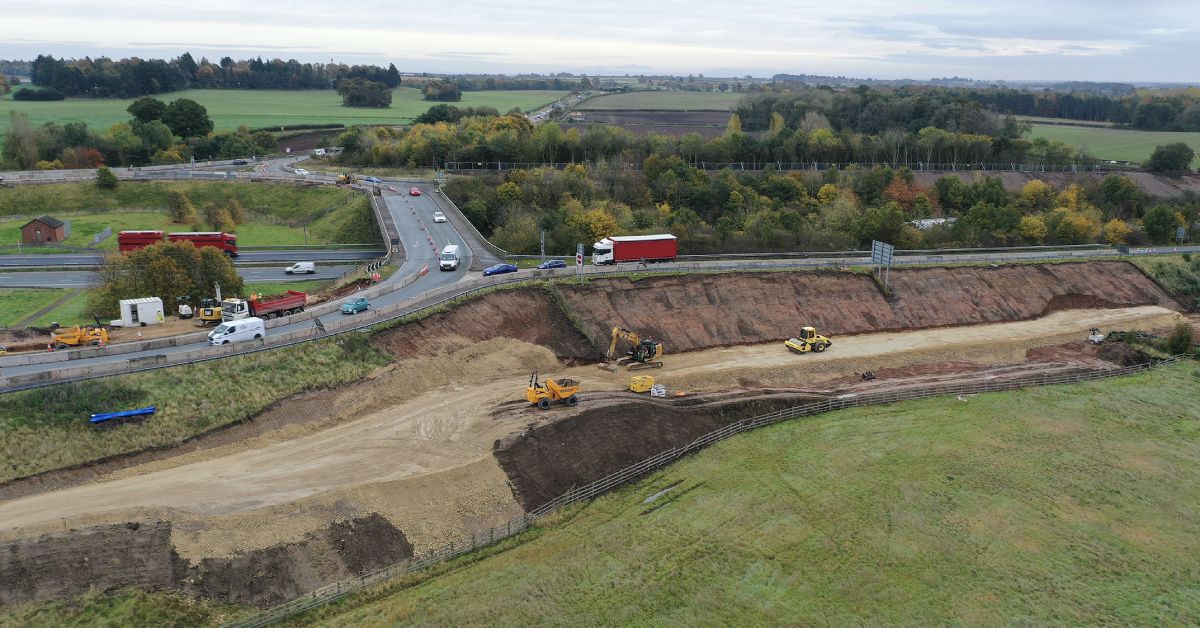 A £7.7 million project to upgrade junction 47 on the A1(M) at Flaxby has been delayed and is now scheduled to end in December.

The project, carried out by contractors Farrans Construction on behalf of North Yorkshire County Council, also involves upgrading the road network just off the junction.

It was due to end shortly but the completion date has been pushed back two months due to “unforeseen ground conditions”.

“Work to upgrade junction 47 on the A1(M) is progressing well and when complete will address congestion, improve road safety and support sustainable development in Harrogate and Knaresborough, as well as supporting the county council’s objective of improving east-west connections across North Yorkshire.

“Unforeseen ground conditions have required extra work on the southbound on-slip carriageway and this has delayed the scheme.

“The original planned completion date of late September or early October has been revised to December this year.”

The project is being funded by the county council with £2.47m from the government’s Local Growth Fund along with contributions from Highways England and developer Forward Investment LLP.