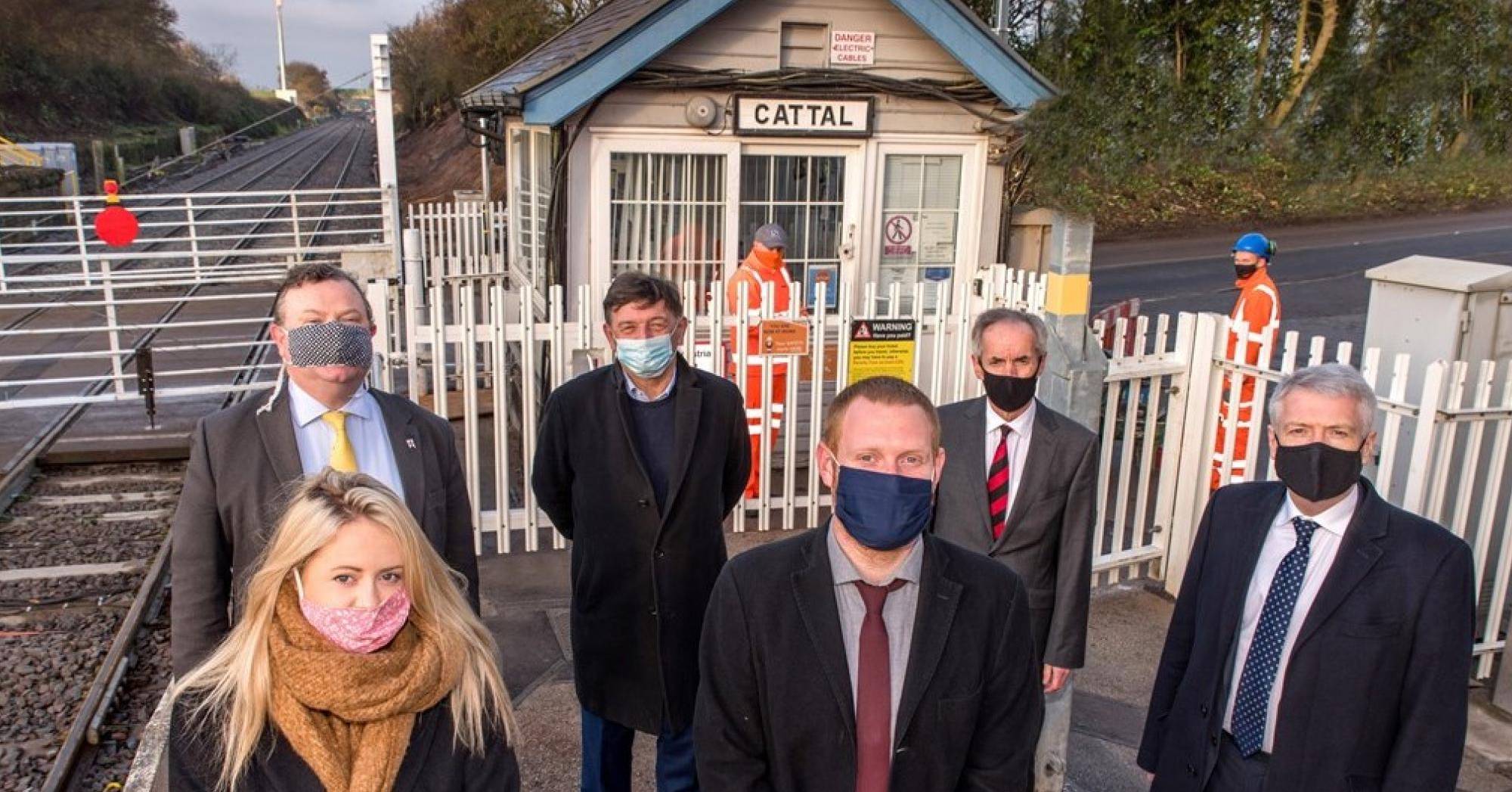 Network Rail has completed a £9.8m upgrade of the Knaresborough to Poppleton route, which could increase the number of trains between Harrogate and York.

The works have improved the signalling system and changed the track layout at Cattal station, which will allow two trains to enter the station at the same time.

Work has also taken place to install new safety measures at some level crossings on the route.

Harrogate and Knaresborough MP Andrew Jones, who is a former rail minister, called the works a “huge step forward” for trains in the district.

“The importance of this is that it removes a bottleneck to future increases in capacity on the line. This means that the ability to increase services to and from York now exists whereas previously the infrastructure constrained that. It is another huge step forward for our local rail line.

“In recent years we’ve seen more services and faster services on the York-Harrogate-Leeds line. We have seen signalling upgrades and the new Azuma services to and from London coming to Harrogate.  We have also seen the back of the old, leaky pacer trains.”

“The line now benefits from more modern technology and Network Rail have increased safety at a number of level crossings and reduced congestion at Harrogate railway station.”