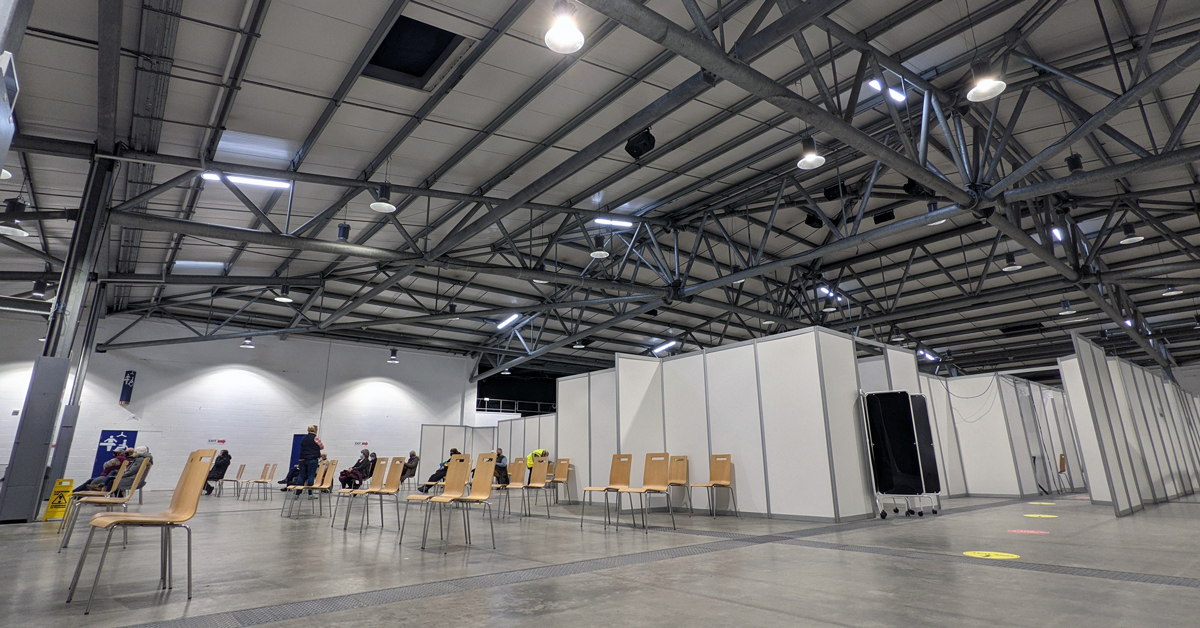 The vaccine centre at the Great Yorkshire Showground.

More than 90,000 people in the Harrogate district have received a covid vaccine but the number of first doses dropped dramatically last week due to supply shortages.

According to NHS England figures, a total of 93,618 people in the district have had a first jab.

Last month, NHS officials wrote to GPs across the country and warned there would be a “significant reduction in weekly supply” from March 29.

No first doses of vaccines are being offered to the under-50s at the Great Yorkshire Showground in Harrogate this month.

The total number of first vaccines in the district includes:

Last week, Amanda Bloor, accountable officer for North Yorkshire CCG, said it would focus on as “maximum coverage as possible” for those who have not been vaccinated in the first nine priority groups.

Meanwhile, no covid deaths have been recorded at Harrogate District Hospital since March 29.

The death toll at the hospital remains at 178 since the start of the pandemic.

Just five cases of covid have been confirmed in the district in the last 24 hours, according to Public Health England.

It takes the total number of cases since March last year to 7,608.

The district’s seven-day covid rate has increased slightly to 12 infections per 100,000 people.

The North Yorkshire rate stands at 26 and the England average is 30.