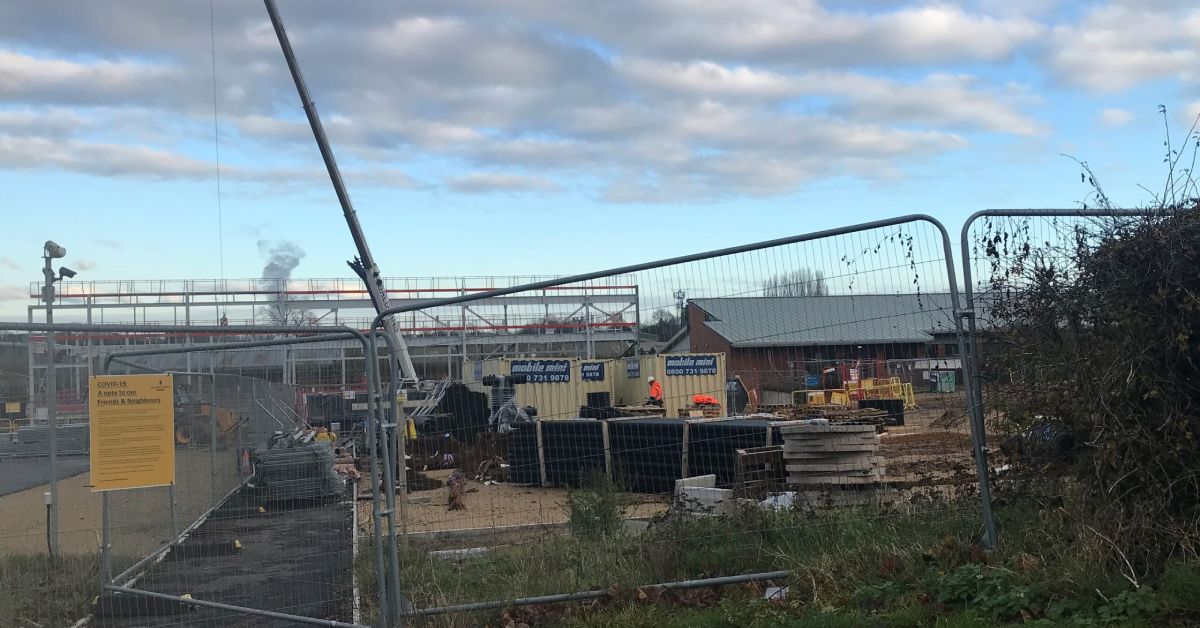 The steel frame for Ripon's new swimming pool is currently being put in place, but the project is delayed by six months.

Construction firm Willmott Dixon was awarded a £10.2 million contract last year to build the pool and refurbish the leisure centre.

The council approved the initiative in June 2019.

16 months before the council approved the swimming pool development a sinkhole opened up in the leisure centre car park.

Following the incident in February 2018, which saw the car park barriered off and closed, the council issued this statement:

“The sinkhole will not affect the project to construct a new pool for Ripon. We are still waiting for the structural engineer’s report, which will influence the design of the new building. We’ve always known about the potential of sinkholes on the site which is why we’ve been carrying out tests to understand what foundations may be required.”

At the June 2019 planning meeting, three members of the eight-member committee abstained rather than support the project, after ‘deep concerns’ were expressed about the sinkhole risk in an area of Ripon known for widespread gypsum deposits.

Masham councillor Nigel Simms voted against the application because he believed ground stability issues made it an untenable use of public money.

The city’s gypsum problem was highlighted in a major technical report commissioned by the Department of the Environment in 1996, titled ‘Assessment of Subsidence Arising from Gypsum Dissolution (with Particular Reference to Ripon, North Yorkshire)’

Work started on the Camp Close site, at Dallamires Lane, on 25 November 2019 and the 17-month project was scheduled for completion by 21 May 2021. It is now due to be completed in November 2021.

Councillor Stanley Lumley, the council’s cabinet member for culture, tourism and sport, said the project had been ‘slightly delayed’ by COVID-19.

Construction on the site was halted for five weeks during the first lockdown and did not stop during the second lockdown.

In May, Willmott Dixon operations director Nick Corrigan told the Stray Ferret that approximately 30 workers, including management, had been back on site since 30 April.

The Stray Ferret submitted a Freedom of Information request seeking details about the cost of ground works on the site.

The council said it holds the information but it was exempt from disclosure. It did, however confirm that there would be extra cost, saying: 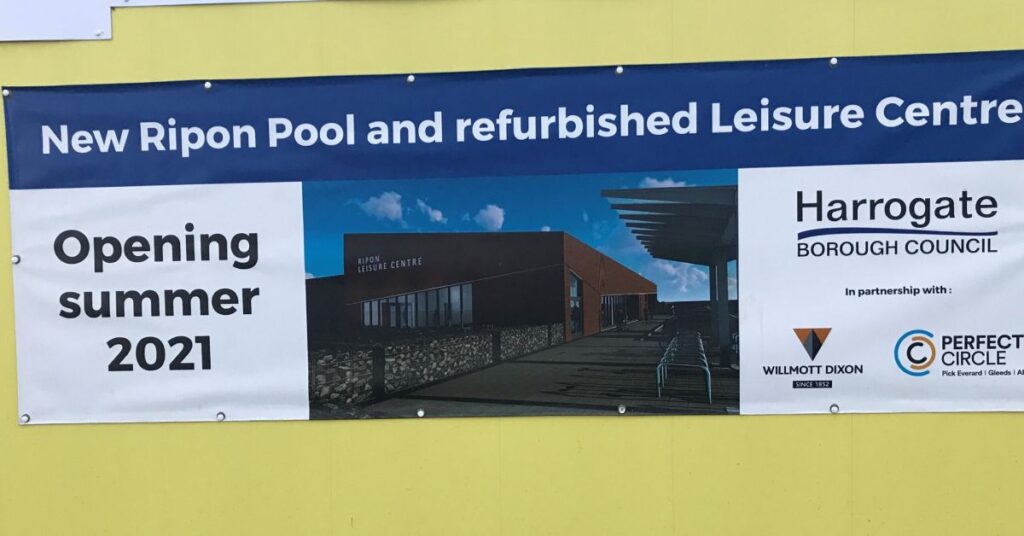 A sign saying that Ripon’s new swimming pool and refurbished leisure centre will be ‘opening in Summer 2021’ was still in place this week.

Regarding questions about the cost of ground remediation, the council said:

“In this instance, specific information regarding the amount of the contract committed to ground stabilisation could be a disincentive to provide pricing for public sector opportunities which could then lead to a lack of future competition which could increase prices and represent worse value for money within the sector.

“The council therefore considers maintaining the exception outweighs the public interest in disclosing it.”