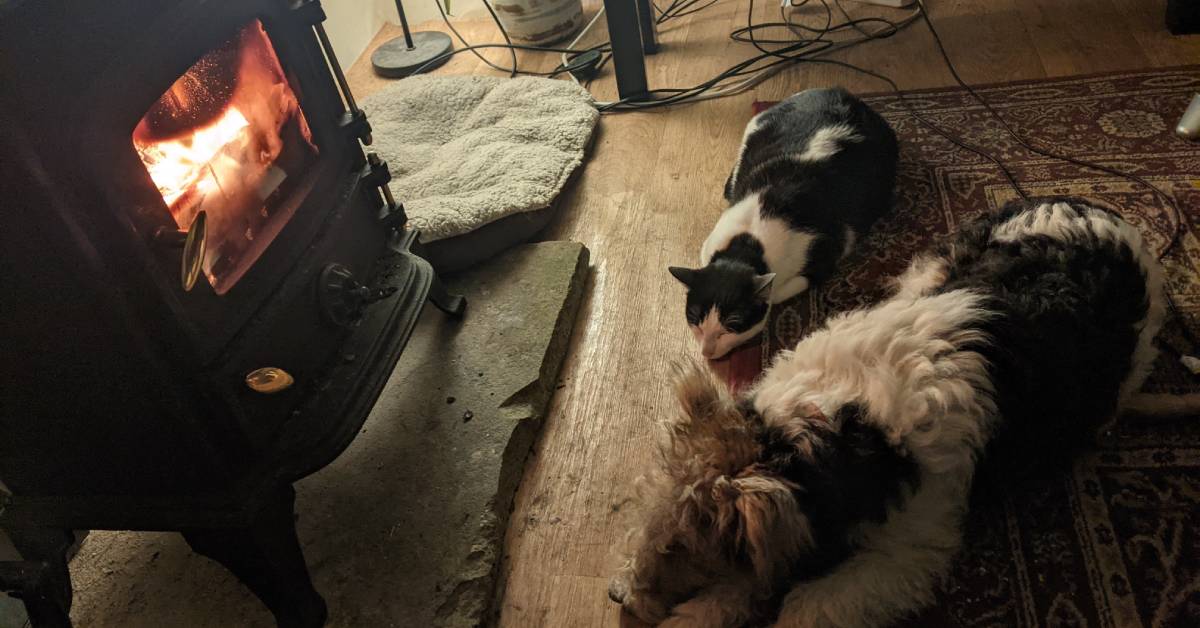 A campaigner from Harrogate says more should be done to highlight how wood-burning stoves damage the environment.

A study published on Friday found the stoves contribute to almost half of the cancer-causing air pollution particles in towns and cities.

Government data found that wood-burning stoves are the single biggest source of PM2.5 particles in the UK, three times more than transport. Breathing in the particles is known to exacerbate lung conditions, such as asthma or chronic obstructive pulmonary disease (COPD).

The stoves have seen a boom in popularity over the past decade, with many people seeing them as cosy and rustic additions to their homes.

Some Harrogate district residents in older houses also find stoves and open fires an important source of heat during winter, but Harrogate man Brian McHugh believes over 90% of them are not really needed.

He said air pollution from wood-burners “can no longer be a taboo subject”.

“People have not been responding to the fact that there is a real danger here.”

Mr McHugh, who has written articles on the subject, said some people get defensive when they are told that stoves contribute to air pollution and take it as a personal affront.

“They feel it is an attack on their identity.”

Mr McHugh said wood-burning stoves should be seen as a public health risk, similar to smoking or excessive drinking. He’d like to see Harrogate Borough Council launch a public information campaign to inform people of the risks.

“We have also restricted all sorts of consumer products in the past.

“I think the winter months are an especially good time to talk about air pollution as a while, as both outdoor and indoor air pollution tend to be worse in winter in the UK.

“Harrogate Borough Council has a range of resources and tools at their disposal to disseminate information, whether that is through email, flyers or signage.

“There are local organisations that promote a reduction in local ambient air pollution through Walk to School days and people are being informed about pollution through this direct action. A campaign to start a No Burn Day as a starting point, could be a huge breakthrough.”