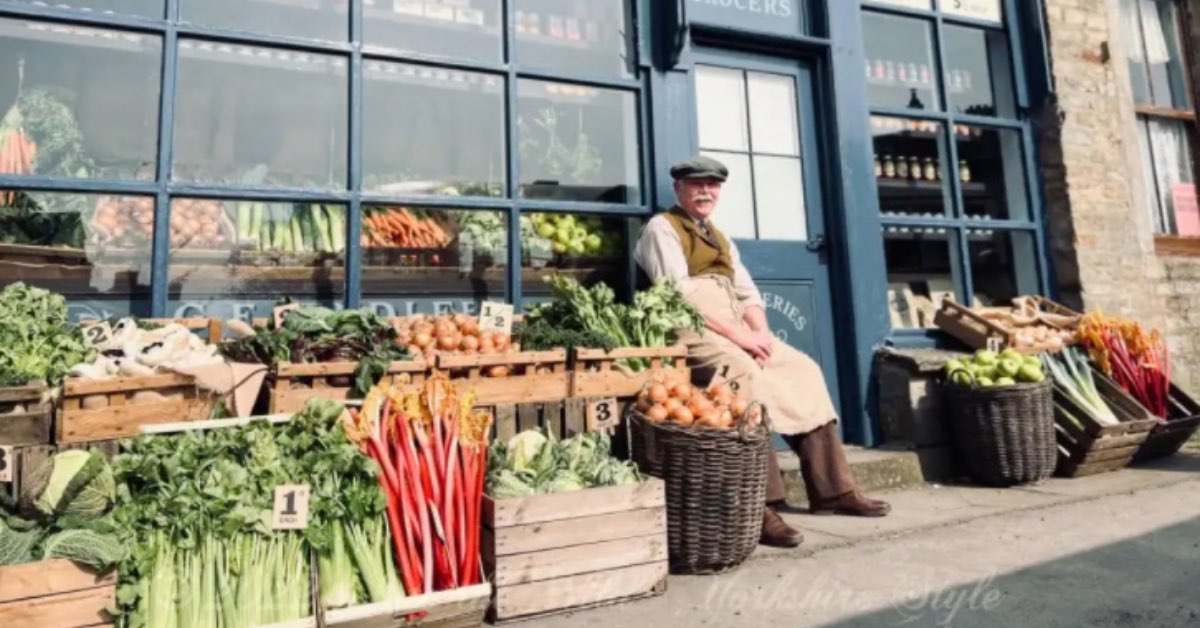 G F Endleby Grocers, as seen in Channel 5's All Creatures Great and Small. Picture: Into the Wild Yorkshire Style.

The producers of All Creatures Great and Small have donated fresh fruit and vegetables to a Knaresborough community grocery.

Playground, which produces the hit Channel 5 television series, got in touch with Resurrected Bites to offer the food from its set at Grassington.

The production company sought out the community grocery to offer the fruit and vegetables instead of letting them go to waste.

Resurrected Bites, which is a charity, collects surplus food and distributes it to people in need.

“We have had donations from food photographers before, but this is our first donation from a film set.

“We love that Playground sought us out to donate the fruit and veg used in the filming of All Creatures Great and Small rather than just binning it at the end of the day.

“We hope that other businesses with food surplus will be inspired to offer us their food rather than binning it as we are struggling to meet the demand for food via our community groceries and ‘give as you can’ cafes and shops.”

All Creatures Great and Small was commissioned for a fourth and fifth series back in January. Filming began on the new series last month.

Based on James Herriot’s books about life as a vet in the Yorkshire Dales in the 1930s, the programme has proved a success and attracted millions of viewers.