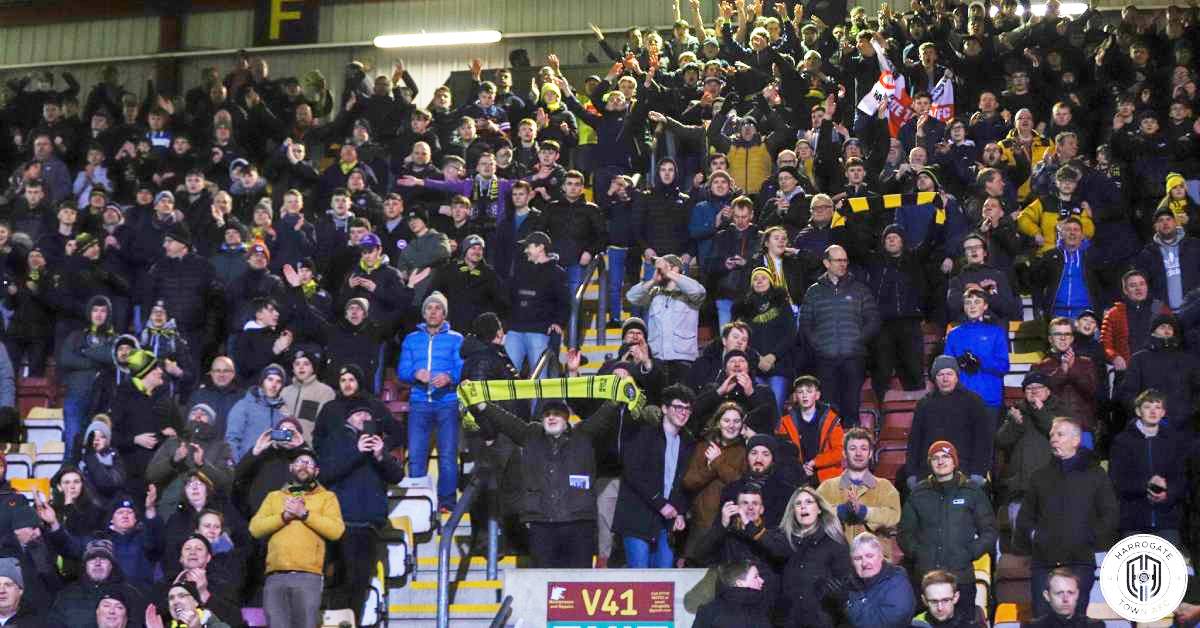 One chant was sung loud and proud by Harrogate Town supporters at Valley Parade last night.

Inspired by a song sung by Liverpool fans, it describes how they have been there from the days of National League North, beating minnows Telford and Darlington along the way, and references past heroes Joe Leesley and Dom Knowles.

“We are the loyal supporters and we come from Harrogate!

When Town fans entered Bradford City’s stadium, they sat down opposite the imposing JCT600 Stand. It wouldn’t look out of place in the Premier League, nevermind League Two of the English Football League.

It showed how far the club has come, and seemed to spur the record number of Town away supporters to sing the song about the journey up the divisions even louder. 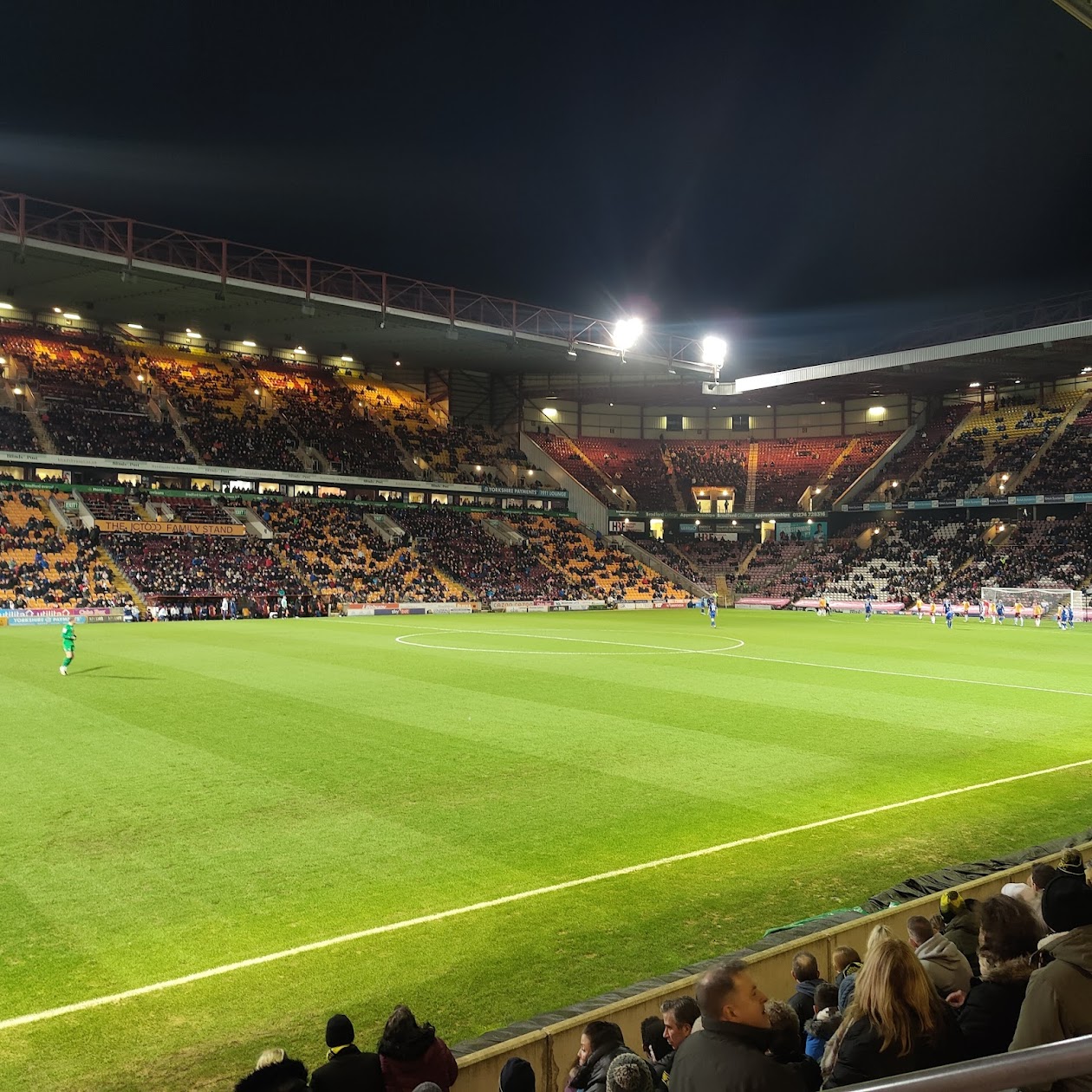 Four Stray Ferret reporters were among over 700 Harrogate fans who made the short trip to West Yorkshire for what was one of the most memorable nights in the club’s history.

They made more noise than the relatively docile 13,000 Bradford City fans, which promoted the playful Town faithful to goad them with: “Is this a library?” and “Shall we sing a song for you?”

But when the home side took the lead in the first half it threatened to dampen the party atmosphere in the away end.

For a while it worked, until Warren Burrell scored in first-half injury time to change the direction of the game.

In the second half, Town took the lead thanks to a Beckham-esque free-kick from Lewis Page. A cooly-taken finish from Jack Diamond made it 3-1. 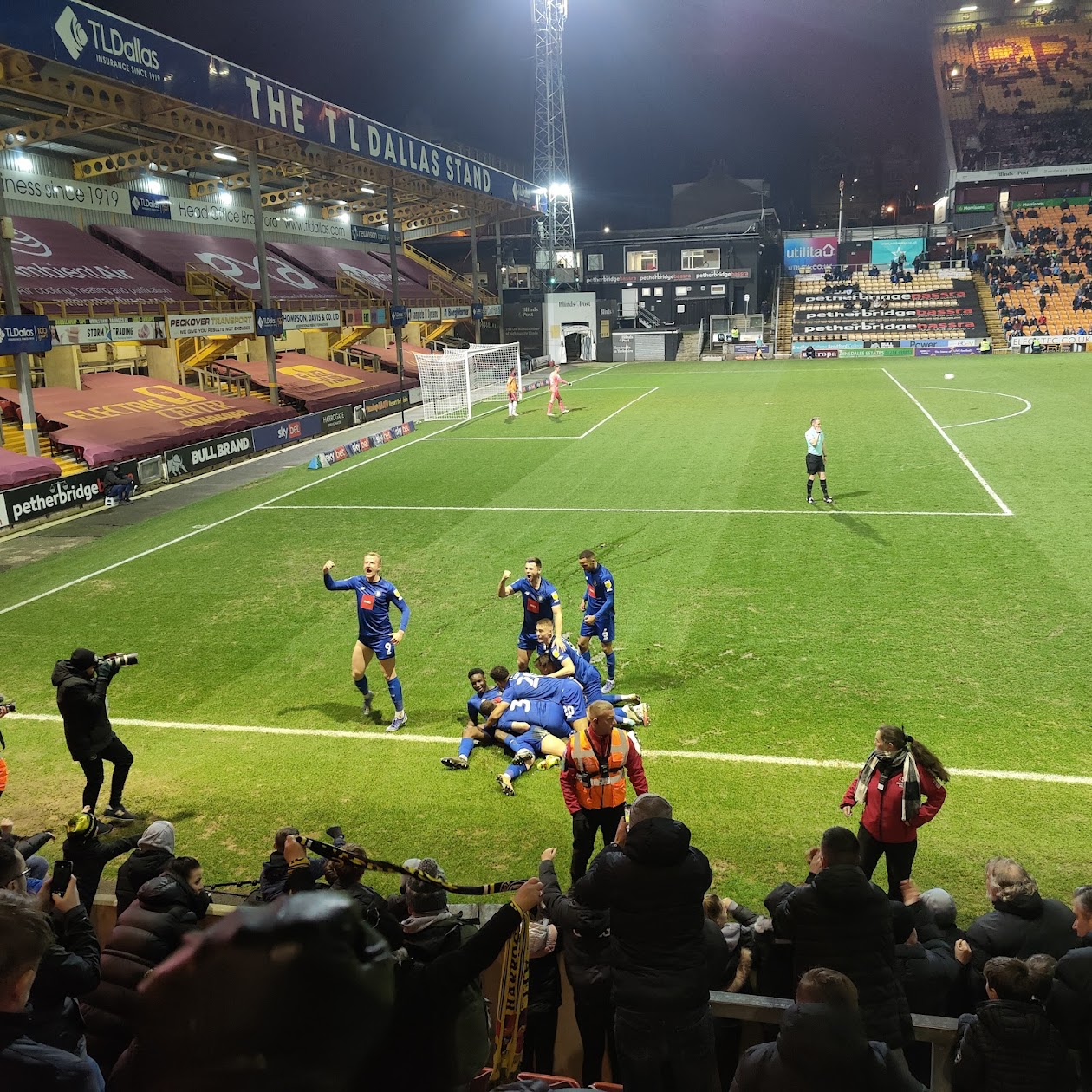 It prompted an evacuation of Bradford City fans towards the exit doors and full throttle singing among the Town fans.

Covid has robbed Town fans of many special moments — Wembley trips, glamorous away days and seeing the club play league football at the revamped EnviroVent Stadium.

After the final whistle, the bond between the playing staff and fans was evident. The squad, led by manager Simon Weaver, applauded the travelling fans, signed shirts and took selfies with young supporters.

It was a proud day for Jordan Ford, who organises away day coach travel for fans on behalf of Harrogate Town Independent Supporters Club.

Yesterday there were over 200 fans on his coaches — a far cry from the 25 or so when he first started several years ago.

Town player Jack Muldoon took to Twitter after the match to pay tribute to the fans.

Great night tonight @HarrogateTown, never really thanked the fans on here before but they deserve it all tonight, unreal 👏🏽 🖤💛