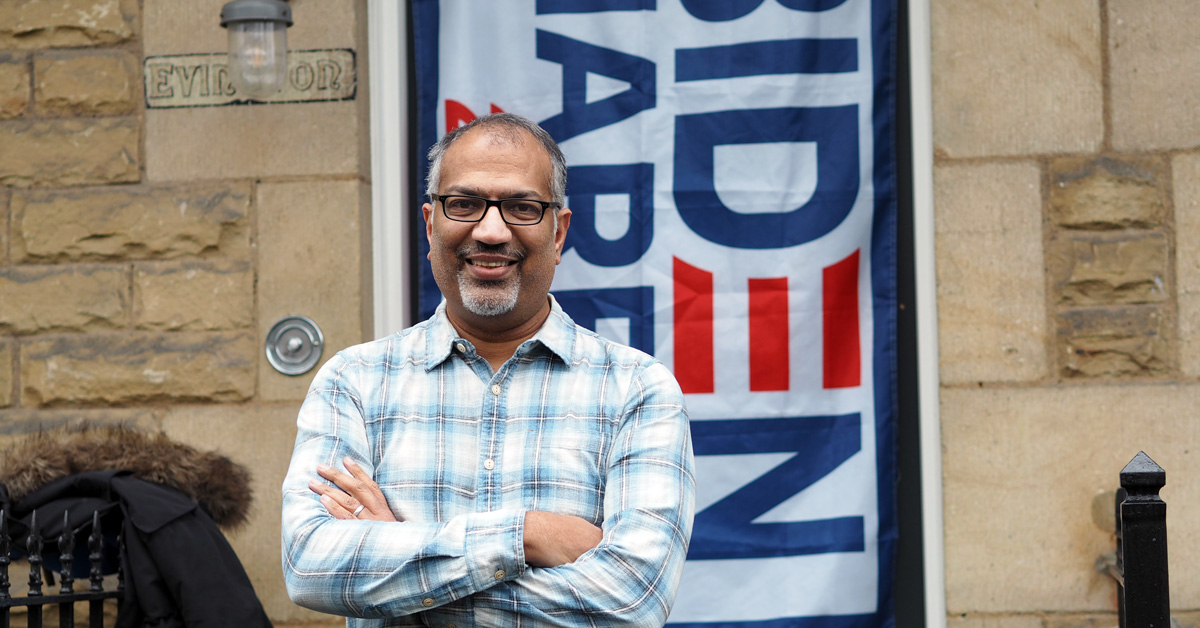 Zahed Amanullah lives in Harrogate but still flies the flag for America.

American expats living in Harrogate are counting down the minutes to Joe Biden’s inauguration as US president today.

Mr Biden will be sworn in as the 46th president of the United States at 5pm UK time but due to covid the celebrations will be more subdued — not only in America but also Harrogate.

Harrogate has strong connections with the United States — many Americans have worked at nearby RAF Menwith Hill .

A spokesman for the Ministry of Defence said US armed forces and civil servants were apolitical and therefore no celebrations or marking of such occasions was conducted at military sites.

But some Americans will privately mark the moment when power passes from Donald Trump to Biden.

We spoke to two expats in Harrogate: one Democrat and one Republican, and both said they will be relieved to see the back of Mr Trump.

Zahed Amanullah is a firm Democrat who proudly flies the flag for Biden and vice president-elect Kamala Harris. He told the Stray Ferret:

“I am very hopeful. Being an expat, it’s hard to sit here and watch what is happening. But in 2021 there’s a lot that people can do to be involved.

“Democrats Abroad, which I am a member of, has had a huge surge in membership. It’s not just talking about politics but getting involved in phone banks and hosting conversations.

Harold Clemens is a Republican who could not bring himself to vote for Trump. He told the Stray Ferret:

“I hate to say this but it is embarrassing to be an American at the moment. I have been a Republican since university because of their stance on business but I did not vote for Trump.

“There are few times in your life when you remember where you are when an event happens. For me it is the Gulf War, 911 and the storming of the Capitol.

“Joe Biden and Kamala Harris are the right people for the job. They can mend bridges and heal the political divide in America right now.”