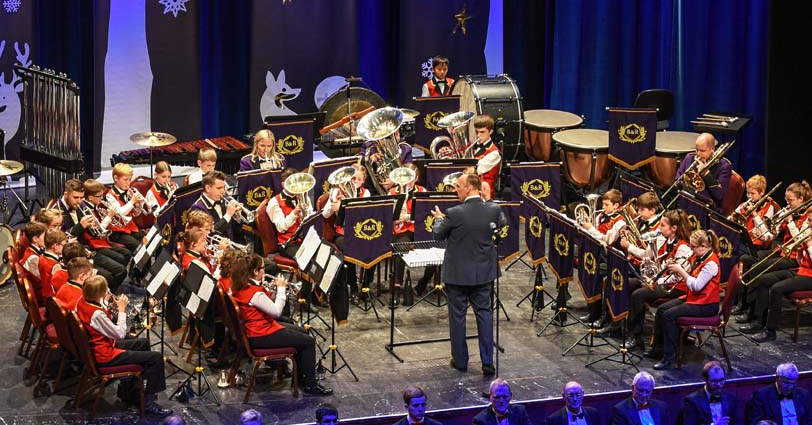 Brighouse and Rastrick Brass Band in 2019 accompanied by the Tewitt Youth Band.

The Christmas Fantasy concert will once again see the famous brass band perform with chorus accompaniment from Harrogate Gilbert and Sullivan Society.

It is due to take place on December 18 with both a matinee and an evening show.

The show will consist of original songs from the band, Gilbert and Sullivan classics and some Christmas favourites.

Last year the show was cancelled for the first time since it was first performed over 30 years ago due to covid restrictions.

“We want it to be a very special relaunch given that it was cancelled last year. We’re lucky to have some very loyal people who have come to see us year on year and use it as a way to start off their Christmas.”

The Harrogate G&S society was formed in 1972 by enthusiasts for the Victorian theatrical duo.

Brighouse and Rastrick Brass Band dates back to 1881 and has performed across the globe.

Tickets are due to go on sale in September with under-16s allowed entry for free.