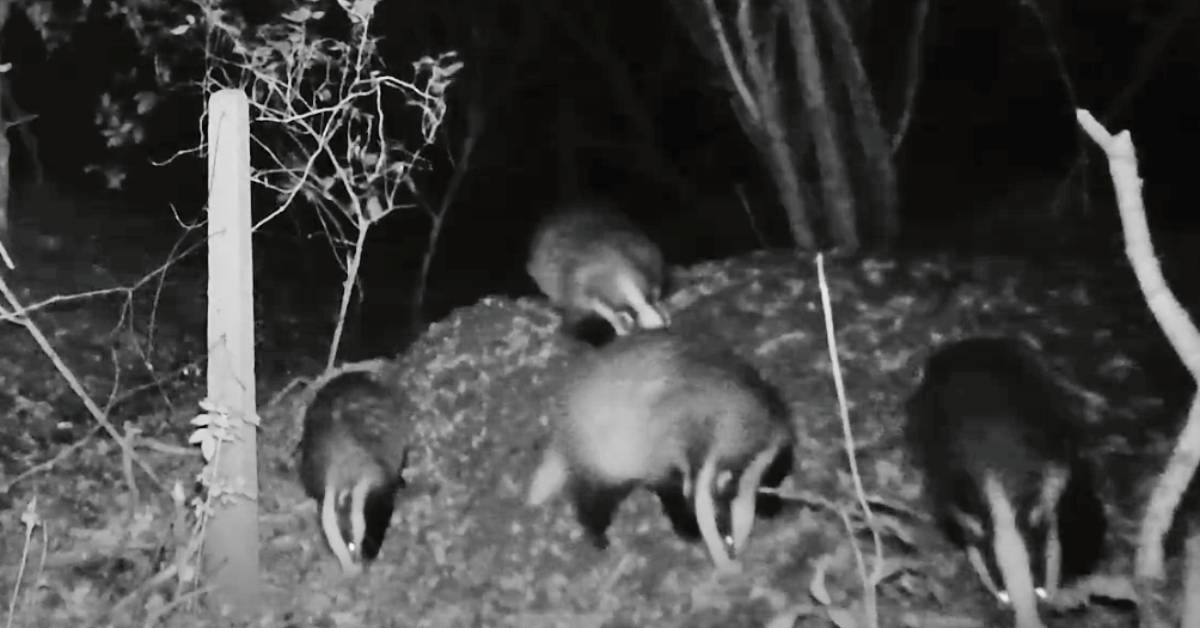 Badgers captured by the residents' camera

Final approval for 133 homes on Kingsley Road in Harrogate has been delayed whilst more badger surveys are undertaken in the area.

Redrow Homes won outline planning permission to build the development on appeal in August 2020 after it was initially refused by Harrogate Borough Council.

As part of the application, the developer submitted two ecology studies that found there were four badger setts in the area but only one or two were still actively used.

A previous ecological study undertaken in 2019 by a different developer found no evidence of badgers.

Members of Kingsley Ward Action Group (KWAG) bought a trail cam, which is a camera that is left outside and captures the movement of animals.

They claim their investigation found evidence of 11 badger setts, six of which are still active.

Badgers and their setts are protected by law.

Developers must have a licence from Natural England to remove or modify a badger sett.

This afternoon, councillors on the council’s planning committee met to discuss a reserved matters application that dealt with the appearance and layout of the homes.

However, the four-legged mammals dominated the debate.

To the north of the proposed site are train tracks owned by Network Rail.

Dan McAndrew, the council’s principal ecologist, said most of the badger setts are more than 30m away from the site on land owned by the rail body.

Mr McAndrew said he was satisfied the developer had put measures in place to protect the badgers.

“Badgers actually do well in urban fringe areas, they are able to adapt to those conditions. The key issue is, where are the setts located and can they be maintained?

“The main sett will not be affected and will be left in place.”

However, John Hansard from KWAG said his group’s badger surveys were at odds with the developer’s surveys. He criticised the 2019 survey.

“If you know what you’re looking for, signs of badger activity were plentiful, clear and unmissable, so why were they missed or ignored?”

‘Somebody has got to speak for the badgers’

“Somebody has got to speak for the badgers and that’s what we are trying to do.

“This population of badgers would have lived here for generations. I’m very, very concerned why the 2019 survey didn’t find any badgers.”

“On the assumption you do get licence from Natural England, what mitigation are you prepared to offer for remaining badgers to forage? You are going to put tarmac, concrete where they like to dig for worms, for setts. What are you offering? What wildlife enhancement will there be on this estate?”

In response, Mike Ashworth, on behalf of Redrow Homes, said

“A significant area of site will be undeveloped and landscaped, 30% of the site, a lot more than a normal housing estate. In there you’d have a combination of planting of trees, wildflower, shrubs.”

“Badgers don’t eat pretty flowers, they like to eat worms.”

Mr Ashworth revealed the developer received permission from Network Rail last week to survey the land above the site for badgers.

After councillors rejected the council’s recommendation to approve the scheme, committee chair Cllr John Mann proposed deferment pending the publication of the badger survey, which councillors agreed to unanimously.