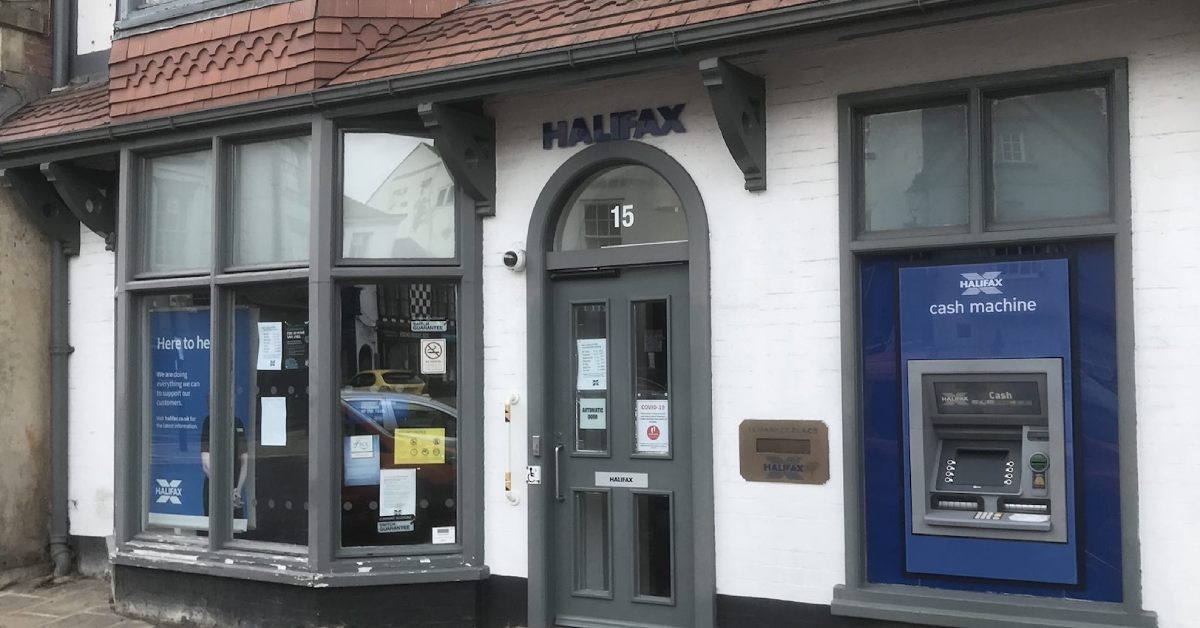 The Halifax in Knaresborough, which closed this month.

Banks are being urged to consider collaborating in North Yorkshire to create one-stop shops for their services on high streets.

The closure of banks has been keenly felt in the Harrogate district recently.

The Halifax closed in Knaresborough this month, leaving a town with a population of 15,000 without a bank.

This prompted Harrogate Borough Council to conduct a survey on what facilities Knaresborough people would like to see in the town.

Between 2015 and the end of this year a projected 340 bank and building society branches will have closed across Yorkshire, leaving 386 branches.

HSBC recently announced it would shut its branches in Northallerton and Richmond.

A meeting of North Yorkshire County Council’s Richmondshire constituency committee heard a scarcity of banks was proving particularly challenging in rural areas, where people suffer with poor broadband and mobile coverage, and there are higher populations of older customers.

One resident, Georgie Sale, told the meeting the branch closures displayed “a lack of understanding in how rural communities work”.

She said as a result of the closures she had been left feeling “terribly vulnerable” while queuing for 30 minutes to pay in the proceeds from a village hall fundraiser at her local post office, which is now located at the back of WH Smiths.

Councillors said customers wanting to use banking services faced horrendous queues in post offices as their staff had been overwhelmed since the banks closed.

The meeting heard how access to bank services for numerous communities was reliant on just one firm continuing to operate.

A council spokesman told the meeting although the council recognised the issues being highlighted and would continue to raise concerns, neither the authority nor the government had any power to stop bank closures.

Following an inquiry into the issue by the authority’s corporate and partnerships scrutiny committee inquiry in 2019, the council carried out a review of sites where cash machines could be located.

However, Liberal Democrat councillor Bryn Griffiths said the issue was far wider than just cash machines and said places where people could deal with someone person to person, particularly for complex transactions, were needed.

“Not everybody wants to use or trusts IT. I think we should be encouraging banks to get together and knock their heads together and perhaps join up and provide some sort of banking services facility. I do feel we are losing out in the rural areas significantly.

“What we should be doing is encouraging banks to talk and work together to provide services to rural communities. It is clear they are just upping shop and walking away. It is not good enough.”

The meeting was told one-stop shop banks, offering not only personal banking services and loans, but also investment advice, investment vehicles and insurance policies, were common in other countries, such as Sweden, and the meeting heard calls for the county’s MPs to promote the concept to banks.

Conservative Upper Dales councillor Yvonne Peacock said local solutions were needed as every community was different. She added: “That is probably the only way forward. We can’t tell these big banks what to do unfortunately, that is their businesses.”