The BBC’s Antiques Road Show is set to come to Newby Hall this summer – sadly the show is closed to the public due to coronavirus.

What has been your personal highlight from working on Antiques Roadshow?

I feel incredibly lucky to have spent the last 13 years working on the Antiques Roadshow. I love doing it and I’ve had so many highlights from over the years. My personal favourite would probably have to be when a man of the cloth turned up with a painting, which he thought might be a Van Dyck. I looked at it – and I was making a programme about Van Dyck at the time – and I thought it had the look of the genuine article. And so we had it examined and my hunch turned out to be right. It has been proven to be the case and it is now being exhibited as a Van Dyck. I can’t imagine that will ever happen to me again in my lifetime and it’s definitely a highlight for me.

Why do you think the show continues to be so popular?

I think it’s amazing that the Antiques Roadshow is essentially the same as it has been for more than four decades and it’s still hugely popular. What makes it eternally popular is probably what I love about it – that we all hope that we could have something gathering dust on the mantelpiece or in the attic that either turns out to be very valuable, or has an amazing story. It happens week-in, week-out and you’d think that the well would begin to run dry and it hasn’t. We still find amazing things every week. You can never predict what will turn up once a visitor brought along a vanity set that had been on Donald Trump’s yacht. It was as tasteful and restrained as you might expect – that’s to say it was fabulously bling.

What is your earliest memory of the Antiques Roadshow?

I still remember watching Antiques Roadshow as a child with my parents, on a Sunday night, sitting in our 1970s living room. I gradually came back to it as an adult and then I was asked to present it which I had no idea was coming! I was absolutely thrilled. It’s not often that you get asked to work on a programme you’ve watched for so long and genuinely watch at home.

Has any of the experts’ knowledge rubbed off on you?

I’ve certainly learnt more about antiques. I have my own collections. I have paintings. I collect things called “samplers” which are Victorian pieces of needlework usually done by children in a workhouse to show that they have a skill, which can be used in service, stitching household linen or that kind of thing. I think they’re very humble and very beautiful. But our experts are like walking Wikipedias! They’re incredible. And they just fish knowledge out of their brains, which is a marvel to behold.

What is the most surprising item someone has brought to a valuation day?

If I had to pick the most unusual thing that’s turned up in the time that I’ve been working on the show – could it be the man that turned up with an case full of loo chains, just a small sample of his collection? Could it be the man that turned up not once, but twice with a foetal membrane dried onto a piece of A4 paper that had belonged to his great-grandfather. It’s called a “caul” and it used to be a talisman against drowning and it used to have some value! Or could it be the lady who brought along a potty that had a picture of Hitler on the bottom and when you did a little “tinkle” into it, it played its own little tune. And because it was rare, I think it was worth over £1000 from memory.

What are your most memorable moments whilst working on the series?

Some of the most moving stories stick in my mind, many I will never forget, such as the man who brought along a set of GI medals from the Second World War. His story began with his finding a cache of love letters written to his mother by an American GI who had had an affair with her while his father was away serving in the Second World War.

The letters revealed that his mother had had a baby with this man and it became apparent to him that he was that child. He tracked down the GI’s family in Virginia who welcomed him with open arms and filled in the gaps. They told him that his father had agreed to forgive the infidelity and bring the baby up as his own – and indeed loved him as such all his life – and the American GI decided reluctantly to stay away so as not to make a delicate situation even more difficult. The GI’s descendants knew all about the baby being brought up in Britain and were thrilled to meet him at last. It was a very moving experience for all of them.

The man came to the Roadshow with his American GI father’s war medals, which the family had decided should go to his newly discovered son. As the man told me this story he was moved to tears – and who can blame him? 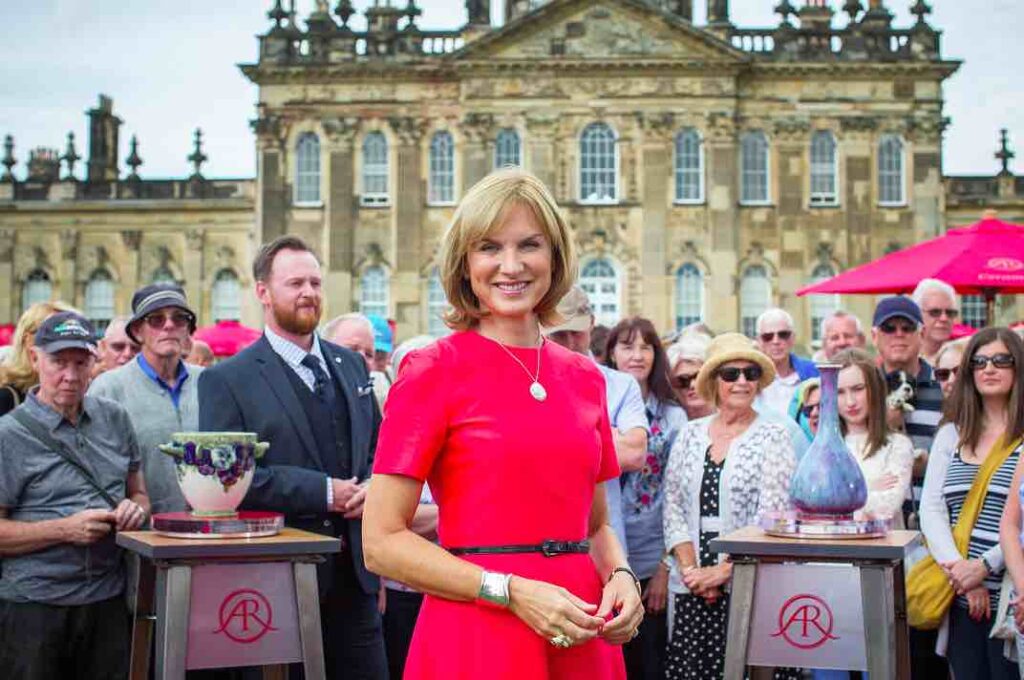 Is there anywhere that you still yearn to take Antiques Roadshow to?

New Zealand! We would find extraordinary things there; I’m sure from antiques belonging to British settlers to Maori culture.

What are your hopes for the future of Antiques Roadshow?

This Ripon pie company has been through a lot in its 90-year history. It turned to pizza during the pandemic and has now bounced back to create new jobs.