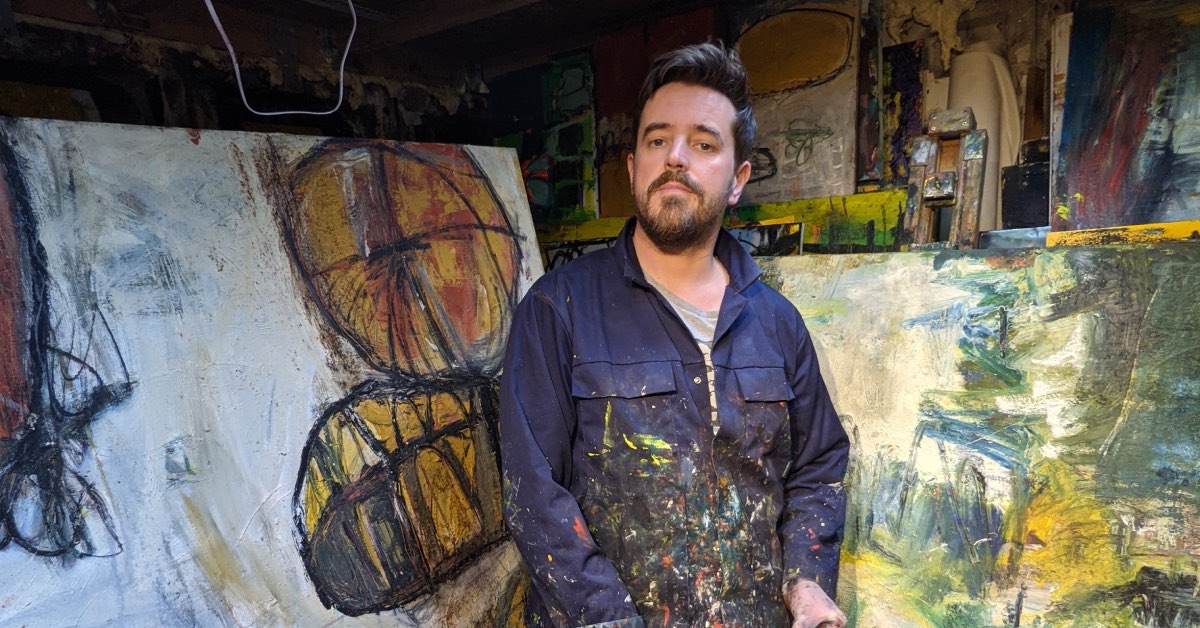 Tucked away in a garage in Bilton is a local artist who, when not teaching, can be found splashing colour onto canvases for people across the globe.

Martin Sloan graduated from Sunderland University with a Fine Art degree in 1999. He said like many creative people he dreamed of making money out of his passion.

Now, he is the head of art at King James’s School in Knaresborough and sells his art for as much as £3,000 to hang in homes and offices around the world.

When he’s not teaching you will find him paintbrush in hand in his garage studio putting all his energy and emotion onto the canvas.

Mr Sloan uses wild and bright colours to create his abstract art and calls it “his escape and biggest passion”. 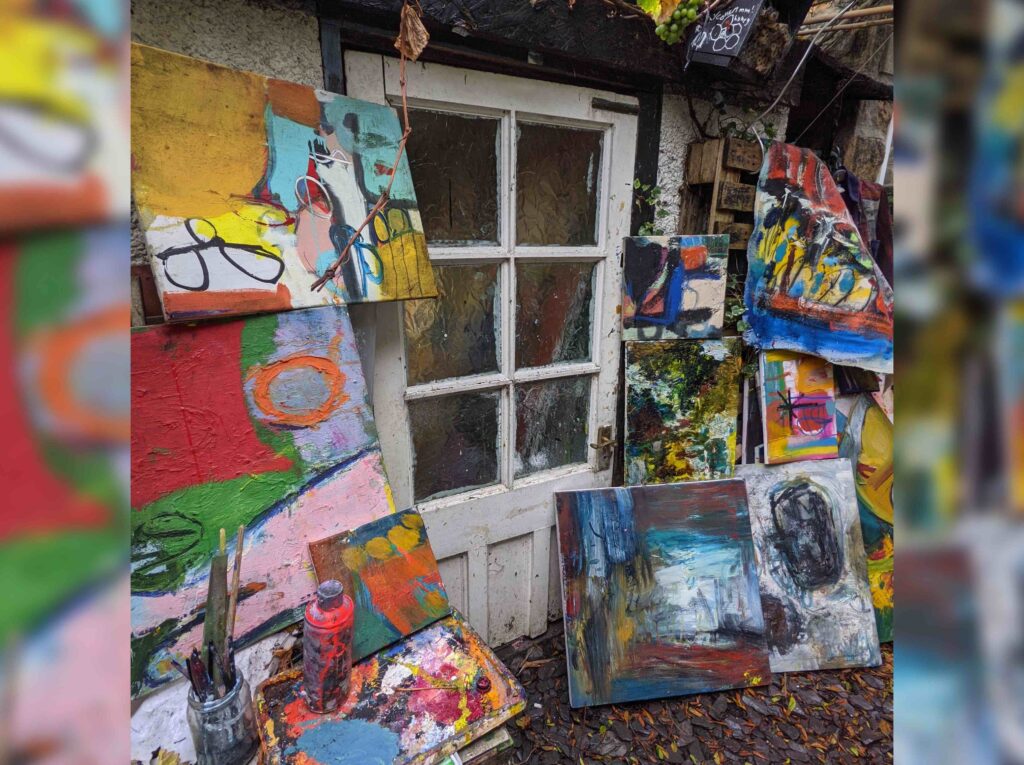 His studio in Bilton.

Living in Bilton for 16 years, Mr Sloan said his art sales have really picked up in the last year with one going a millionaire dollar mansion in New York.

“Art still really excites me, I’m surrounded by it all the time at school and then at home. Sometimes I’m inspired by a walk along the Nidd sometimes it’s a holiday in the South of France. That’s why I love it.”

Mr Sloan puts his style of art down to his “transient lifestyle growing up in the military”. He says the abstract nature is a reflection of moving a lot and only settling to an area later in life with his wife and children.

He is often amazed by where his art ends up:

“It’s amazing that it comes from my garden shed in Bilton and they go all over the world.” 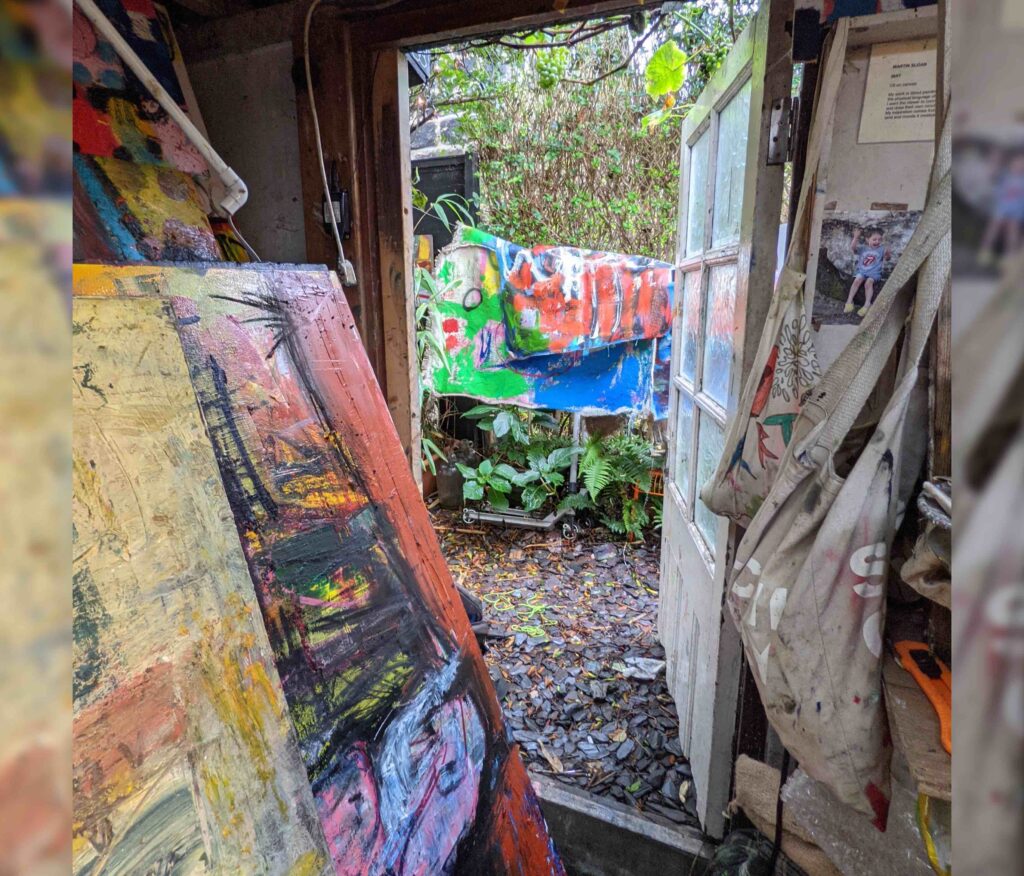 Hidden away in Bilton