0 Items
Bilton by-election: What issues matter most to voters?
by

The people of Bilton head to the ballot box on Thursday to elect a new county councillor for the Bilton and Nidd Gorge division.

The election is being held following the death of Liberal Democrat councillor Geoff Webber.

We spoke to different Biltonians to find out what are the issues that matter to most them.

We will ask each candidate standing in the by-election what they will do to tackle the issues raised and publish their responses tomorrow. Read more about each candidate here. 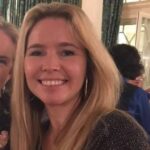 Debbie Dilasser moved to Bilton with her family in 2006.

She said she “loves living here” but that anti-social behaviour is an increasing problem. She thinks community wardens could be employed to talk to young people who might be mixed up in bad behaviour.

“Anti-social behaviour is definitely on the increase. There are a lot of suspected drug deals happening on back streets.”

Ms Dilasser said she wants to see councillors active in the local community.

“Councillors should be representative of their constituency and unsettle the status quo.”

She said due to the proliferation of new housing in Harrogate, Bilton gets “short-changed” when it comes to infrastructure. She also thinks councillors can do more to improve other things such as street lighting.

“There’s not a lot of space. Schools and doctor’s surgeries are all full.”

“Street lighting around here is quite bad. If I come back home late at night they are not very good at all”. 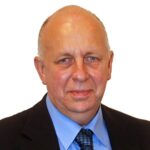 Steve Pepper is a retired businessman and ran the Bilton community and police group until 2010.

He said safety is an important issue to him and praised the late Geoff Webber for his contributions on the issue.

“Geoff Webber always supported the group and turned up at every meeting.

“We got some good advice from him. He was a typical local councillor and if we can find someone like that who can represent our community on the council then I’ll be happy.”

Mr Pepper said national issues such as the government lobbying scandal won’t be playing on his mind when he votes. He said the national political parties “are all as bad as each other”.

He is proud of the Nidderdale Greenway but said dog fouling is an increasing problem and more action needs to be taken to clean the popular cycling and walking route up from discarded poo bags and mess.

“If horses eat dog poo it can cause them problems. Why people don’t take their bags home, God only knows”. 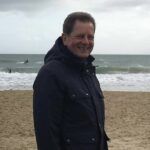 Andrew Castelow lives in Bilton with his family and said environmental issues are important when he votes in local elections.

He said he was proud of the local efforts to create Long Lands Common and the fight to protect Nidd Gorge from a new “relief road”.

North Yorkshire County Council rejected the relief road proposal in 2019 and Mr Castelow said he hopes the controversial issue doesn’t come back on the table in the future.

“I can’t see the relief road idea coming back as an issue in the next year or two, but in another five years it depends on how rapidly things change with people working from home.”

He said anti-social behaviour and crime is not an issue in the part of Bilton where his family lives, “and long may that continue.”

Congestion on Skipton Road is a long-standing problem and he would like to see more bus services to help encourage car drivers off the road.

“Congestion is an issue. It would be more helpful to see more local bus services”

“The town has done a commendable job getting electric buses, but we have to walk further than we’d like to our nearest stop.”