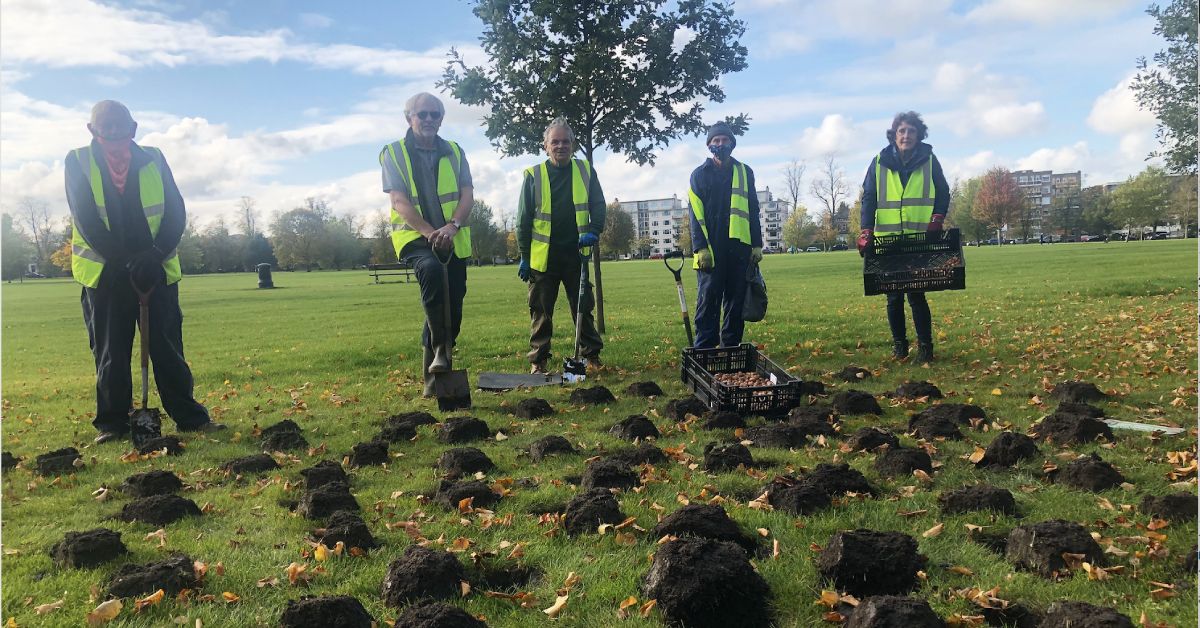 Bilton Conservation Group is one of a number of volunteer groups that will be planting crocuses on West Park Stray over the coming days.

Five volunteers from the group began planting 5000 bulbs this afternoon.

The team were enthusiastic to take part in the council’s project to plant 60,000 crocuses across West Park Stray.

Other organisations will take over planting as it continues over the weekend and into next week.

Bilton Conservation Group has been involved in several similar projects with the council. Normally a project like this would include 20-30 volunteers from the group but due to covid restrictions they could only invite five.

“This is our contribution to the town effort. It’ll look fantastic at Easter. This is what we do in Nidd Gorge principally with the trees and footpaths but this is something different and you’ll see the benefit.

“We’re putting 5000 bulbs in two hours. It’ll be a great benefit there’s been a lot of adverse publicity with this part of the Stray with the problems with the flooding after the cycling event. But we’ve been having a lot of positive comments as people walk by. They just start to be seen in February.” 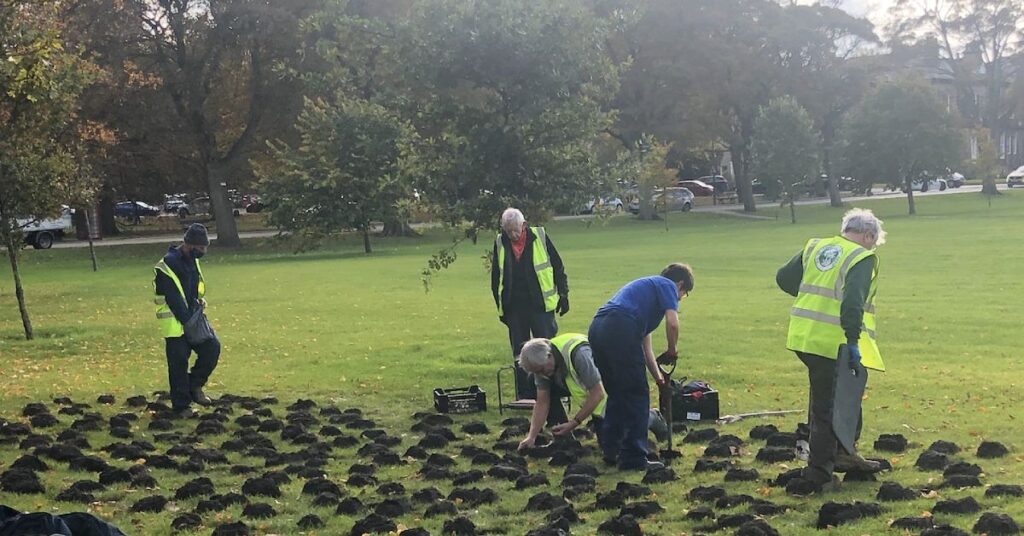 This is one of several groups who volunteered to help plant the 60,000 crocuses.

The council has said it received a huge number of responses to its call for volunteers.

West Park Stray was damaged by the UCI World Championships a year ago to the dismay of many residents. It has gone under extensive landscaping work since then and the council is hoping the crocuses will create an impressive display for next Spring.