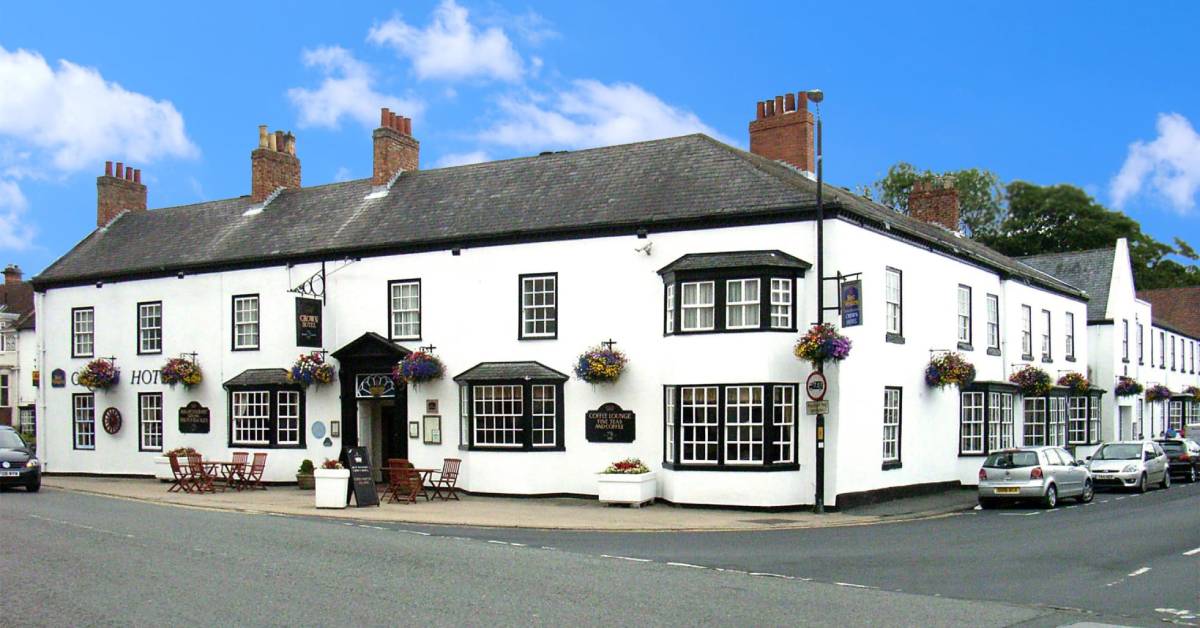 The Crown Hotel on Bridge Street in Boroughbridge.

The owners of the Crown Hotel in Boroughbridge have unveiled plans for a £450,000 refurbishment.

The Coaching Inn Group took over the historic 37-bedroom hotel back in February after its parent company, RedCat Pub Company, purchased it from Best Western for an undisclosed fee.

Now, according to planning documents submitted to Harrogate Borough Council, the company looks set to refurbish the site.

The plans include a range of alternations both inside and outside the hotel including creation of cycle and motorbike parking, new external hanging baskets, new signage and painting scheme and an outdoor seating area.

It also includes proposals to refurbish the current facilities, including the bar, kitchen, office and reception area and the creation of a coffee lounge.

JEH Planning, the agent which submitted the plans on behalf of Coaching Inn Group, said in a planning statement that the hotel had been in “decline as a business”.

“The Crown Hotel at Boroughbridge has been in decline as a business.

“The building has not benefitted from the level of investment commensurate with its high architectural and historic significance.

“Over the years piecemeal changes and additions have resulted in a situation that does not optimise the use of the building or serve to enhance its special character.

“The Coaching Inn Group have recently purchased the property and are keen to undertake sensitive refurbishment works. They have a significant budget of around £450,000 to invest in undertaking these works.”

Harrogate Borough Council will make a decision on the planned refurbishments at a later date.