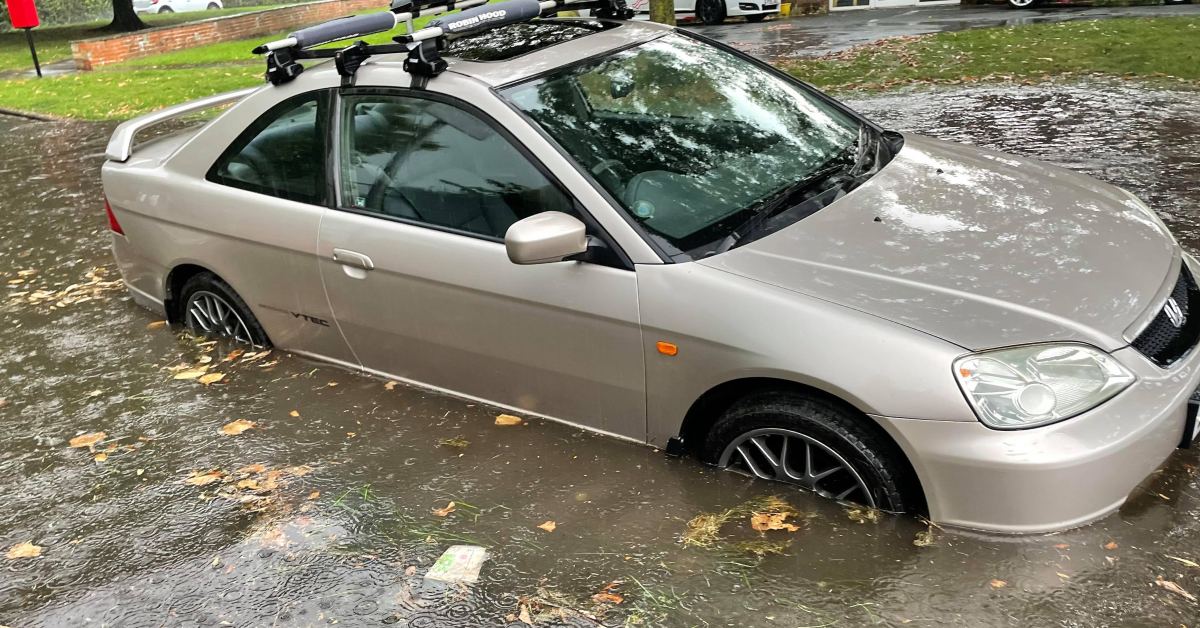 Streets in Boroughbridge have been left under water this evening as flash floods hit the Harrogate district.

After a balmy day, the forecast storms arrived by late afternoon.

Loud thunderclaps were heard in Harrogate but it was Boroughbridge that felt the full brunt of the weather.

Springfield Drive (pictured) and Springfield Grove were both left treacherous. 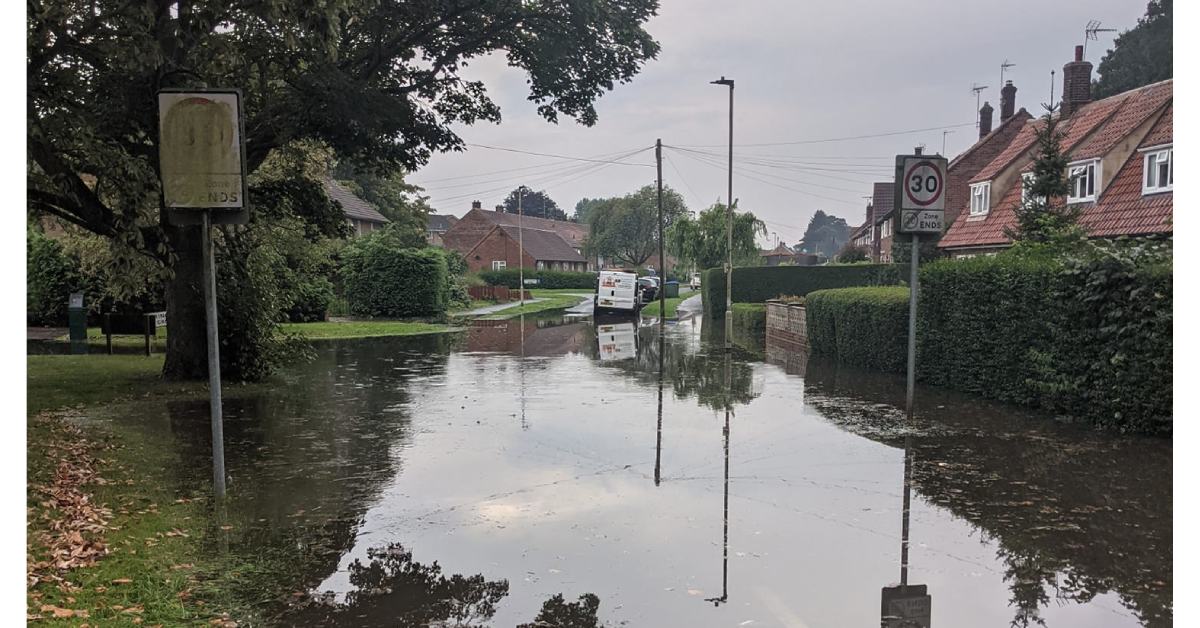 Local resident Mandy Lambert, who took the photo above, said the state of the drains was a long running source of concern among residents.

“It’s ridiculous how flooded we get.

“The council won’t do anything unless it goes into the residents’ houses.”

A yellow weather warning remains in place in the district for thunderstorms tonight until 11pm.