0 Items
Calls for ‘dangerous’ Starbeck junction to be improved
by 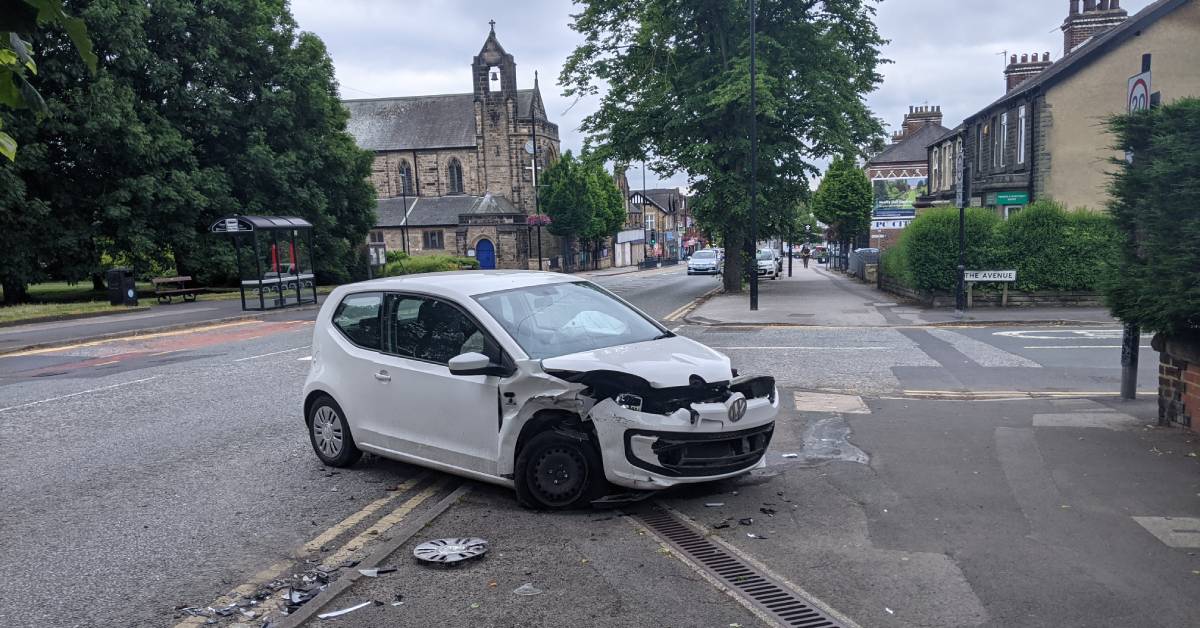 A Starbeck councillor has called for a notorious junction to be made safer following a car crash on Wednesday.

The collision occurred when a car pulled out of The Avenue onto Starbeck High Street at around midday. Two men were taken to hospital but their injuries are not thought to be serious.

A police officer at the scene told the Stray Ferret collisions are common at the junction due to visibility issues. Cars often park in the lay-by next to the junction and a tree also obscures the view for motorists pulling out.

Liberal Democrat councillor Philip Broadbank, who has represented the area for over 40 years, called on North Yorkshire County Council‘s highways department to take a look at the junction to make it safer.

He said residents in more than 350 homes frequently used The Avenue to get onto the high street.

“It’s a problem for people trying to get out as it’s difficult to see. Vision is a problem and it’s dangerous.

“We need to look at the lay-by issue.”

“Its a problem as people get frustrated trying to inch out.”

“Turning out of and into The Avenue is a nightmare. Visibility down toward the level crossing is terrible so you have to edge out.”

“The trees need cutting on that junction, you can’t see to go there!”.

“We take our road safety responsibilities seriously and will always act should there be a need to do so.

“In this instance, we await details of the incident from the police, but are unaware of particular safety issues with this junction.

“Care should always be taken when exiting from a side road on to a main road which is always very busy.”