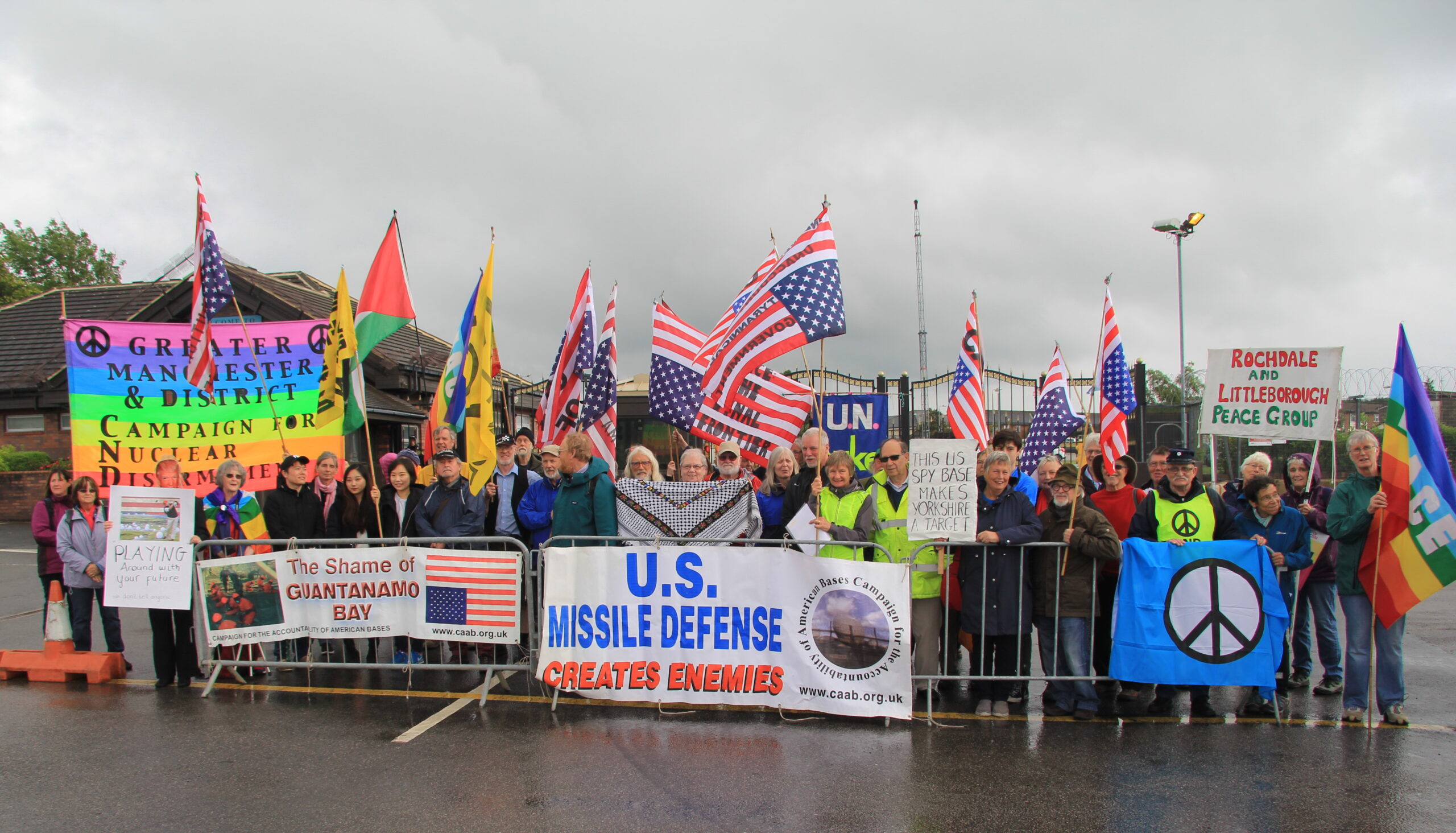 Campaigners at a previous protest.

Campaigners will meet outside Menwith Hill on American Independence Day, July 4, to protest against the secretive surveillance base.

The event is being organised by the Menwith Hill Accountability Campaign and a letter will be handed to the site’s US Chief of Station. A webinar for people protesting at home will also take place and will include speeches from experts in the field of surveillance.

Sarah Swift from MHAC told the Stray Ferret they want to raise awareness about what goes on at the site, which she called a “great spider’s web underground”.

“They are collecting so much information and we need to question what the base is doing here.

“Some people see the radomes as beautiful artefacts but I find them very sinister.”

“I do feel very worried. The first thing in any major conflict is the enemies target communication centres first.”

The Stray Ferret has asked the Ministry of Defence, which owns the site, for a response to the protests. It has not responded at the time of publication.

Built in the 1950s, Menwith Hill is the United States’ largest overseas surveillance base. Giant radomes, or “golf balls”, are a distinctive feature of the site. A 2016 investigation published by The Intercept that included documents from whistleblower Edward Snowden found Menwith Hill has been involved in controversial drone bombing campaigns in Yemen.

Since 2000, protestors have taken part in a weekly demonstration outside Menwith Hill which has been halted due to lockdown.

In February this year, Harrogate Borough Council granted planning permission for the Ministry of Defence to build three new radomes at the site.