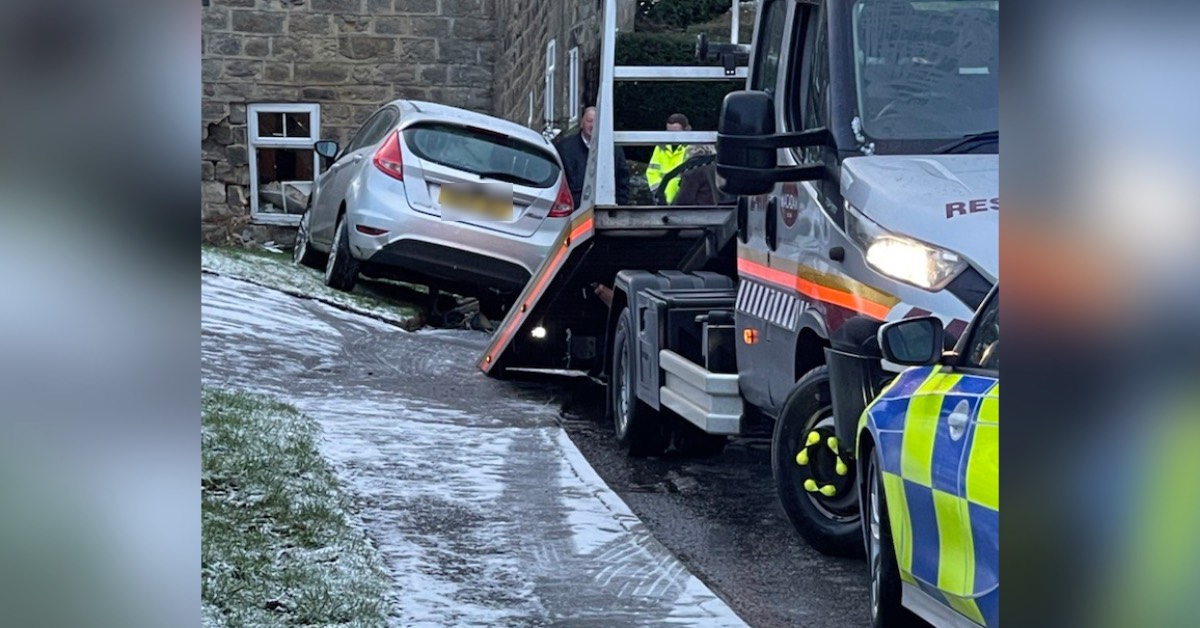 Emergency services were called to North Rigton this morning after a car crashed into a house.

Images show a silver Ford Fiesta car struck the corner of a cottage on Rigton Hill, just north from the Square and Compass pub.

Police and fire crews responded to the incident at around 8am and were able to manage traffic while ensuring the scene was safe.

North Yorkshire Police said the incident caused “significant damage to the front of the property and the vehicle”. It added:

“Thankfully, no one was injured and the homeowner was not inside when it occurred.”

Police and fire crews said this was a damage-only collision and there were no reports of any injuries.

“This was a single vehicle road traffic collision involving a car impacting a building. All the persons were out of the vehicle on the arrival of the fire crews, who worked to make the scene and vehicle safe.”

A recovery vehicle arrived to remove the car just after 9.30am.

Police are investigating the collision and any witnesses are asked to call North Yorkshire Police on 101, select option 1, and speak to the Force Control Room. The reference number is NYP-07012022-0047. 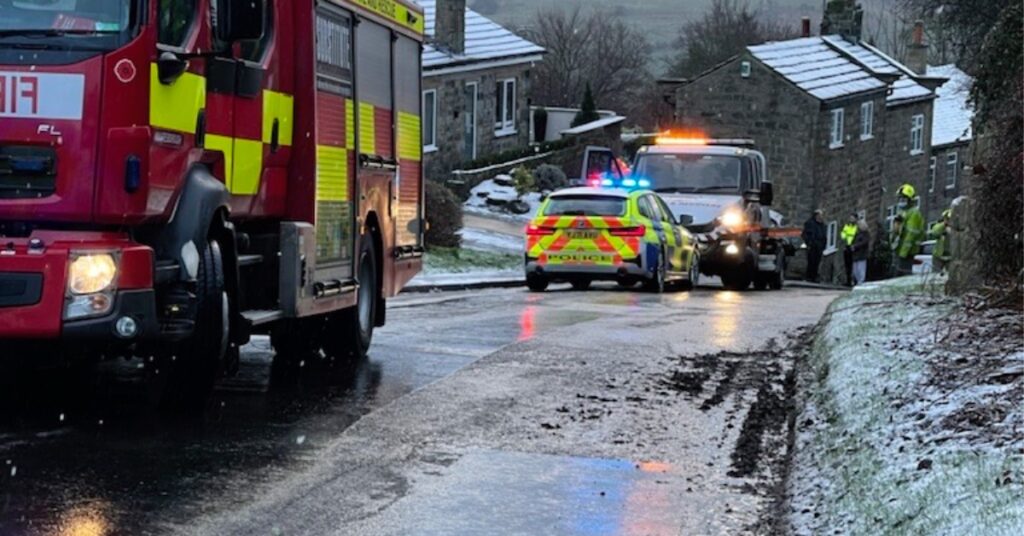