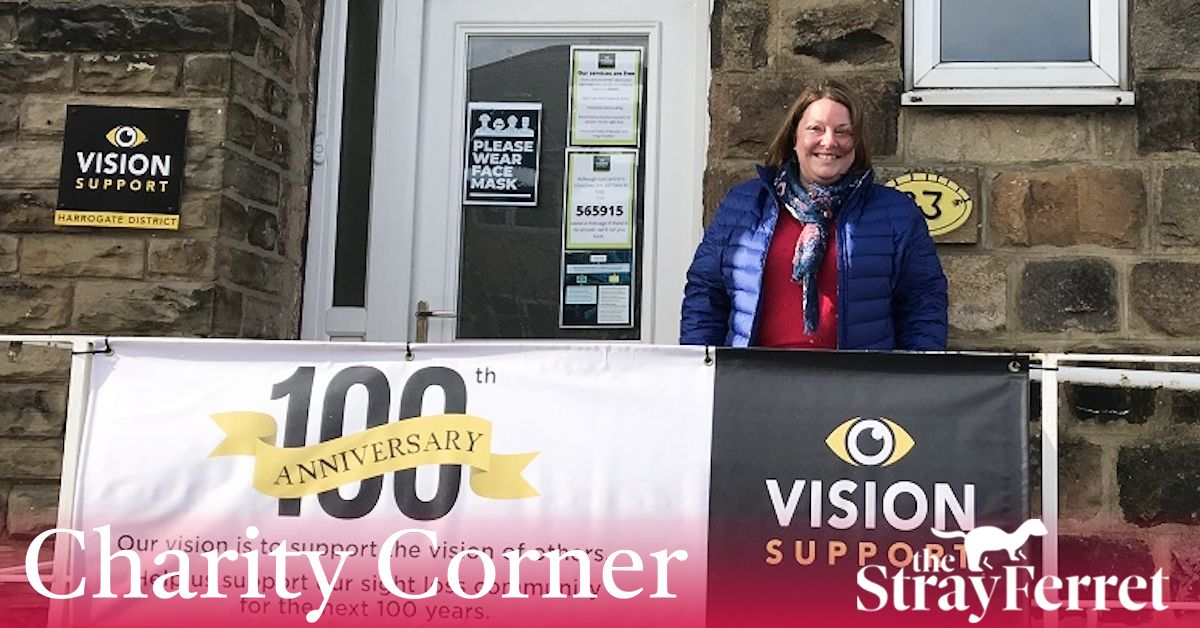 This Harrogate district charity has offered support to local people since war times and says it will continue to be there for the next 100 years.

It was set up in 1921 to help soldiers blinded during the First World War. Over the century it says it has diversified to meet peoples needs.

It now has a drop-in centre in Harrogate for regular eye clinics and classes. It also organises satellite meetings in Ripon and Pateley Bridge for those living rurally to still feel supported. 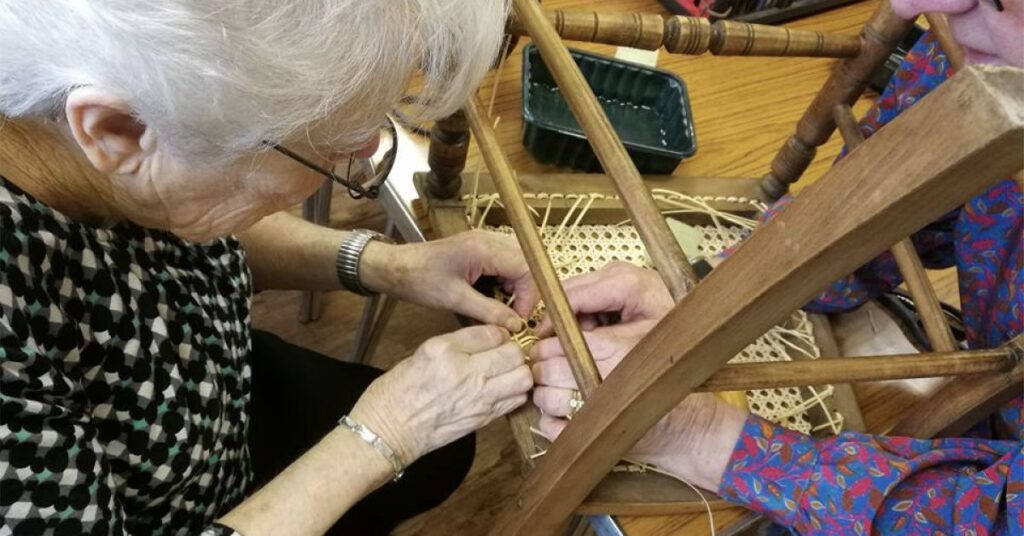 Members of the charity getting involved in a chair caning class.

The charity’s staff and volunteers work with anyone who has recently been diagnosed with an eye condition, is registered as sight impaired or needs help for someone they know who is experiencing sight loss.

During the pandemic, the day centre had to close and instead the team have been ringing members as often as they can and kept them up to date with newsletters.

The charity’s director Tanya Stimpson knows first-hand the impact of sight loss after becoming a member 24 years ago. She said:

“It’s been a difficult year but we’ve been overwhelmed by the generosity of local people. We are so grateful to everyone involved in helping our organisation, not just at this challenging time, but over the last 100 years.

From our volunteers and trustees to all the local people and businesses who raise vital funds for us, we couldn’t have reached this amazing milestone without you.” 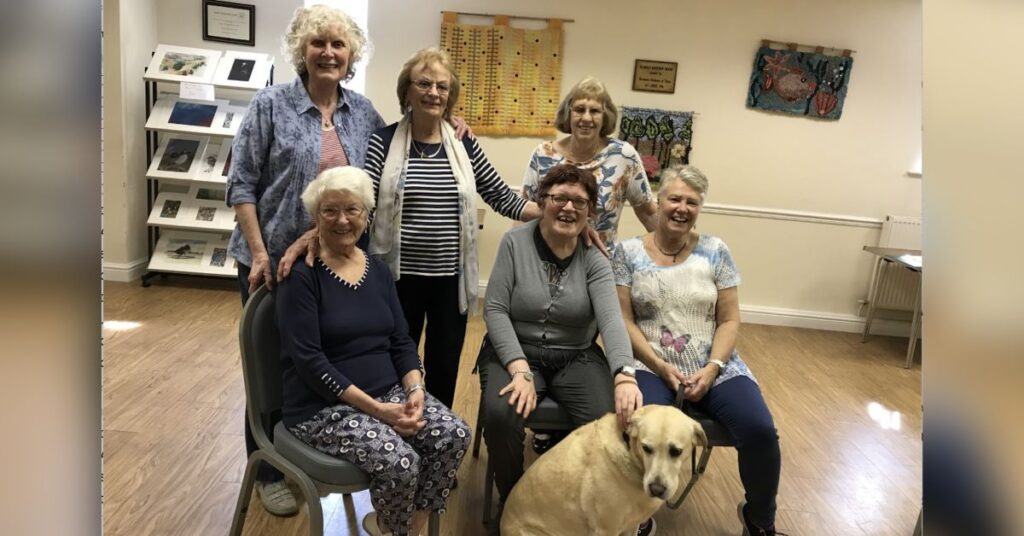 Charity members after their line dancing class – even the guide dog joined in!

Founded on February 4 1921, a year after Parliament passed The Blind Persons Act, the charity began the Harrogate Blind Association. With Ripon being affiliated in 1922.

“In some ways, what visually impaired people need and what we are doing now has not changed much in a century. We understand how frightening and lonely it can be for people experiencing sight loss, and we are here to help, support and advise them and their families as much as we can.” 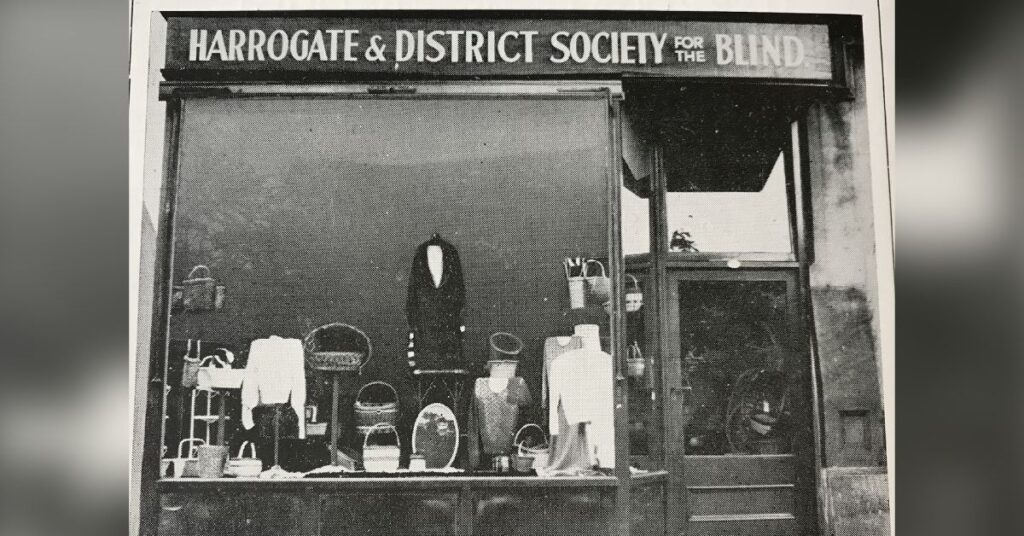 In the 1930’s the members would sell what they had made in the charity shop.

It changed its name to Vision Support Harrogate District in 2016. It now has regular contact with over 300 visually impaired people, is a point of contact for 400 more and makes around 1,000 outreach visits each year.

Membership and most services are free to join.