0 Items
Charity donations set on fire behind Knaresborough shop
by 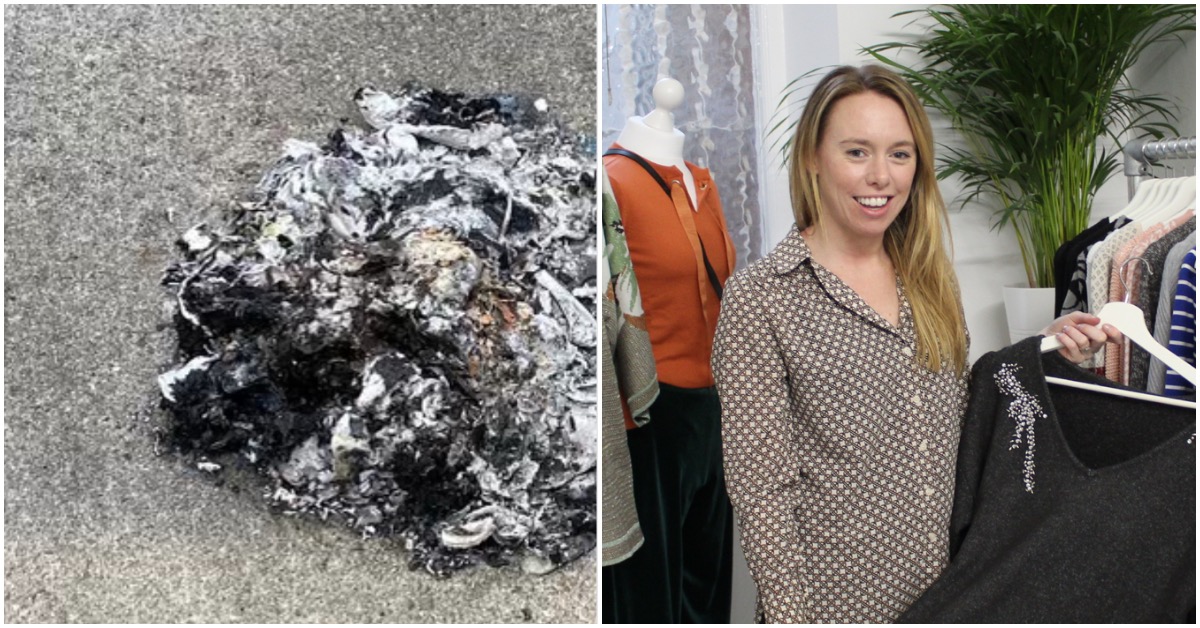 The ashes of the fire and Rebecca Lombardi, owner of The Clothing Store of Knaresborough.

Stolen clothes that were left as donations to a charity shop have been set on fire behind a shop on Knaresborough high street.

The ashes from the fire were discovered at the back of The Clothing Store of Knaresborough on Saturday morning.

Shop owner Rebecca Lombardi later learned the clothing was taken from outside St Vincent’s charity shop, over the road on the high street.

It happened just weeks after Blind Jack’s pub, on Market Place, was damaged in an overnight fire.

Ms Lombardi posted about the incident on social media to warn other businesses and attempt to gather more information.

“It could have been really dangerous, it was close to the bins and if it had got out of control I would worry for the two flats upstairs.

“I was shocked initially but then I started thinking about Blind Jack’s a couple of weeks ago and lots of thoughts were rushing round my head.

“Hopefully it was just a one-off.”

Ms Lombardi said police initially told her it was a civil matter because there wasn’t a witness but Knaresborough resident Philip Allott, who is North Yorkshire’s Police, Fire and Crime Commissioner said he had escalated the investigation within North Yorkshire Police.

Mrs Lombardi said the police subsequently requested CCTV footage of the entrance to the back area.

She said she felt better after putting details of the incident social media because she knows other businesses are now aware.

North Yorkshire Police has not responded to requests for further information.