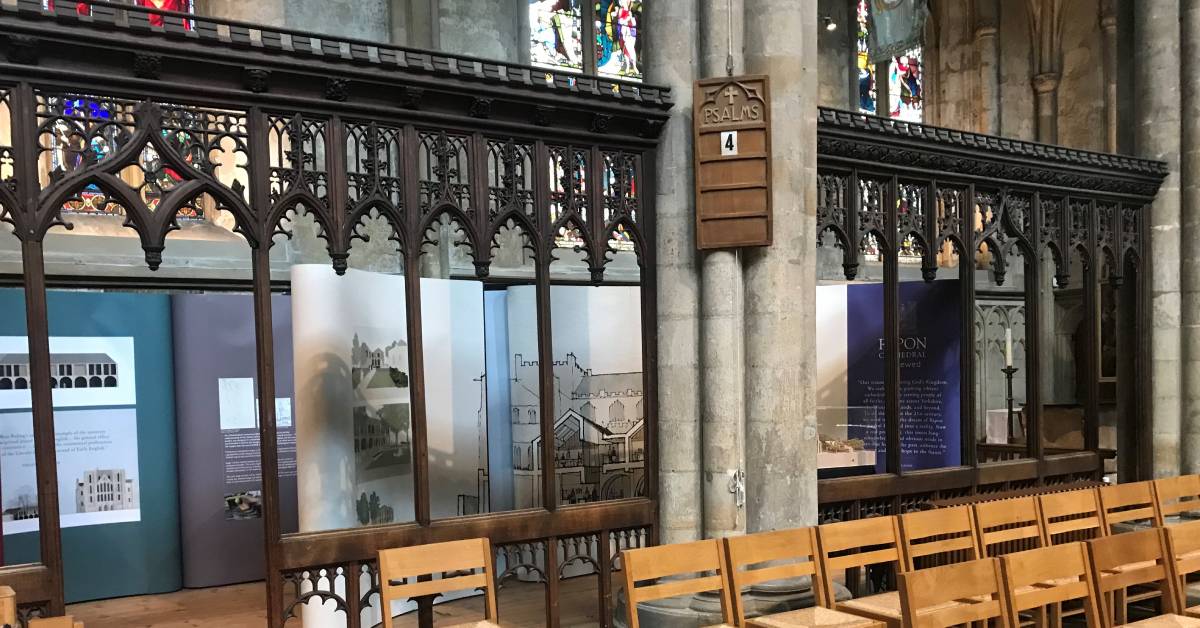 The exhibition panels and model are currently in the quire at the cathedral.

City councillors have expressed concerns about a lack of consultation over Ripon Cathedral’s plans to erect a two-storey building next to the Courthouse Museum.

Re-elected and newly-elected Ripon city councillors, at their first full meeting since the May 5 local elections, said they have not been formally invited to see or be briefed about the £6m scheme.

The scheme has been brought forward as an alternative to the initial plans for an extension to the south side of the iconic building.

The new proposals, involving a standalone multi-purpose building including a cafe, toilets, gift shop and space for the cathedral’s choristers, are currently on display in the quire area, as part of a community consultation.

On May 24, the Stray Ferret reported that a model and exhibition panels focusing on proposals to develop the site to the north of the cathedral, were on display in the north transept.

The exhibition was temporarily removed from this location to make room for the cathedral’s platinum jubilee celebrations, which included the civic service for North Yorkshire and a timeline tea party for people born in each year of the Queen’s reign. 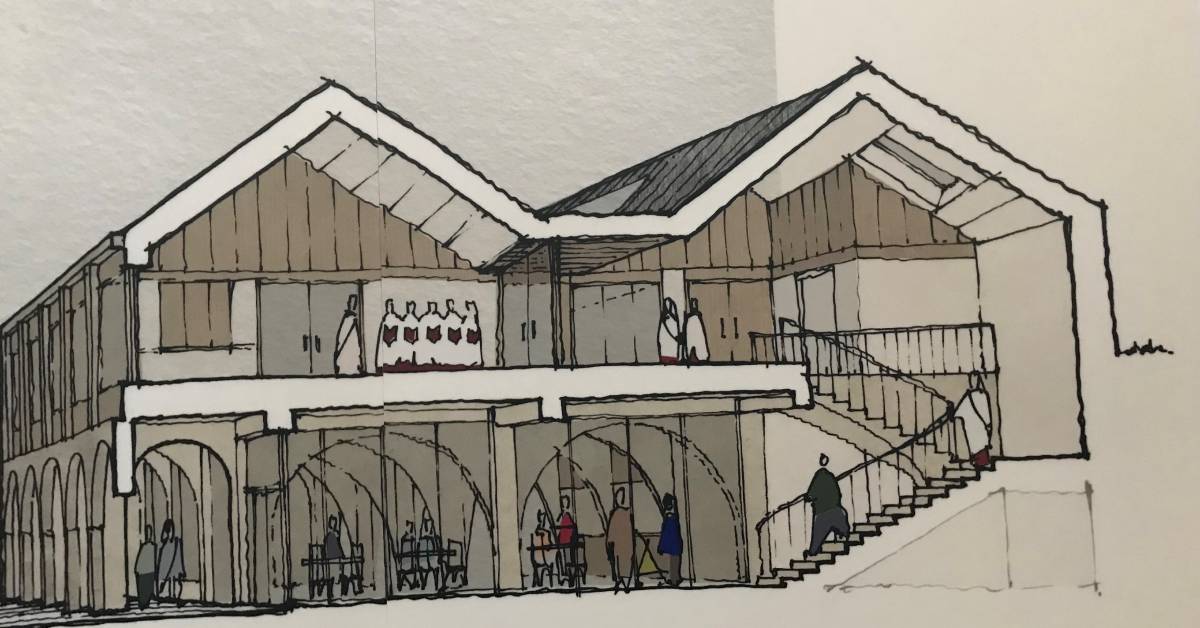 An architect’s design of the two-storey building.

Now the plans can be viewed in the area to the left hand side of the quire and there is a questionnaire that can be filled out and placed in a collection box.

“I’m afraid that sticking a model and plans at the far end of the cathedral, is not, in my opinion, the best way of seeking comment on proposals as important as these are.

“As the city’s elected representatives it is imperative that we as a body are fully briefed and have the opportunity to make our views known, but up to this point, we have not been engaged in the consultation process.”

“I have my personal opinions on these new proposals, as I did on the previous extension plans, but I will keep those to myself for the time being.

“However, there are important issues that need to be looked at very closely, such as what will happen to the trees on the site in the planned development area and the proposal to close Minster Road to through traffic.”

Cllr Williams said that a detailed look at the proposals will be brought forward as an agenda item for the July full council meeting.

A spokesperson for the cathedral, said that as well as working closely with North Yorkshire County Council and Harrogate Borough Council, Ripon City Councillors have been informed via its membership of Ripon Together that the cathedral will be providing an opportunity for a formal conversation to take place.

“We are delighted that many members of the community have already taken the opportunity to respond via our feedback forms. The response so far has been very positive and the feedback we receive will help develop our plans going forward.

“The exhibition will be on display for a number of weeks and the public can respond at any time; comments can be sent in writing and via email to [email protected] or Julia Barker, director of operations, Liberty Court House, Minster Road, Ripon, HG41QT.”