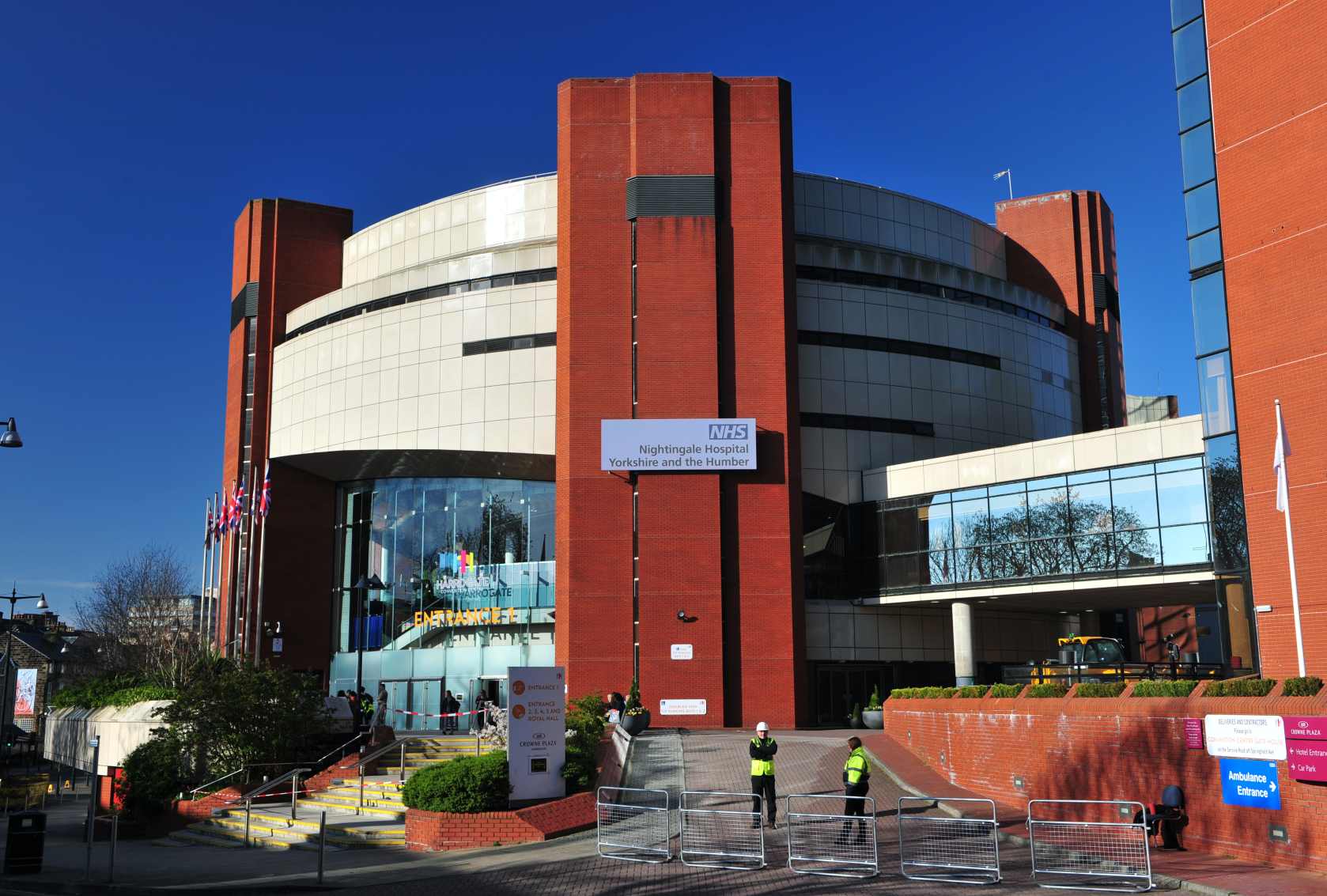 With less than four weeks remaining in the contract between the NHS and Harrogate Convention Centre, both parties are remaining tight-lipped about the future of the Nightingale Hospital.

The initial agreement allowed the NHS to establish the emergency hospital across eight halls at Harrogate Convention Centre and was set to last until the end of June. No rent was payable to HCC – which, owned by Harrogate Borough Council, had to cover costs using taxpayers’ money.

Now, with the end of the contract looming, the council has refused to comment on whether any further agreement has been made.

However, with national government advisors speaking publicly about the likelihood of a second wave of Covid-19, it seems unlikely the NHS will take down the facility in the near future. England’s chief medical officer, Prof Chris Whitty, said this week:

“It may be that there’s a seasonal element and if so, for most respiratory viruses, they are more likely to be transmitted, there is a higher likelihood of transmission, in the winter.

“The winter is always worse than summer, spring and autumn for health services, and we need to think about this in terms of how we come out for the next phase.”

While having the NHS Nightingale on stand-by has been described by many as reassuring, concerns have been raised repeatedly about the potential impact on the local economy – especially as hospitality businesses prepare to reopen in early July.

Harrogate’s businesses are heavily reliant upon tourist and conference visitors to the centre, which says that it contributes around £60m to the local economy. Hotels, restaurants and bars have already spoken out about the need to fill the gap left by the conference trade.

Harrogate Borough Council refused to make any comment on the status of negotiations with the NHS over the future of the Nightingale hospital, saying the contract was confidential. Last month, HCC director Paula Lorimer told The Stray Ferret that the next events were scheduled for August and, in the meantime, she was doing all she could to reschedule events which could not be held.

This week, Harrogate District Chamber of Commerce’s chief executive, Sandra Doherty, told The Stray Ferret it was a “feather in Harrogate’s cap” to be chosen to host the NHS Nightingale for the region. However, she warned:

“The conference and exhibition industry is the life blood of Harrogate’s economy, and those businesses that rely on this vitally important trade need clarification as to when these venues will be handed back.

“Whilst the coronavirus lockdown has resulted in the cancellation and postponement of many events, organisers will now be looking to reschedule them for later in the year. Harrogate is blessed with a number of other superb conference facilities, and we need to do everything we can to encourage organisers to consider using them as an alternative.

“We must do everything in our power to keep new and existing business here.”