0 Items
Colourful donut shop is a Harrogate ‘hidden gem’
by 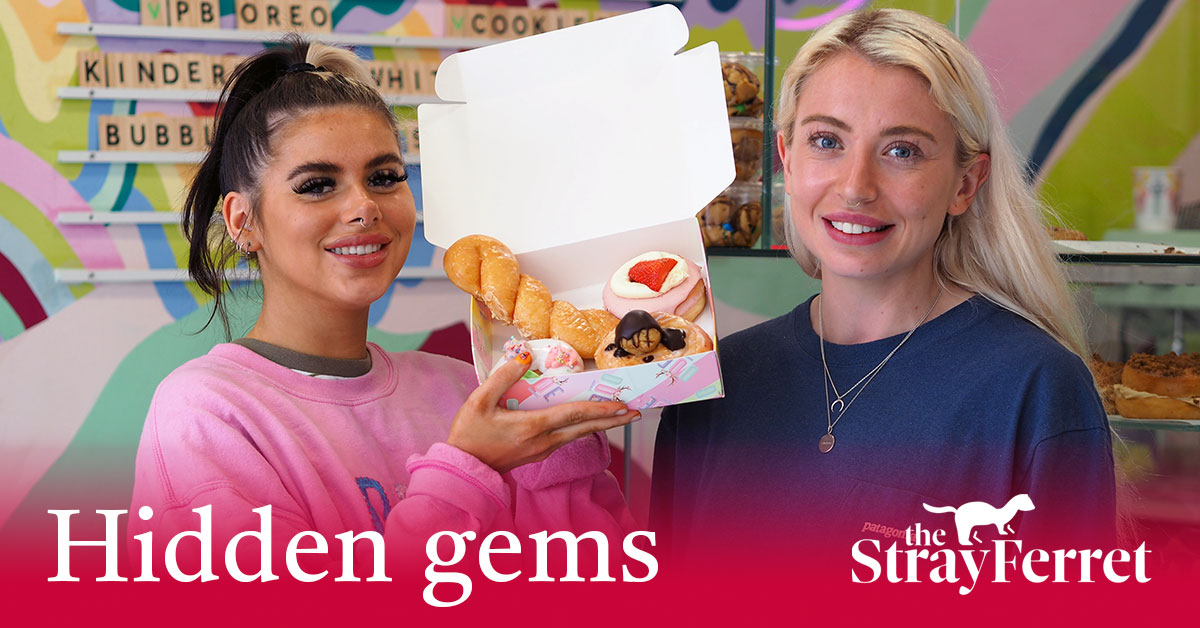 Evie Jackson (right) is the young owner of Doe Harrogate.

Pink wafer donuts, Mr Whippy donuts and rainbow donuts are just some of the flavours on offer. This is far from your ordinary bakery. This bright and colourful donut shop tucked away on the back streets of Harrogate is the first of the Stray Ferret’s hidden gems.

Evie Jackson was worried about footfall when she opened her shop last year. But with an eyecatching social media presence she has managed to draw customers in.

Doe Harrogate on Bower Street serves up an ever-changing and wider range of donuts as well as bakes and speciality coffees. 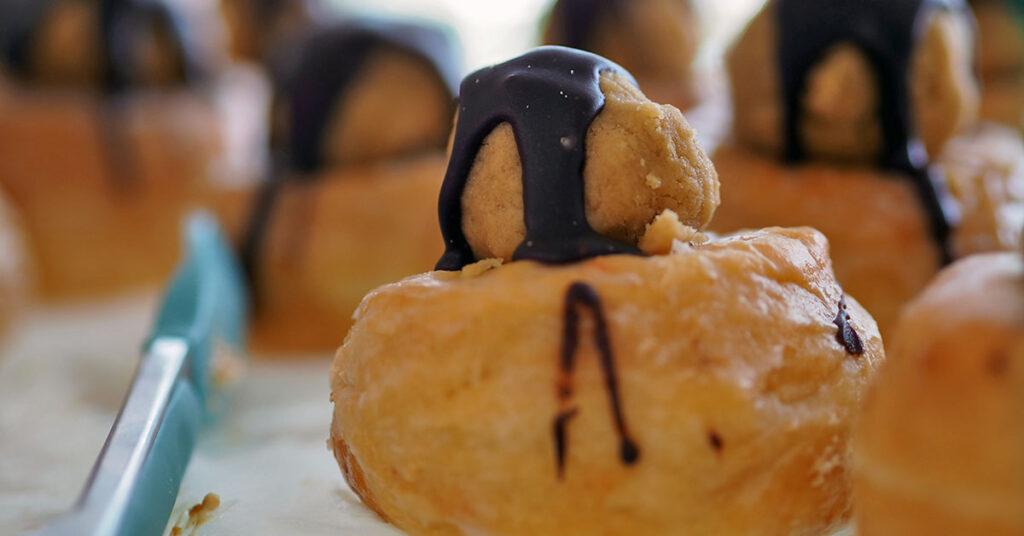 You may not have heard or seen Doe Harrogate but it is growing in popularity. So much so that the young businesswoman behind it is opening a second shop in York.

With rainbow walls, glitter tassels, multi-coloured chairs and bright murals Evie has positioned the shop as “an Instagram dream“.

Miss Jackson told the Stray Ferret how Doe Harrogate has managed to get recognition in the town with more than 20,000 followers on Instagram:

“Obviously we are quite hidden away. But I think because we are so active on Instagram, we are constantly tagging where we are and showing our donuts. It spreads the word through social media and that is what we are built on. People like to come in and take photos of our donuts and our coffees.” 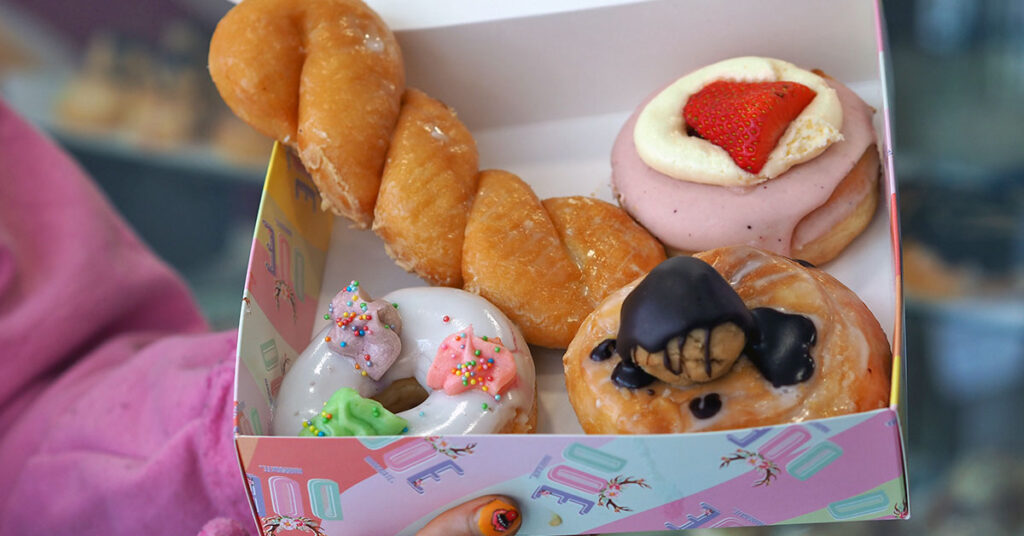 She is not afraid of changing things up in the shop. The latest change at Doe Harrogate is the move towards a wider vegan range. Half of the donuts are now vegan and they purposefully baked them bigger to make them stand out.

In fact, Doe Harrogate was changing the flavours up so much at one point that the shop started getting complaints from customers who were looking for donuts from the day before.

Coronavirus hit when the donut shop was still quite young. Doe Harrogate closed for a few weeks for a kitchen refurbishment and then expanded its delivery service.

“We embraced postal in a big way and it has been really positive. If something is not working then we will change it. I did not want to stay closed. I thought I could be sat at home or I could be doing something with my time. You have got to keep moving.”

This is the first in the Stray Ferret’s ‘hidden gem’ series. We are trying to highlight small independent businesses. They need to be tucked away but growing in popularity with an eyecatching and unique product. Send us an email with your nominations.