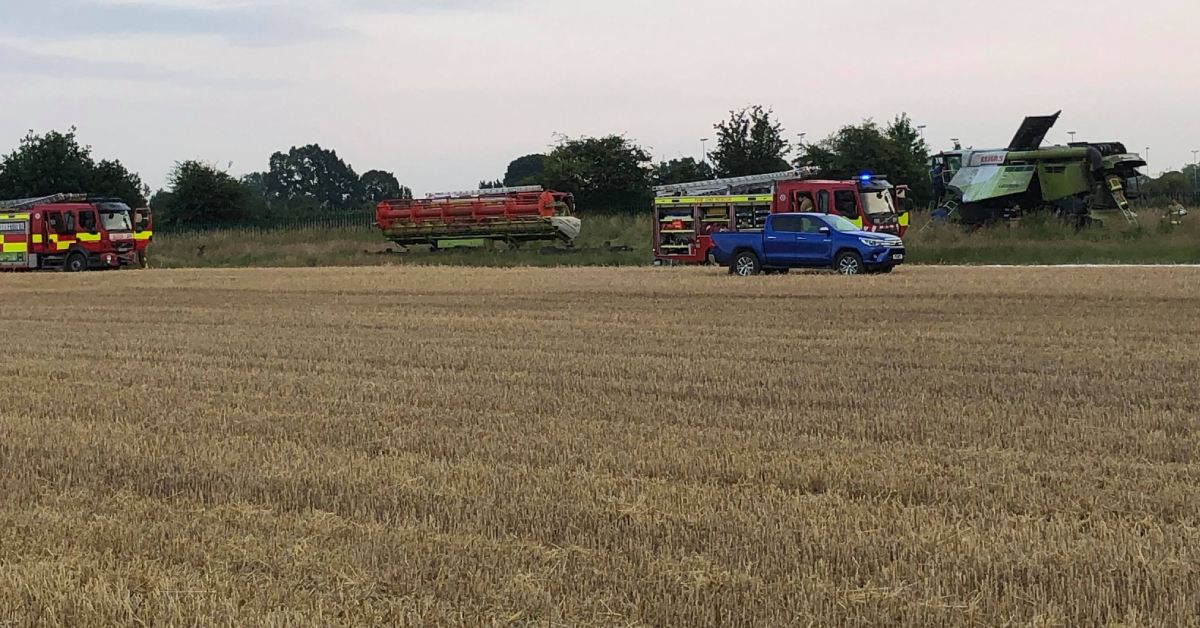 The scene last night shortly after the fire was extinguished.

A build up of dust is believed to have been responsible for a combine harvester fire in Harrogate last night.

Firefighters from Harrogate, Knaresborough and Boroughbridge were summoned to Kingsley Road to deal with the blaze at 7.30pm last night.

Fortunately, the combine was slightly away from the standing crop.

In a separate incident at 2.20am this morning, firefighters from Ripon responded to reports of wheelie bins on fire outside a house on Priest Lane.

“The crews found the bins had been extinguished by a resident prior to their arrival and used the residents garden hose to dampen to the area.

“The cause is believed to have been accidental.”