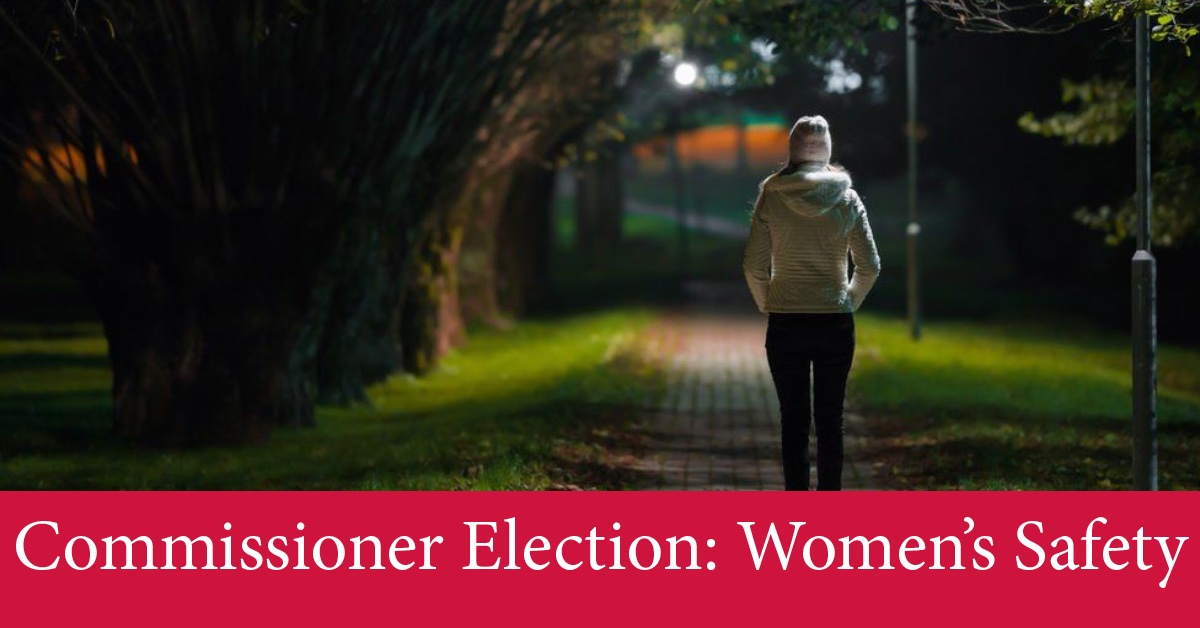 In the first of a series of articles on crime issues in the Harrogate district, candidates standing to be North Yorkshire Police, Fire and Crime Commissioner are questioned on women’s safety.

The resignation of North Yorkshire Police, Fire and Crime Commissioner Philip Allott has thrown a spotlight on the safety of women and girls.

Mr Allott quit last month after a two-week storm of sustained criticism over his comments that women needed to be more “streetwise” in the wake of the murder of Sarah Everard.

And now, the five candidates competing to replace him at next Thursday’s election have had their say on how they would tackle the problem, with one promising an inquiry into misogyny at North Yorkshire Police.

Hannah Barham-Brown, who is standing for the Women’s Equality Party, said she would launch the probe if elected as she believes women and girls have been “let down” and “deserve better”.

“As a GP, the deputy leader of the Women’s Equality Party and as a queer, disabled woman myself, I have years of campaigning experience and a lifetime of lived experience when it comes to women’s safety and freedom.

“I am determined to deliver better for my community by launching an independent inquiry into misogyny in North Yorkshire Police, ensuring a trauma-informed and victim-led approach to investigations and implementing compulsory training for all agencies working with black and minoritised women who are victims of violence – amongst other things.”

There are two men in the election race – and both previously stood when Conservative Mr Allott was elected by a margin of more than 31,000 votes in May.

This includes York Liberal Democrat councillor James Barker who said the current situation for women and girls is “troubling”.

“There were over 7,000 crimes flagged as domestic abuse, but there will be harassment and worse that goes unreported.”

Cllr Barker, who served in the military for 24 years, added:

“There is much to do, but as a start I would want to increase efforts to prevent and detect violence against women and girls.

“This will include ensuring all frontline staff are trained to detect and respond appropriately to domestic abuse, sexual violence and sexual harassment.”

Independent candidate Keith Tordoff, who served for 20 years at West Yorkshire Police, also said women and girl’s safety was a priority and that he wanted to bring Clare’s Law more into public view.

Clare’s Law aims to prevent domestic abuse and is named after 36-year-old Clare Wood who was murdered by her ex-boyfriend in Greater Manchester in 2009.

“I have ideas around tackling rape culture with public education, looking at a way of having independent oversight of rape and abuse decisions and investigations.

“I want to update police vetting and stop officers using WhatsApp on duty too.”

Harrogate councillor Zoe Metcalfe is the Conservative candidate and said improving safety for everyone – particularly women and girls – was at the top of her agenda.

She said it is “unacceptable” that females are subject to harassment, abuse and violence, adding:

“I will expand the support available to victims and survivors, introduce preventative measures to stop the violence happening in the first place and commission outside agencies to work with teachers in delivering healthy relationship, sex and health education.

The final candidate is Labour’s Emma Scott-Spivey who is a student paramedic and the daughter of two police officers.

She described violence against women and girls as an “endemic” and said she would “restore trust” in the commissioner’s office if elected.

“My first priority as commissioner would be to restore trust and rebuild our frontline – repairing the damage done by Philip Allott and making sure our emergency services have the tools they need to keep us safe.

“The culture of male violence and how politicians and public services respond to it must change urgently.

“I will appoint a senior leadership officer to drive forward the police’s response and work with women’s groups, community groups, schools and victims organisations to make women and girls safer.”

The announcement of the election results will take place on 26 November – the day after voters go to the polls.