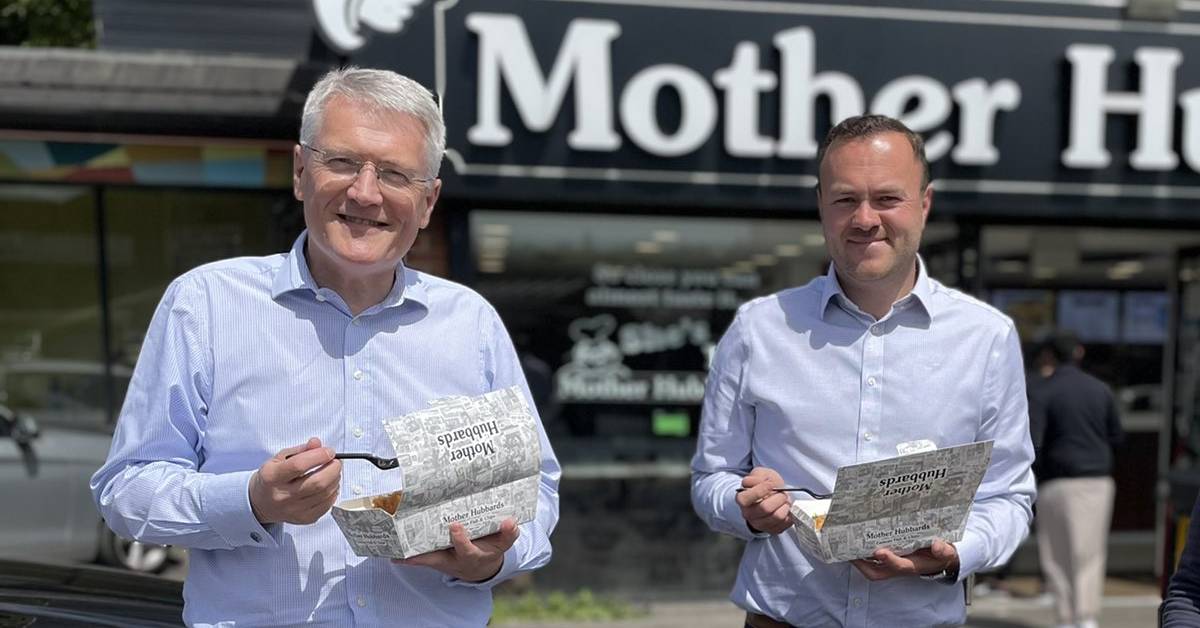 Harrogate & Knaresborough MP Andrew Jones has been spotted in Batley campaigning for the Conservatives in the upcoming by-election.

The Batley & Spen by-election is being held after Labour’s Tracey Brabin stepped down to become the first Mayor of West Yorkshire.

A photo emerged on social media of Mr Jones eating fish and chips in the town alongside the Tory candidate Ryan Stevenson.

Current betting odds make Mr Stevenson favourite, ahead of the Labour candidate Kim Leadbetter who is the sister of the constituency’s former MP Jo Cox. She was murdered by a white supremacist in 2016.

It appears Mr Jones was back in West Yorkshire over the weekend as the MP stopped for a selfie with a young Conservative activist.

“It is disappointing that he prioritises Batley and Spen over dealing with important local issues.

“But he’s free to do this as long as he’s not doing it at the expense of the public purse.”

It’s not the first time in recent months that Mr Jones has been enlisted by his party to bolster support. He revealed in the House of Commons last month that he spent time knocking on doors in Hartlepool for the recent by-election there.

Political parties of all stripes often send in big hitters and high profile politicians during by-elections. The Guardian reported the Labour Party sent “dozens” of MPs to campaign in Hartlepool, which was won by the Conservatives.

The Stray Ferret contacted Mr Jones for comment but he did not respond.