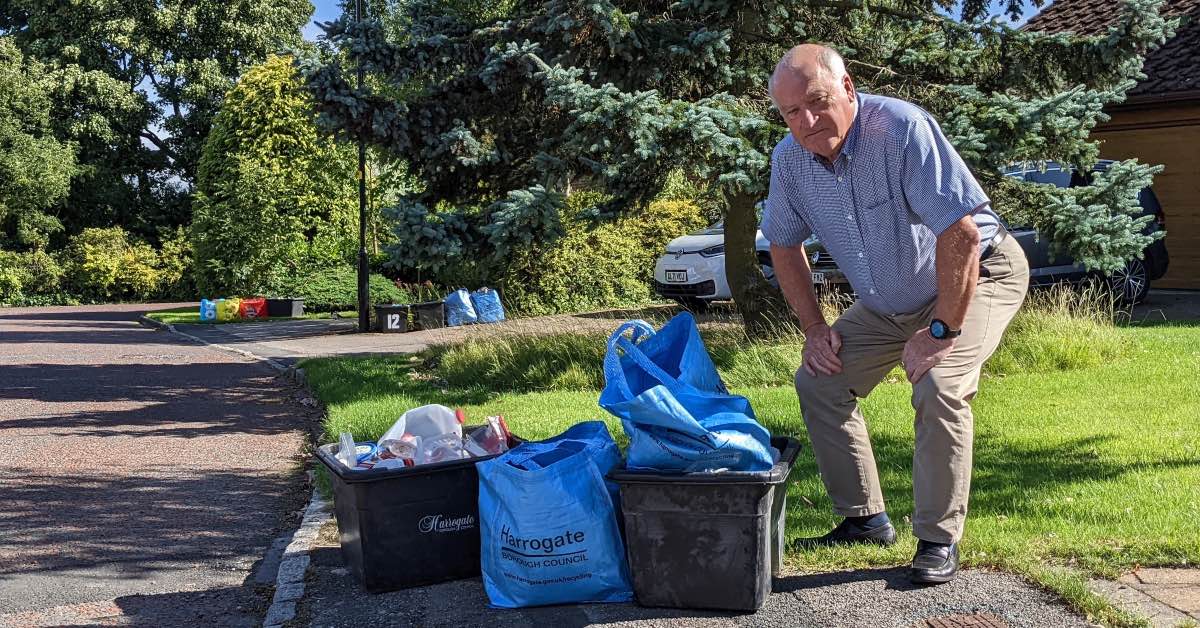 Bruce Allison said recycling has not been collected on parts of Harlow Hill for a month.

Residents on Harrogate’s Harlow Hill say they fear they could go six weeks without a recycling collection after the last two rounds were missed.

It advised people to leave their recycling boxes and bags out and said crews would attempt to return later in the week. If they had not been collected by Saturday evening, the council said they would not be done until the next scheduled date 10 days later.

For some residents, however, it is a second consecutive missed collection. Bruce Allison, who lives on the Castle Hill estate off Whinney Lane, said:

“It did not happen on July 19 due to work suspension in the excess heat – we were sent a text saying that HBC were trying to catch up, expected to have it done by 5pm on the Saturday and to leave our items outside. Nothing happened.

“This means we are looking at a gap of six weeks since our last recycling collection – a poor result in return for paying the highest council tax in Yorkshire.”

The council said staff sickness was responsible for this week’s missed collections. It has vowed to prioritise those residents who also missed the last collection during the heatwave.

“Unfortunately, due to driver shortages as a result of sickness, some recycling collections this week are either delayed or have been postponed until the next collection.

“Unless residents have specifically heard otherwise, we are aiming to return before close of play on Saturday and will be prioritising properties that may have been missed previously because of the extreme heat.

“Any properties that we are unable to return to, we will endeavour to collect any additional material on their next scheduled recycling collection.

“We would like to apologise for any inconvenience this may cause.”