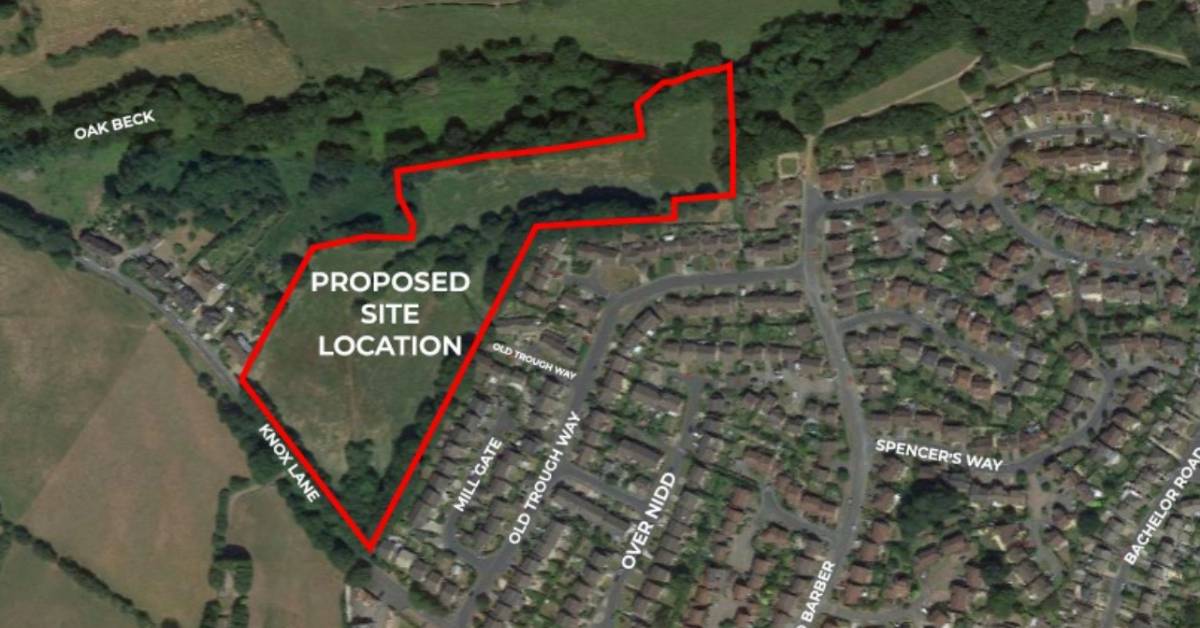 North Yorkshire County Council has said the layout of a 53-home development in Bilton is ‘not acceptable’ and the plan should be refused unless the developer agrees to pay for the widening of Knox Lane.

North East firm Jomast wants to build the homes on a field on Knox Lane in an application that has been reduced from 73 homes.

The county council, which is in charge of the Harrogate district’s roads, has submitted a response to the application as part of the consultation process.

It warned the development does not comply with standards it sets around roads and new housing schemes.

The section of Knox Lane where the homes would be built is narrow and leads towards a popular beauty spot.

Residents have long argued the road is unsuitable for any extra traffic the homes would bring but the developer’s transport report concluded the development would not lead to congestion.

Paul Roberts, the county council’s highways officer, wrote to Harrogate Borough Council last week and said the development should be refused unless changes are made to Knox Lane as well as private roads within the site.

“The highway authority therefore advise that the application should be refused unless further information is provided by the developer. The layout of the site is not acceptable and will need to be amended to comply with the highway authority guidance/standards.”

Mr Roberts said Knox Lane should be widened to 5.5 metres with a two-metre footpath.

“This work shall be implemented as part of the project and if the application is approved implemented under a S278 agreement with the highway authority which the authority may wish to lead on.”

The Stray Ferret met a group of Bilton residents in February who raised their concerns about the development and its impact on local roads.

With the busy Skipton Road nearby, and Knox Lane itself a narrow thoroughfare, Bob Wrightson said the roads surrounding the development would soon be gridlocked.

“Fifty-two houses — a lot of people have cars, which has not been addressed. There might be another 100 cars using these roads and it will be gridlock.”

In February, Jomast and planning consultants Spawforths issued the following joint statement to the Stray Ferret:

“The planning application is supported by a number of specialist technical reports, including a transport assessment, which demonstrates the proposed development would not lead to any additional congestion of the local roads.”

Harrogate Borough Council’s planning committee will decide on the application.