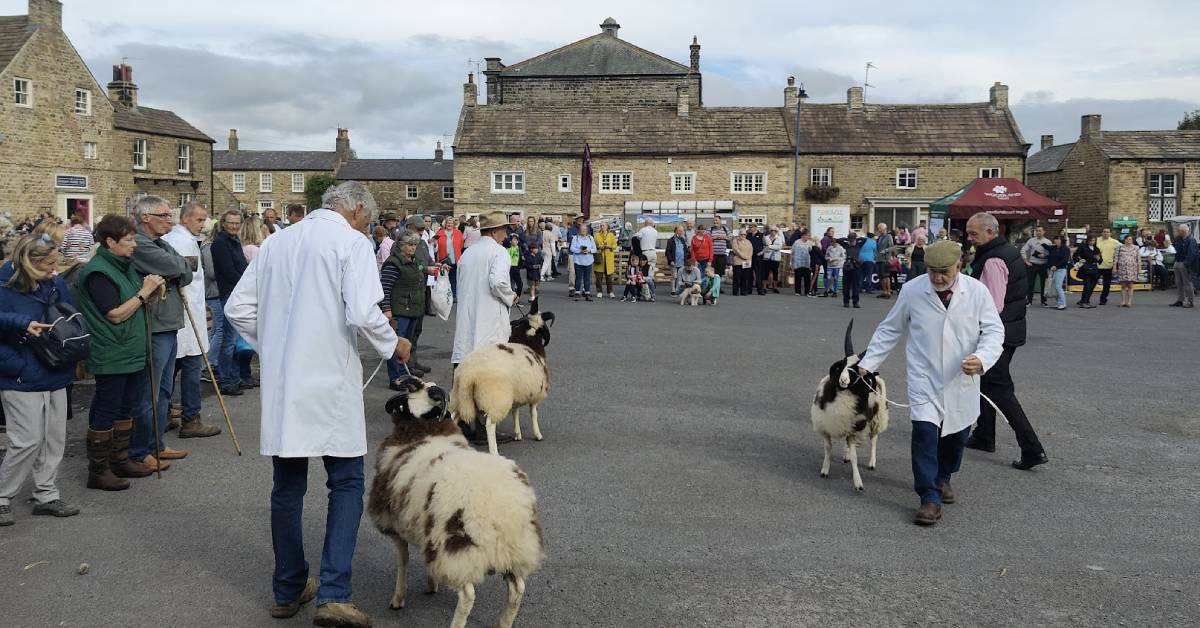 The Masham Sheep Fair commentator is setting the scene over a PA as visitors arrive at the Market Place this morning.

The centre of Masham has been taken over for the weekend by crowds observing different breeds of sheep in pens and and farmers wearing white jackets.

“Let the Eau De Sheep waft around the town and into your nostrils.”

Susan Cunliffe-Lister set up the first Masham Sheep Fair in 1986, which was initially to raise money for farmers in Africa.

She wanted to bring back an old tradition. Until the First World War, she said sheep farmers from across the Dales used to come to Masham each year to buy and sell as many as 80,000 sheep over the course of a few days. 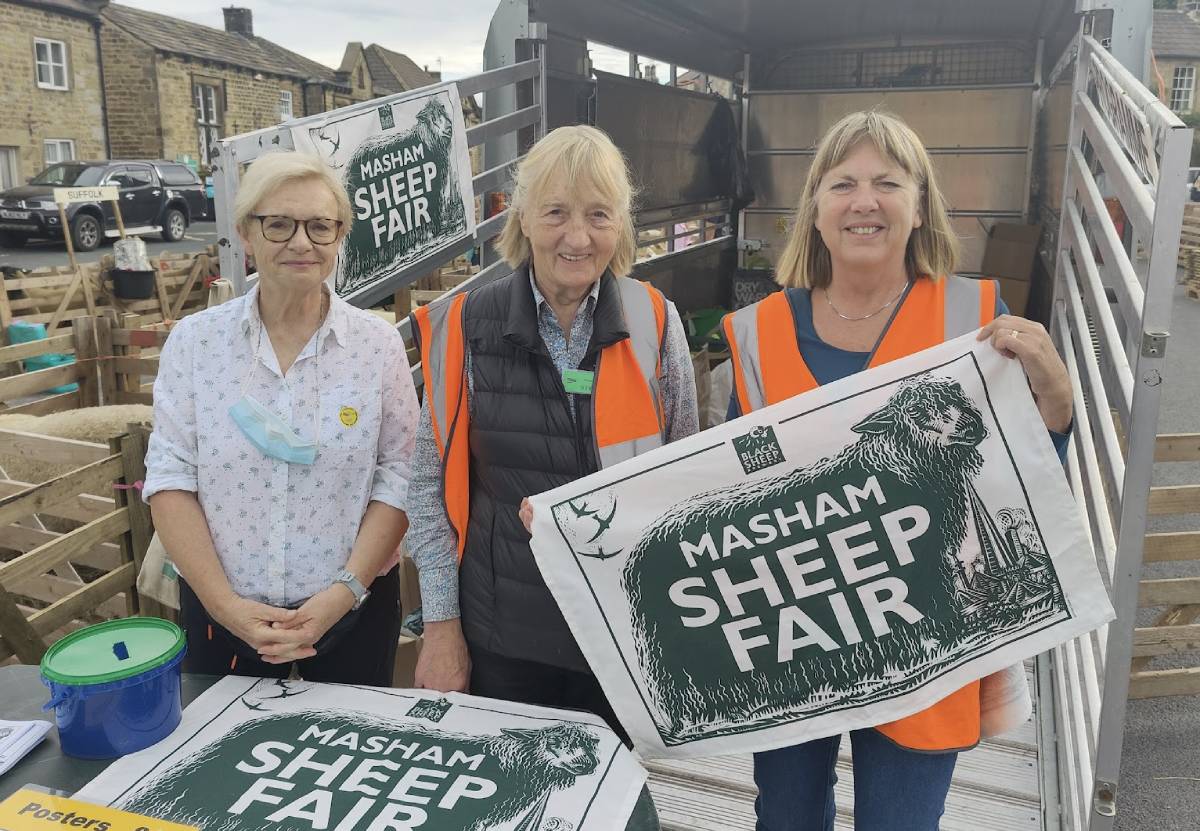 Nowadays sheep farmers from across the UK come to Masham to compete. There are other events like sheepdog trials, tours of Theakstons and Black Sheep breweries, morris dancing, fleece stalls even sheep racing to keep the crowds entertained.

The event raises thousands of pounds for charity each year, with this year’s pot donated to Yorkshire Air Ambulance.

Ms Cunliffe-Lister told the Stray Ferret she was determined to hold the fair this year despite uncertainty over covid.

“We were always going to try. Everybody is pleased to see each other.”

His best tup is called Lofthouse, which has four crossing horns that look vaguely demonic.

But with all the right markings, Kevin thinks he has the potential to be a prize winner. 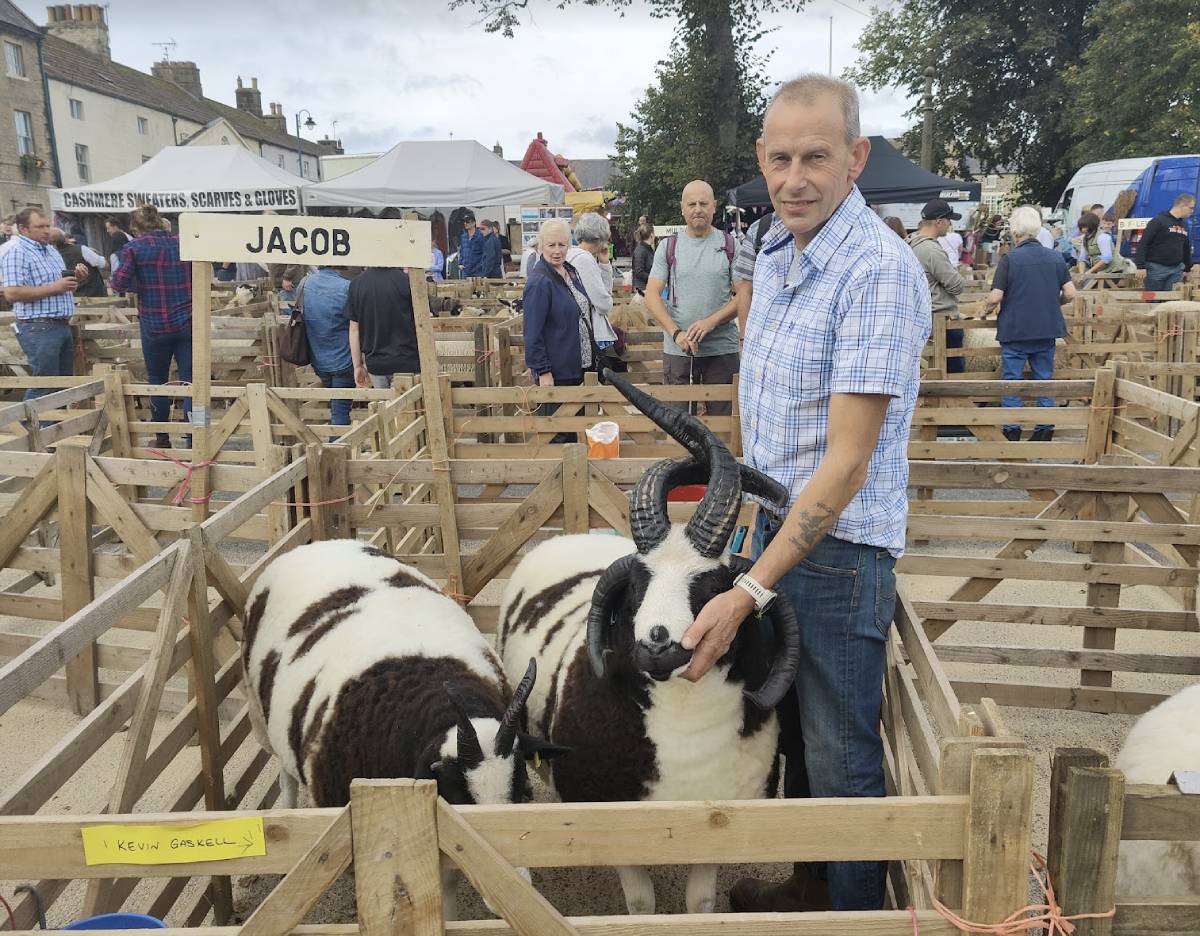 Kevin Gaskell and Lofthouse the sheep.

Kevin has been coming to Masham to show sheep for six years. He’s picked up two championships, which would become three later in the morning when Lofthouse fulfills his potential and scoops the top prize.

The sheep is named after the legendary Bolton Wanderers footballer. He said:

“Nat Lofthouse is a bit of a hero”.

“It depends on the judge!” 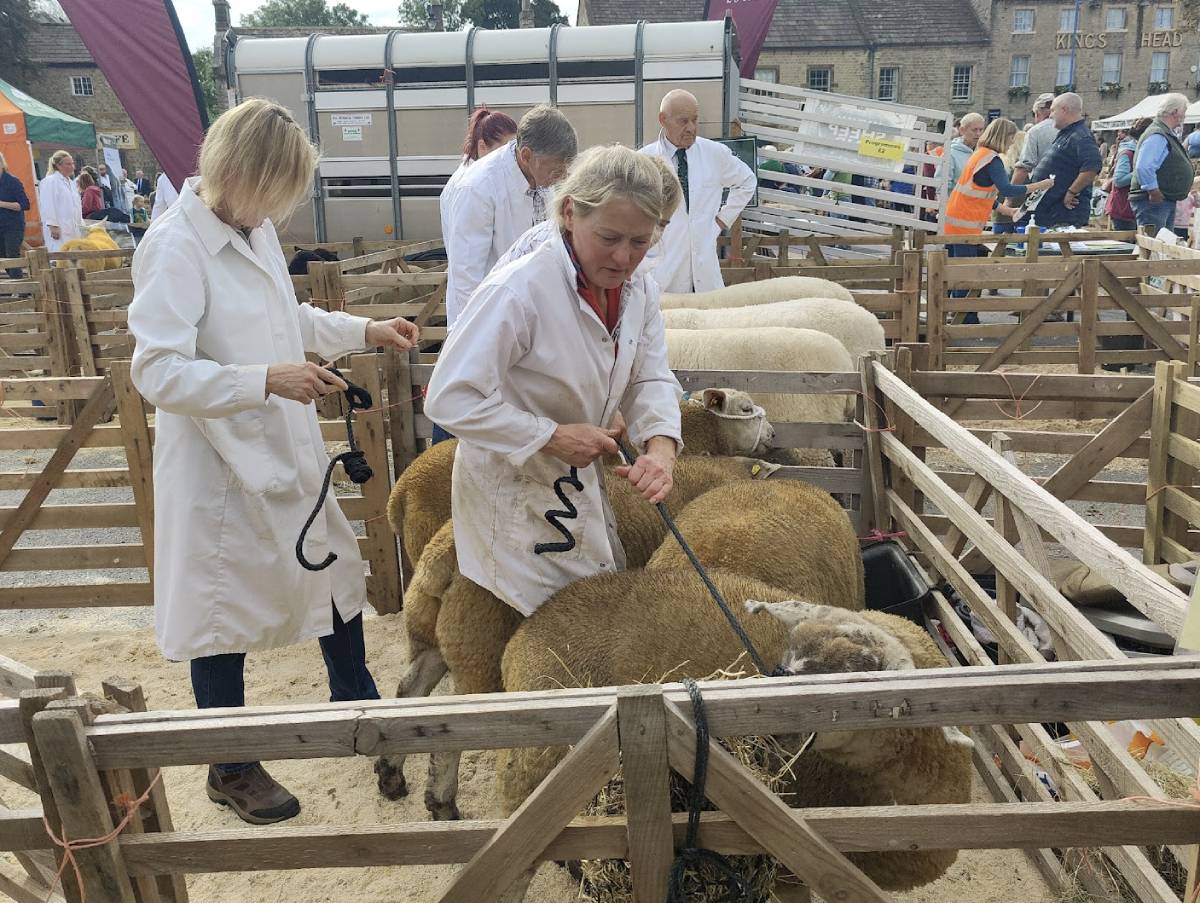 Pamela Lupton and her Suffolk sheep.

One of her Suffolks won the top prize at The Great Yorkshire Show this summer but she said she’s most proud of her home town fair.

“This is my local and I love it here.”

At 12pm the first sheep race starts, where lines of spectators jostle to get a good view down both sides of a makeshift racetrack. A farmer waves a bucket of food which is chased by four hungry sheep towards the finishing line, which is a trough.

The sheep are given names like David Atten-baaa and Blee-ta Thunberg. 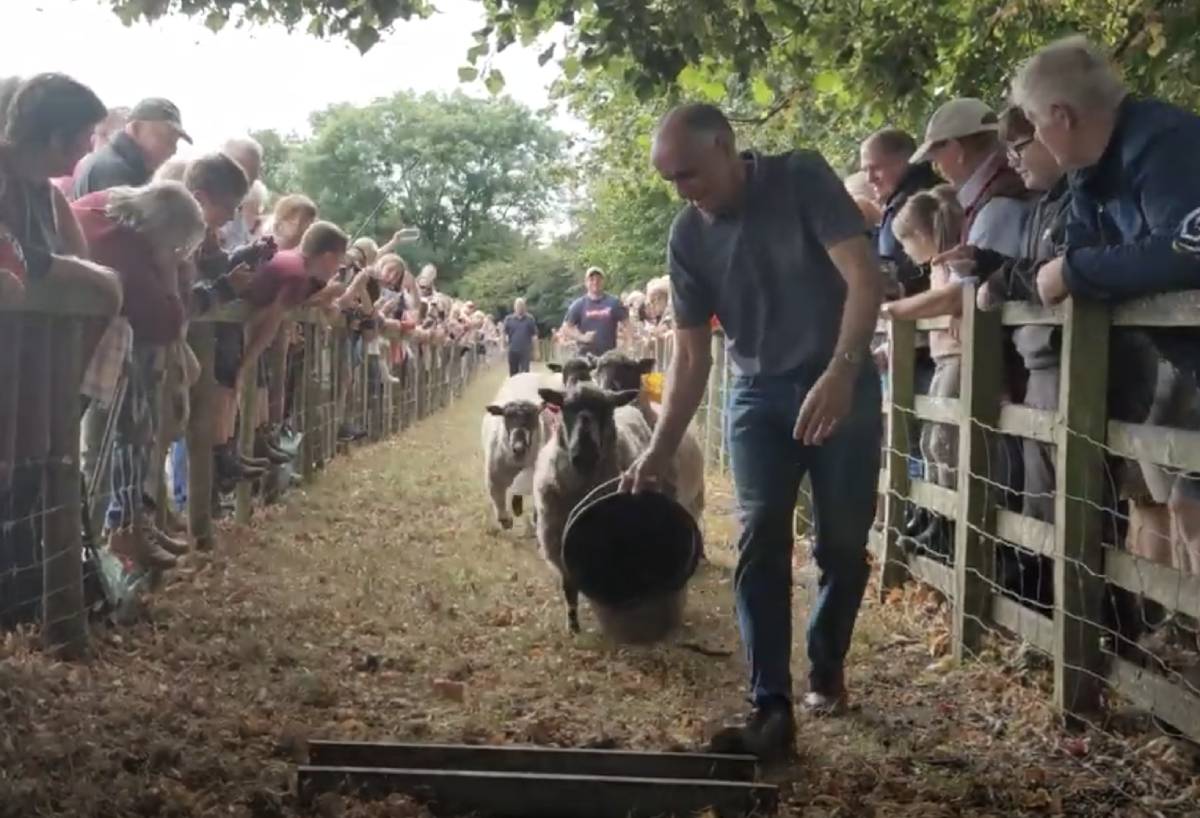 The sheep race towards the finishing line.

“It’s like the Tour de Yorkshire!” says one spectator.

For a pound, you can have a punt on the winner, with all money raised going to the Yorkshire Air Ambulance.

One woman waves her ticket in the air and hopes it’s a winner.

“It makes it more exciting, if it wasn’t exciting enough.”