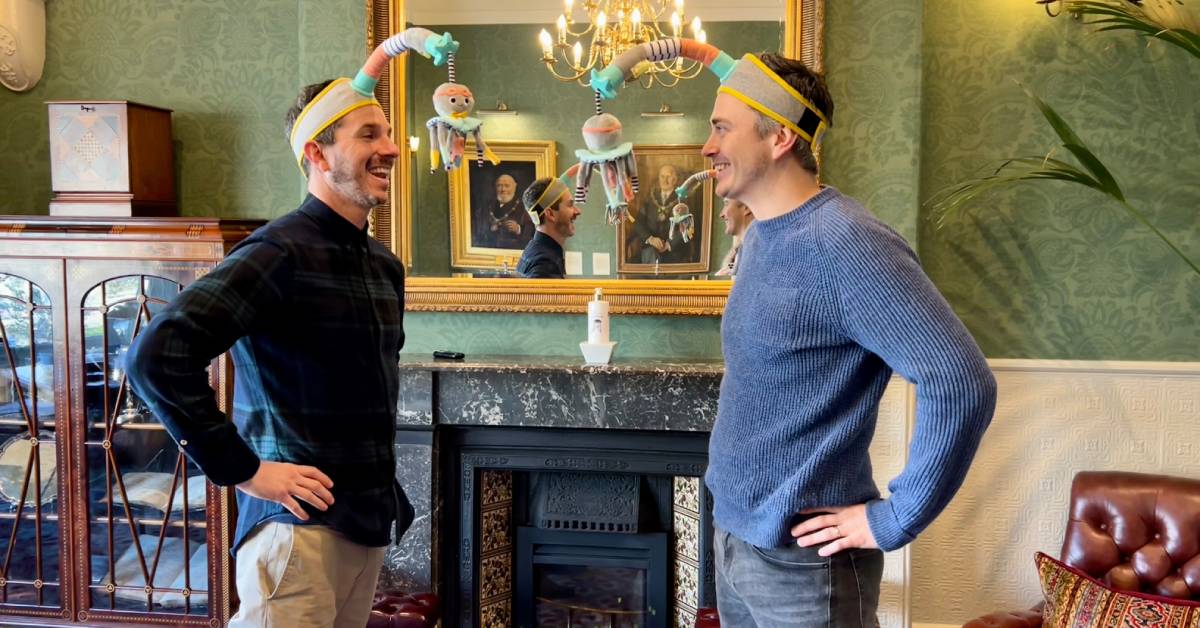 When Harrogate dad Mark Hamilton had to change his wriggly, screaming seven-month-old daughter’s nappy on a changing table at an airport, he emerged from the bathroom a broken man.

It was at this moment he decided to come up with a solution to make the experience not only less stressful, but actually enjoyable for both parent and baby.

Sixteen months later, after teaming up with fellow dad-of-two Stewart Gold, an American who had moved into the flat above on Otley Road, the Dingle Dangle was born.

Dubbed the “ultimate parenting hack”, the hands-free baby toy – similar to a mobile – is worn on the head of the mum or dad so they can distract their baby while changing a nappy.

There’s no denying wearing a dangling colourful octopus on your head is a talking point – and the duo said it certainly attracts attention.

Stewart, who was a lawyer for 11 years, laughed:

“People will come up to us when we are wearing it and say ‘it suits you’.” 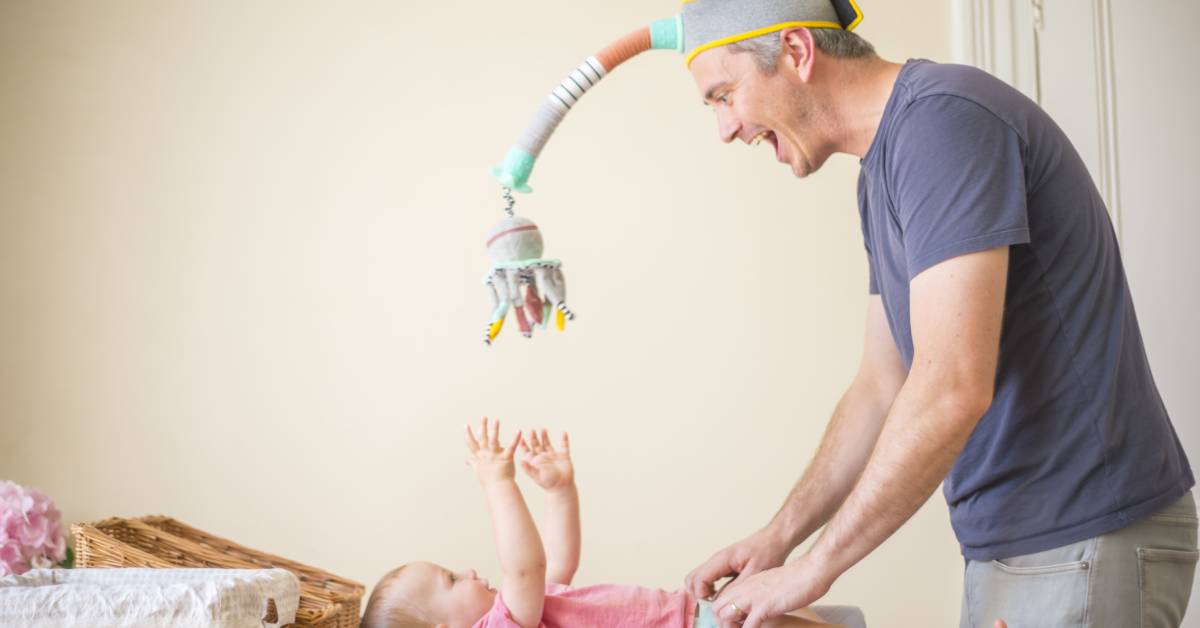 The Dingle Dangle in action.

The clever creation, which features colours inspired by the art deco-style of Stewart’s hometown of Miami Beach, Florida, also has three other functions.

It changes into a portable mobile that can clip onto a cot or pram and transforms into a cute pufferfish rattle and a silicon teether.

This is all anchored from a sensory stick, which features three different fabrics for the baby to touch and interact with.

But the toy didn’t always look so slick. A number of different prototypes were created before the duo finally came up with the final product.

“I actually got a coat hanger, a GoPro strap and a soft toy and I dangled it from my head. That is how the Dingle Dangle was born and from there it sort of evolved.”

It clearly captured Stewart’s attention, who loved the concept, particularly as his wife was pregnant with his second baby, and it has since become an integral part of the nappy changing routine.

“You don’t want to pin your baby down when you’re changing them.

“So when I saw Mark putting this thing on his head, I thought this is a pretty awesome idea and how can we make it a complete product.” 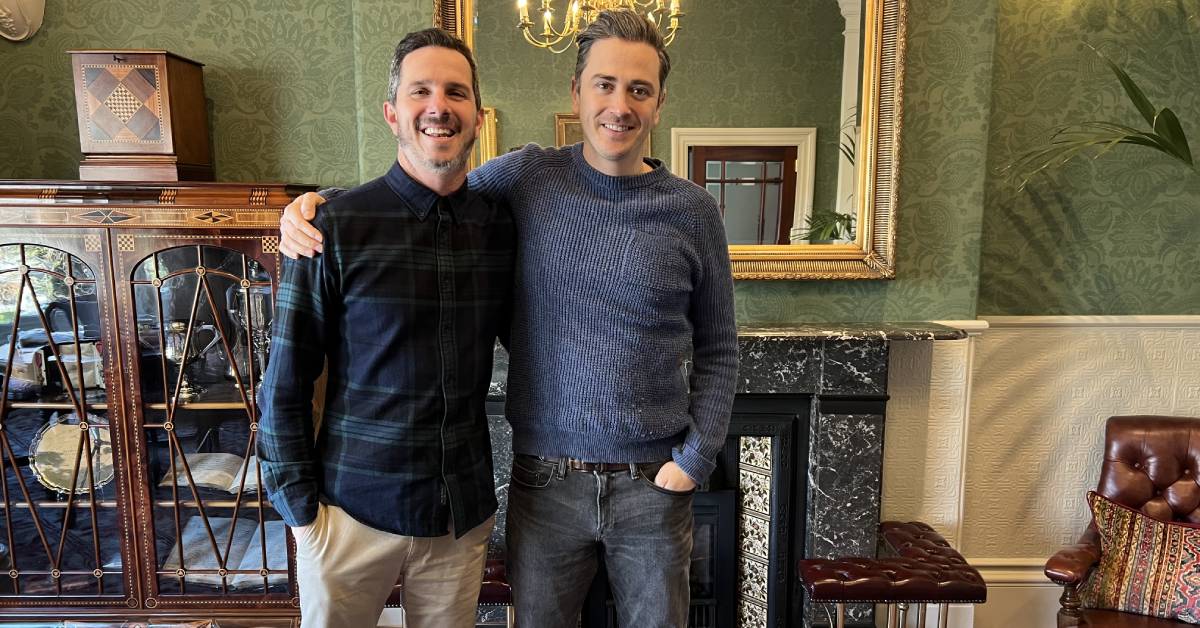 The prototypes were created almost entirely in Harrogate, with contributors including Judit Karsai at the Needle Loft and Daniel Burn Design.

And the Dingle Dangles are already flying out.

“We are going to see how it evolves over the next six months and if it goes well, we have plans to sell it abroad. We also might eventually create more baby toys.”

Asked whether the two men would have ever envisaged themselves selling baby toys, Stewart laughed:

“Our friends and family are all very supportive, but they also think we are crazy.”