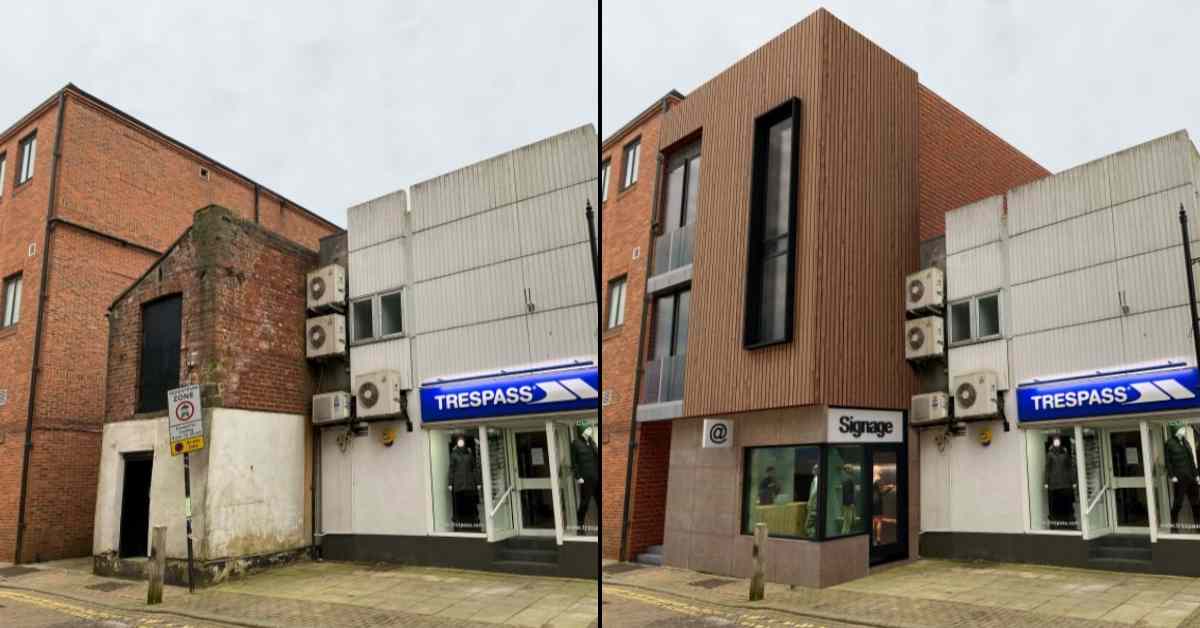 A developer has appealed a decision to refuse a plan to redevelop a retail unit on Harrogate’s James Street to create three flats.

The application was made by Leeds-based company SJM Cotech Ltd and included plans to create a three storey extension for the flats to the back of the site and create two ground floor retail units.

The developer revised the plans after submitting them in May 2021, which initially outlined proposals for four flats.

It said in documents submitted to the council that the proposal would help to “deliver a high quality residential scheme” for the town.

However, Harrogate Borough Council refused the plans in February this year.

The property is located at 16 James Street, near the cut-through to the Victoria shopping centre. It fronts both on James Street and on Market Place to the rear. It was previously home to Thomas Cook, the travel agent.

Council officials said the proposal would fail to enhance or preserve the character of the conservation area.

In a decision notice, the council said:

“The rear historic offshoot is considered a heritage asset. The proposal seeks to remove and replace this without suitable justification.

“The proposal therefore would fail to enhance or preserve the character and appearance of the host building and Harrogate Conservation Area.”

It added that the proposal would “result in poor levels of natural daylight to all apartments”.

SJM Cotech Ltd has since taken the refusal to the government’s Planning Inspectorate.

A planning inspector will decide on the proposal at a later date.