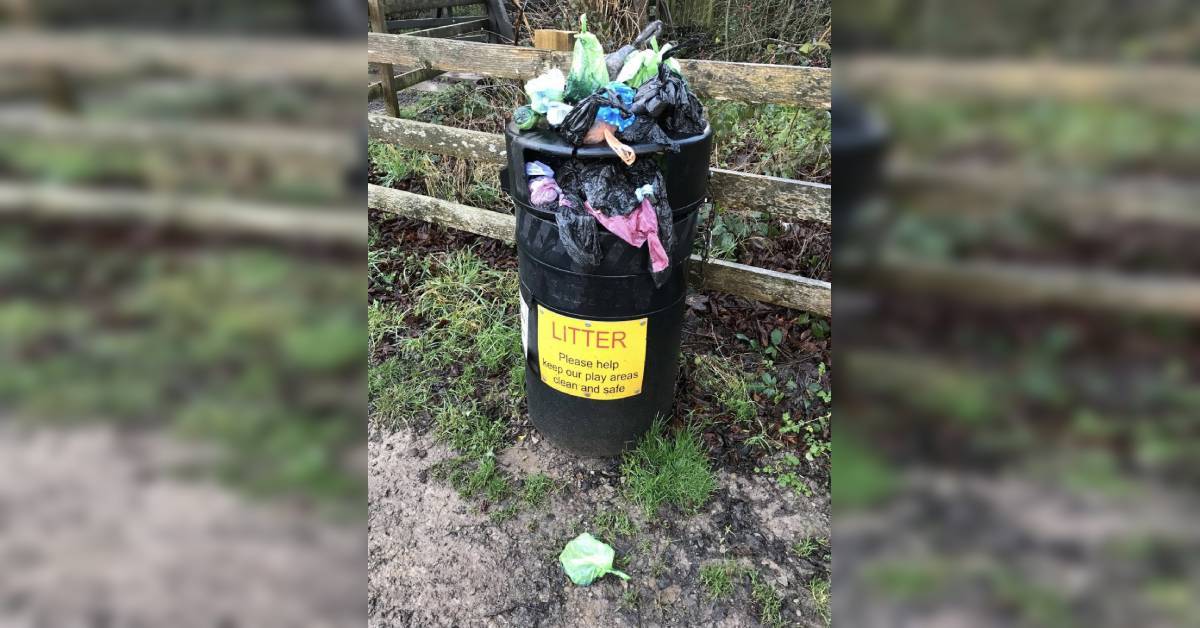 A bin overflowing with dog poo bags in Hampsthwaite

People living in the Harrogate district have complained about an increase in dog owners leaving poo bags tied to trees, dumped in bushes or even thrown into private gardens.

Lockdown has led to a puppy boom, with many buying a new four-legged family friend.

However, many people told the Stray Ferret they were fed-up seeing discarded poo bags in our most scenic locations, such as the Pinewoods and Stainburn Forest and were appalled by the “lazy” and “disgusting” behaviour of some dog owners.

“The dog poo bag pandemic has been raging for years, it’s an absolute disgrace — it’s everywhere! Crab Lane and St. John’s area is really bad for it!”

In Hampsthwaite, Julia Lister has been campaigning for more responsible pet ownership and better facilities for disposing of waste.

She said some people had even ignored signs not to use a bin in a children’s play area that was not emptied due to covid and consequently became overloaded.

“We have a real problem in our lovely village. The majority of the village are disgusted. How do we shame the perpetrators? Or shame Harrogate Borough Council to clear up the mess the overdevelopment of our village has caused?”

Debbie Scherer said a person had thrown the bags into her garden:

“Appalling behaviour. Still trying to catch the person on Dragon Road who finds it appropriate to throw their open poo bags in our garden.”

Some manufacturers of dog poo bags claim they are biodegradable but they can still take up to six months to decompose.

Harrogate Borough Council maintains over 250 dog waste bins and says responsible dog ownership is one of its top priorities.

Enforcement officers have the power to issue offenders with a penalty notice, which could lead to a maximum penalty of £1,000.

“We operate a ‘no excuse’ standard and have issued over 150 penalty notices. We will pursue anyone who doesn’t pay the penalty notice through the courts and seek the maximum penalty of £1,000.”