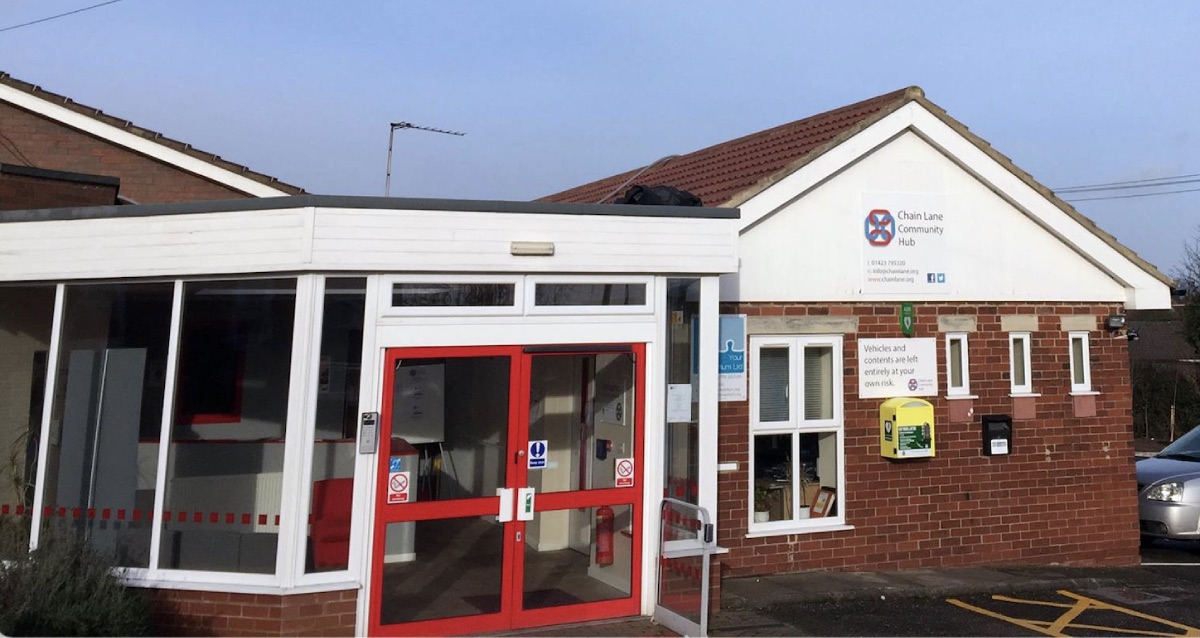 Several readers have contacted the Stray Ferret to say they had to queue outside in the rain for up to two hours on the opening day of the new Knaresborough vaccination site.

The pharmacy-run site relocated today to Chain Lane Community Hub. As well as administering first and second doses of the covid vaccine, it is also giving booster jabs.

Three women got in touch to describe long queues outside the clinic, with some as old as 80 standing outside for long periods.

Carol Harrington said she arrived at 12.30pm and received her vaccine just after 2pm. She said:

“Everyone was elderly, some were in wheelchairs others with sticks. Some people were really struggling, so they took them inside.

“It was awful, I understand it was the first day and they may fix it but it really wasn’t good.

“My husband struggles to walk so I’m worried for when I have to bring him.”

“I was quite distressed to see so many people stood in the queue. I think I’m fairly fit for someone over 80 but I was surrounded by people that weren’t. There was one lady who had to get a chair and we kept moving it along the line.

“I kept asking the volunteers but no-one had any answers.”

Tracy from Ripon, who asked not to use her full name, said she was asked to stand “shoulder-to-shoulder” with no social distancing. She said despite everyone wearing masks she didn’t feel safe.

“I was waiting for 50 minutes. Asking vulnerable people to stand shoulder-to-shoulder so they can avoid the rain isn’t OK. I’d much rather get a little damp then get too close to someone in a pandemic.

‘Tomorrow won’t be the same’

The site, run by Homecare Pharmacy Services, opened in the car park of the former Lidl in Knaresborough in February but said it wanted to move to larger premises for winter.

The site will be one of the main hubs for booster jabs in the district, alongside Ripon racecourse.

“It’s a new site and it’s a case of learning about the mechanics of the car park. We will be learning from today, all the team tried to keep the queues as small as we could.

“There are absolutely lessons to be taken. Perhaps we overestimated what we could do on day one. It’s about maximising the capacity whilst keeping queues small. I am very hopeful tomorrow won’t be the same.”