0 Items
‘End this farce’: Kirkby Malzeard wall to finally be rebuilt
by 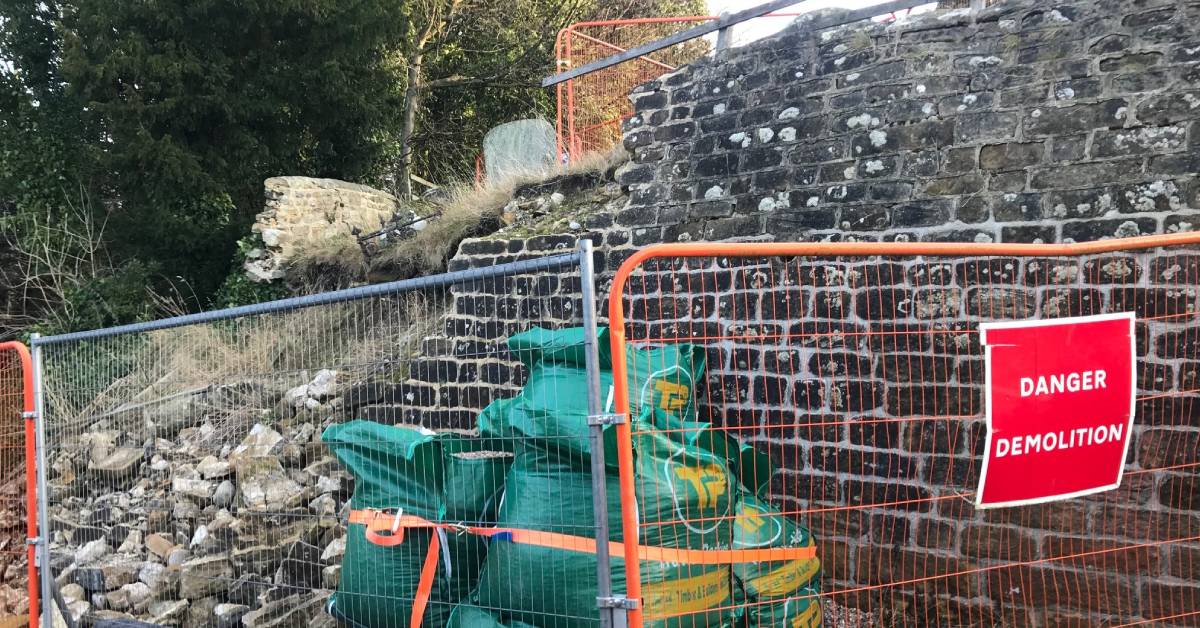 The collapse section of wall at St Andrew's Church in Kirkby Malzeard.

Harrogate Borough Council has approved plans to repair and rebuild a church wall in Kirkby Malzeard that has been blocking the highway for nearly two years.

Residents and parish councillors urged the council at a planning meeting yesterday to end the “farce” of the St Andrew’s Church wall, which collapsed in February 2020 due to heavy rain.

The council will now rebuild the retaining wall and carry out stabilisation work to its other sections.

“Kirkby Malzeard as a community is no stranger to controversial planning decisions. This is not one of them.

“Speaking as the parish council, we presented a unanimous view, as with every resident I have spoken to, to ask you to please, please end this farce.

“It’s been almost two years to the day since this wall collapsed.”

Cllr Saxon added that the road on Church Street is often busy with children as it is next to the primary school and it was therefore fortunate that the wall collapsed at night.

“It is very easy to imagine what would have happened. That road is normally full of children walking home.”

Jonathan Dunk, executive officer for property and major projects at the borough council, told the meeting that there was still concern that the remaining wall could collapse.

“Our view is that it would be sensible to repair the wall as set out in the application at the same time as rebuilding the section that has collapsed. It is sensible to do that.

“Our view is that there remains a risk that the part of the wall that remains standing now could collapse in the future.

“If that were to happen it would cause a risk to public safety and may cause further road closure.”

Mr Dunk added that the council would look to start the works on the wall in the Easter holidays.