0 Items
EXCLUSIVE: True cost of civic centre was £17m
by 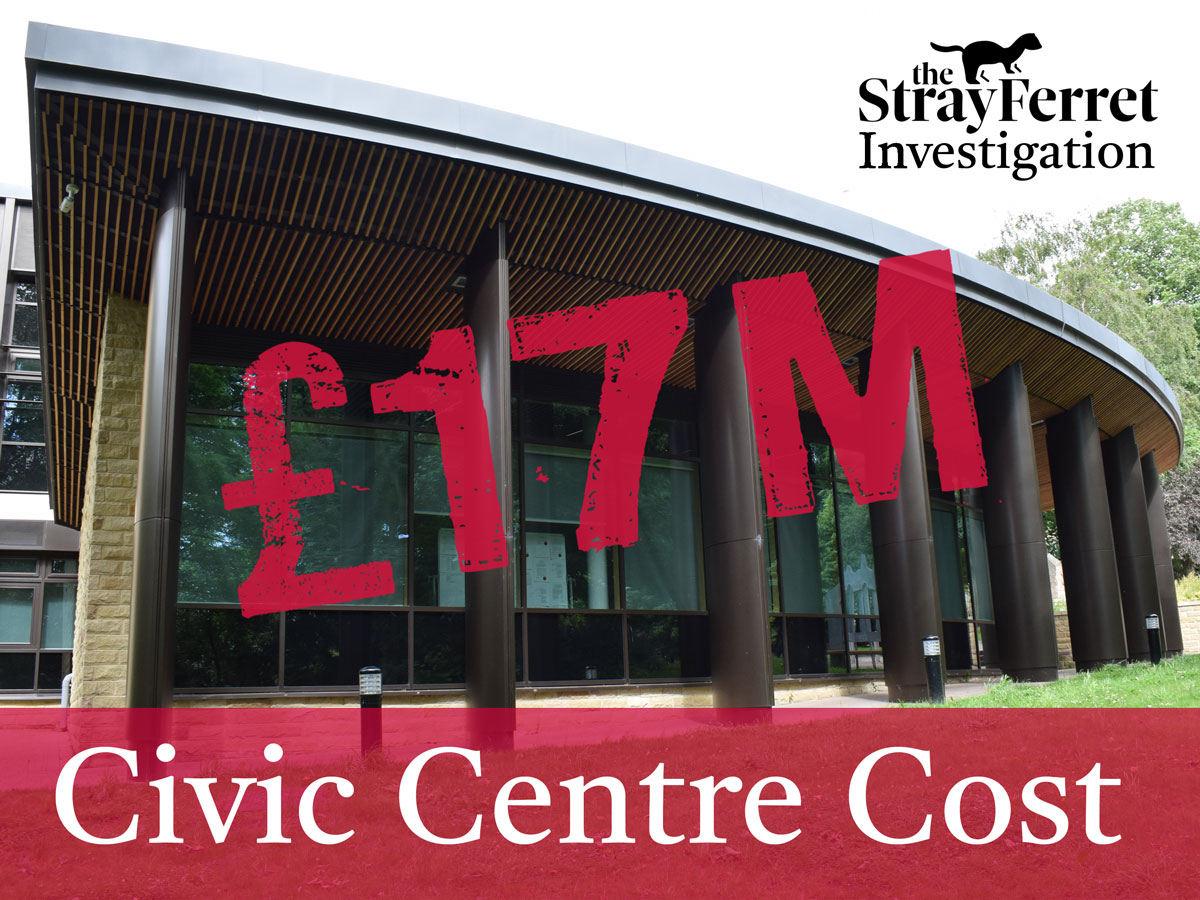 The new civic centre constructed by Harrogate Borough Council cost the taxpayer at least £17m, The Stray Ferret can reveal.

From its choice of an expensive round building to opting to use a highly valuable piece of land, the council wasted millions of pounds of public money.

The council argued at the time that it offered value for money. Our investigation shows that, because the potential value of the land at Knapping Mount was never fully revealed, taxpayers were not given a true picture of the overall costs involved.

Over the next few days, we will investigate: 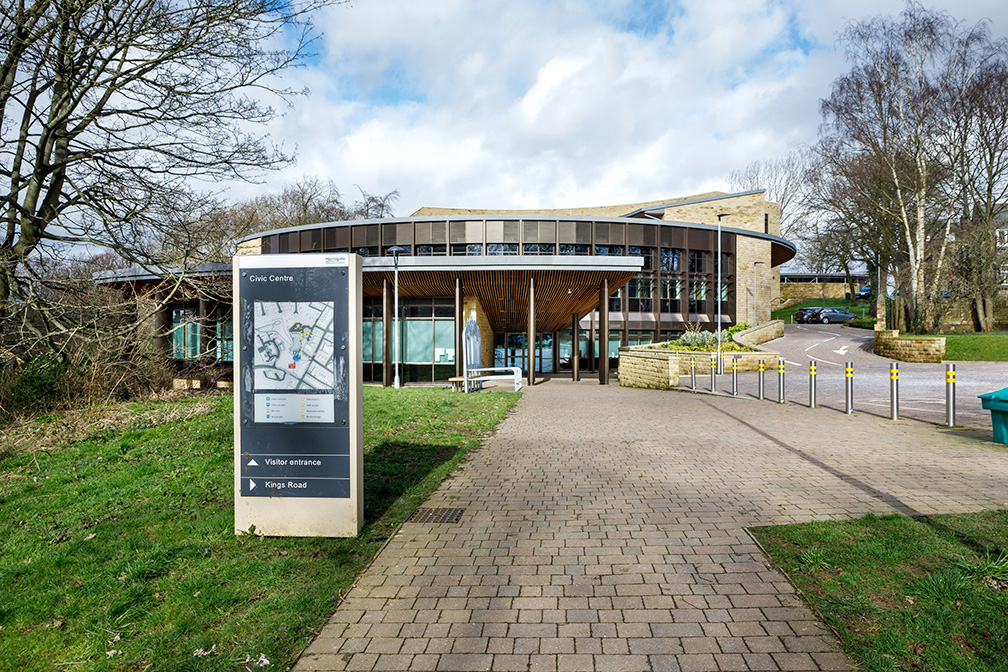 It is our belief that the council chose Knapping Mount because it wanted to create a landmark building in the town centre.

Now, with a true picture of the costs, the taxpayer can decide: was the new civic centre worth it?

The contract awarded to builder Harry Fairclough Ltd for the construction was worth £11.5m.

The final bill has not been settled: the contractor – now in administration – believes the council should pay more, but HBC views £11.5m as the fixed cost.

The Stray Ferret has conducted an investigation into the value of the land on which it was built. We believe that value is at least £4.5m.

On top of that, almost £400,000 was spent on furniture. Total costs for flooring, IT infrastructure and other essential fittings have never been confirmed and could add even more to the cost.

A total spend of £865,000 was approved in 2013 for appointing a professional design team and for design, pre-planning and project costs.

The unique round design of the new civic centre would have added a significant amount to the cost of the project. Experts have told The Stray Ferret that a curved design can add an average of 20% to the build cost.

That all means that the total cost of the project was more than £17.2m.

Read more on our investigation:

Why was Knapping Mount so valuable?

Historically Knapping Mount was designated employment land because it had council offices on it.

In 2014, though, the site had been earmarked for 52 homes in documents being prepared for the council’s Local Plan. That meant the land would have got planning permission for housing, and its value would have shot up.

Yet, as it worked out the costs for its new civic centre, HBC chose not to explore this. It could have applied for formal planning permission and then had the land valued. Without this information it could move to Knapping Mount without having to be clear about capital it could have raised from the sale of the land. 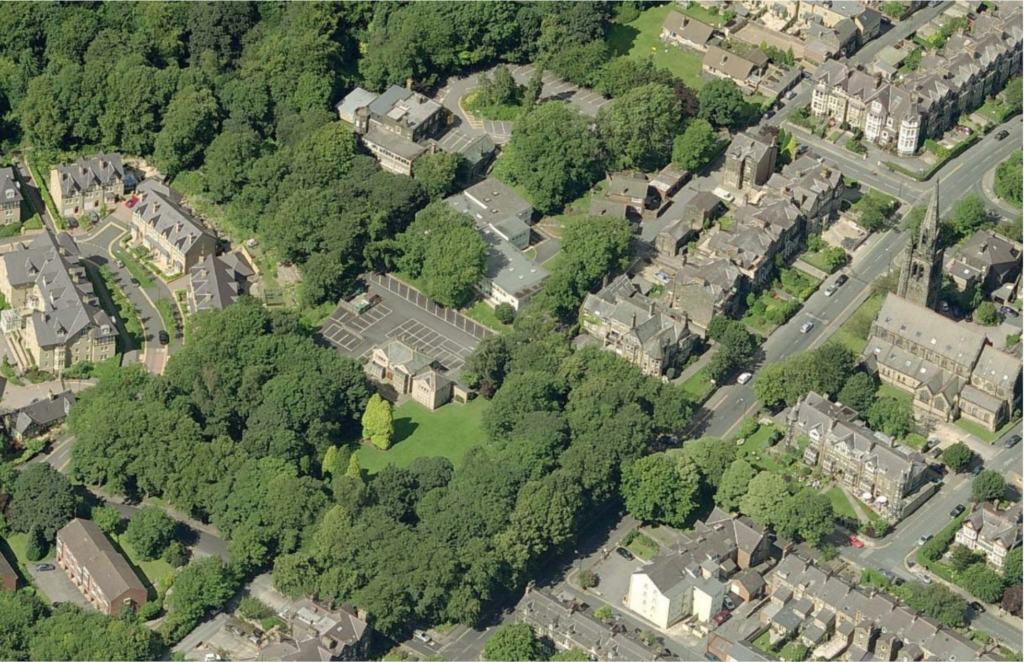 The Knapping Mount site, off Kings Road, before the new civic centre was built

A letter from Harrogate Civic Society to HBC in 2013 clearly shows the potential value was raised before any decision was made:

“We have obviously had no access to confidential property reports but have concerns that only a boutique hotel use is mentioned for Crescent Gardens, no apparent appreciation of Scotsdale as apartments or Springfield House as a budget hotel in cooperation with Holiday Inn or appraisal of the fact that Knapping Mount and Brandreth House form the most valuable residential site in the Council portfolio.”

In its own documents assessing the site, HBC said that building on Knapping Mount meant the loss of a “significant capital receipt” – but never went into detail about just how much that could have been.

In a request under the Freedom of Information Act, The Stray Ferret discovered that the council last had the land valued at the end of 2017. That valuation was £1.83m – but it was no longer earmarked as housing land and the civic centre had already been built.

Our question is: why didn’t the council properly value the land for housing before the move and make that value public?

After talking to experts and making comparisons with sites nearby we have put a figure of £4.5m on the land. Throughout our investigation, we have sought expert opinion and always opted for a conservative estimate.

The nearby Springfield Court, at the junction of Kings Road and Springfield Avenue, was sold in 2017 for £4.835m with permission to convert its offices into 35 two-bedroom apartments. That development now has an extra 26 flats being built taking the total number of apartments there to 61.

Knapping Mount, which is twice that size, was earmarked for 52 dwellings in 2014. Those properties could have been either apartments or houses and a developer could have chosen, like Springfield Court, to build higher and apply for permission to add more flats. Of those, 40% would have been designated affordable housing, and the site is in a conservation area, both of which affect its value.

With advice from local experts, we have conservatively put a figure of £4.5m on the land.

While the council could argue this was not a cost because it already owned the land, the fact remains that they could have sold it and banked the cash.

But that’s not all we have found. In the next of our series of reports, we show how an expensive design bumped up the cost – and how they could have done it all for millions less.