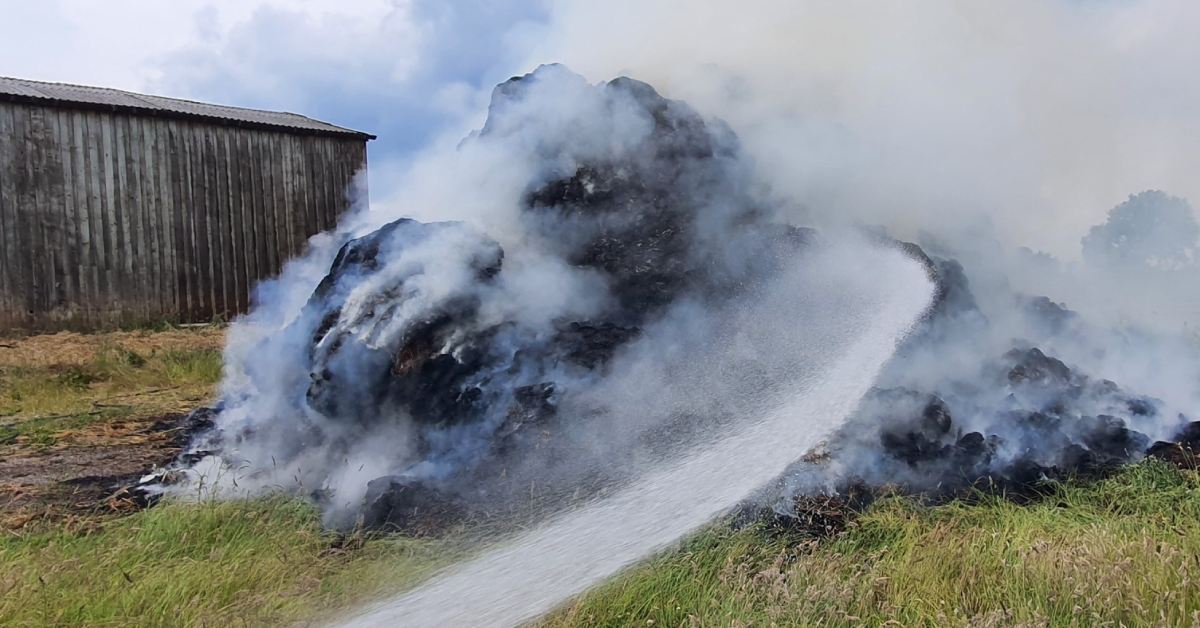 Firefighters tackle the blaze to a pile of dung, hay and straw. Pic: Harrogate fire station

Harrogate fire station has urged farmers to check the temperature of baled hay and straw after a fire this week.

Knaresborough and Harrogate firefighters used breathing apparatus to tackle a blaze affecting dung heaps and about 70 hay bales at Thorpe Underwood on Wednesday.

There was also a large amount of straw used for bedding in the pile that caught fire.

Harrogate fire station said in a social media post that its thermal imaging camera identified hot spots at over 500 degrees. It added:

“Piles of straw like this can spontaneously combust. They self-ignite because of heat produced by bacterial fermentation. Once ignition temperature is reached, combustion occurs.” 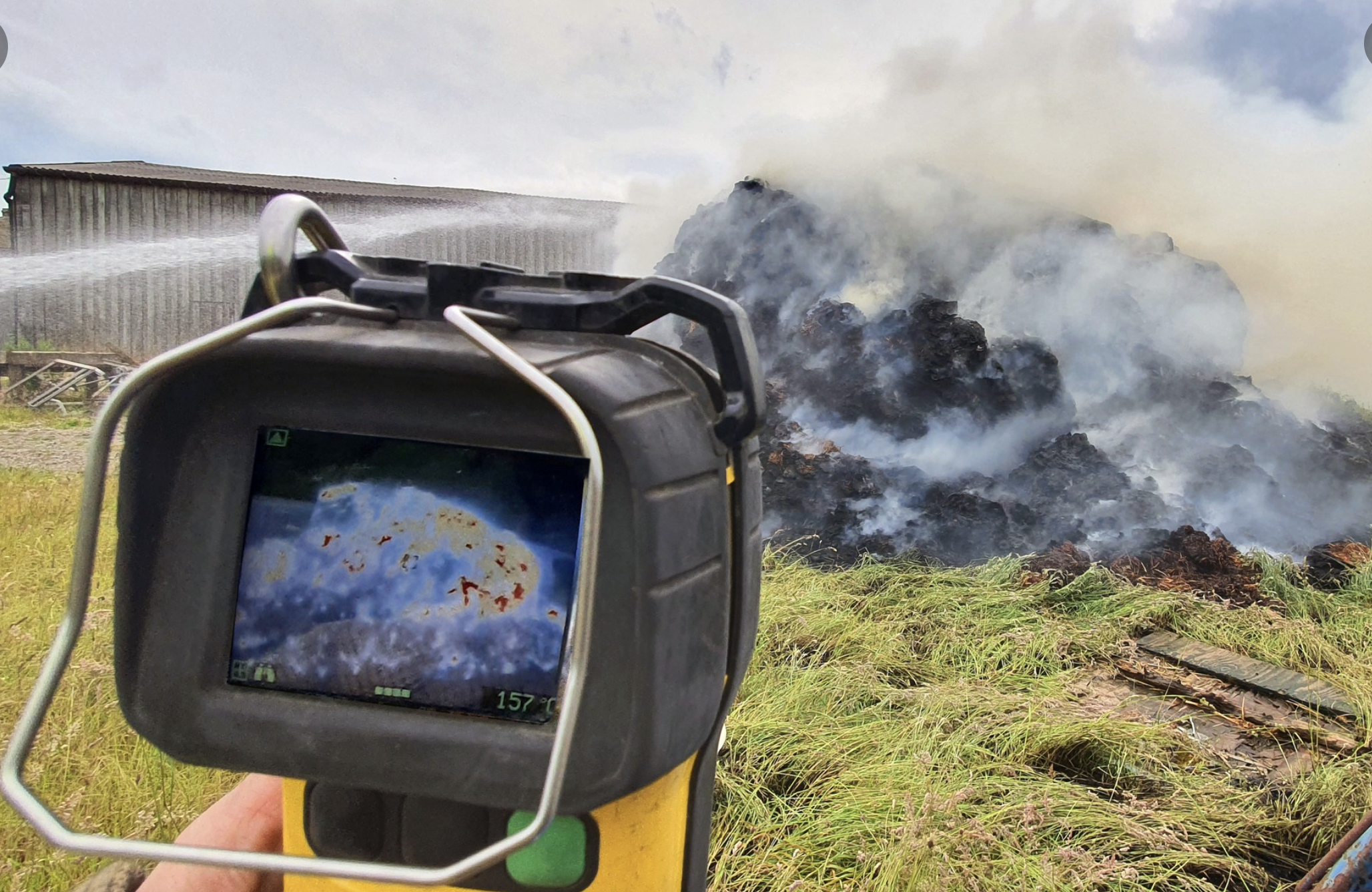 Hay spontaneously combusting is a common cause of summer barn fires. They usually occur just after the hay or straw has been baled.

Firefighters urged farmers to monitor the temperature of their hay and straw by using temperature meters, especially after collecting it from fields, and then taking steps to cool it if necessary.