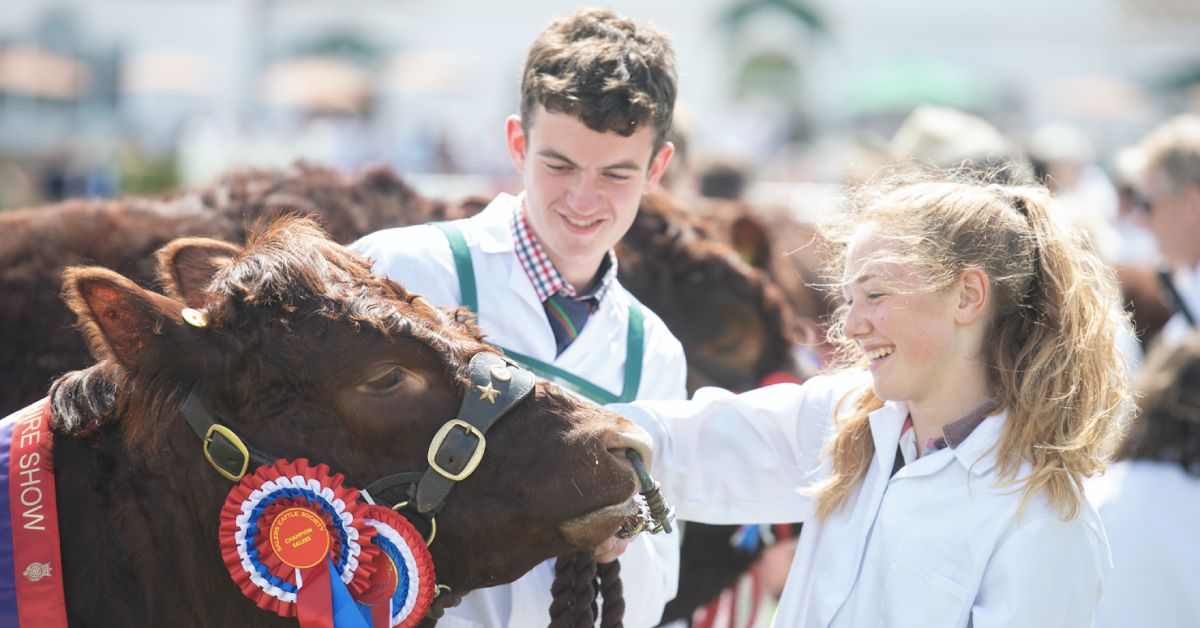 The grand cattle parade at the 2019 show.

The organisers of the Great Yorkshire Show in Harrogate confirmed today this year’s event will take place over four days for the first time.

The Stray Ferret exclusively revealed yesterday that major changes to the format, which included adding a day, were due to be announced.

The Yorkshire Agricultural Society confirmed the news in a newsletter to members this morning.

“We can now reveal that the show will take place between Tuesday 13 July and Friday 16 July, from 8am to 5pm each day, if it is safe to do so.”

The show usually takes place from 7.30am to 7.30pm on Tuesdays and Wednesdays but finishes an hour earlier on Thursdays.

The newsletter added the event will only go ahead “if the government’s roadmap out of coronavirus restrictions remains unchanged”.

It said government guidelines on large gatherings after June 21 would be informed by a series of pilot events taking place during spring.

“However, we do anticipate there will be a strict cap on the number of people allowed to gather at large events and so by adding a fourth day, more visitors will have the chance to attend safely.”

The Stray Ferret understands the number of daily visitors will be restricted to between 20,000 and 25,000 — well below the usual 44,000 average.

“We are thrilled by the response to our plans for the show this year in what we know will not quite be normal circumstances.

“We do expect there to be a limit on how many people can attend on any one day of the show and so for the first time in our history we believe the best option is to offer a four-day event.”

“There will be some changes this year, but we want to deliver as much of a normal show as restrictions allow, and it remains our position that the Show will only go ahead if it is safe to do so.

“We understand there is an element of risk in planning for an event of such scale given the potential for restrictions to change, however we accept this and firmly believe it is well worth planning for the Show to take place.

The Stray Ferret understands livestock classes will be reduced, just one event hall will be open, and facemasks will also have to be worn inside marquees.

Tickets must be purchased in advance and will be available from June 1.

Ripley Show, which was scheduled for August 4, was cancelled on the grounds that the “proposed conditions are near impossible to comply with on the show ground”.