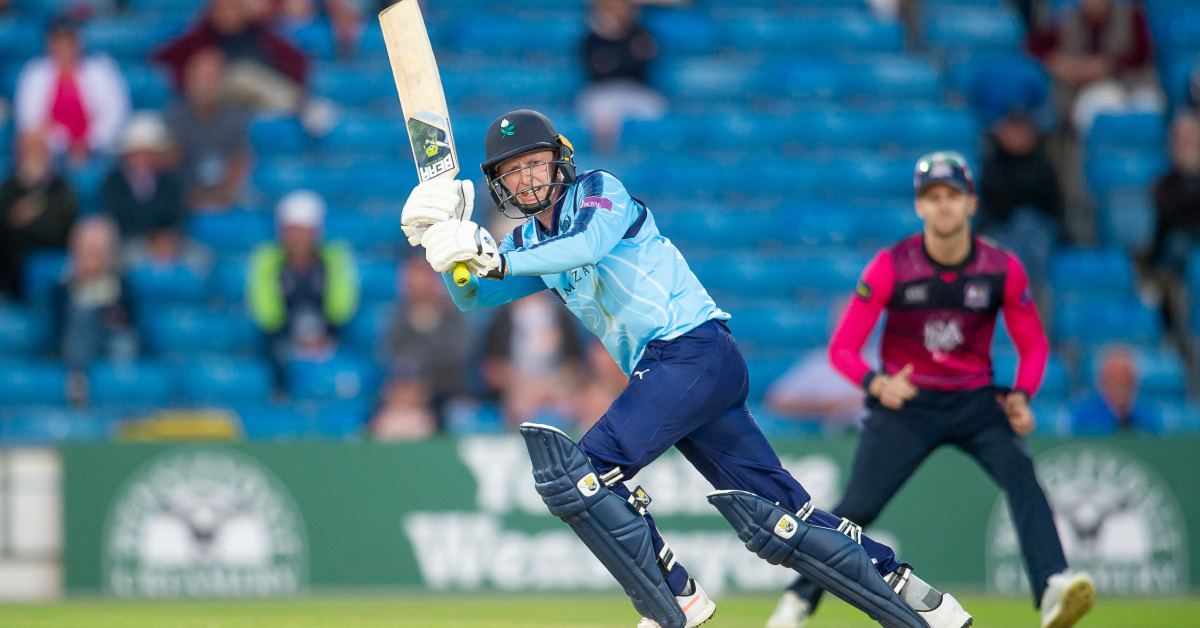 Jonny Tattersall first played cricket at the age of seven for Knaresborough under-9s.

Almost 20 years on, he is preparing to walk out today at Headingley alongside the likes of England captain Joe Root and internationals Dom Bess, David Willey and Duanne Olivier to play for Yorkshire on the opening day of the season.

Most media attention at today’s match will focus on Joe Root coming up against his younger brother Billy, who plays for Glamorgan.

As wicket-keeper, Tattersall is never far from the action. He’s also a useful middle order batsman with a handy knack of counter-attacking effectively when the team is struggling.

Unlike many cricketers that enjoyed the best facilities at fee-paying schools, he went to a state school in Knaresborough and has reinvented himself from being a leg spinner and opening batsman to a wicket-keeping middle order batsman to keep his career alive. Here he tells his story.

Have you lived in the Harrogate district all your life?

Yes. I was born in Harrogate and lived in Knaresborough nearly all my whole life. I moved in with my girlfriend to Harrogate in 2018 but we are now in the process of moving back to Knaresborough. My parents now live in Great Ouseburn and my brother is in London. My parents watch as much as they can.

Which schools did you go to?

Aspin Park Academy and then King James. We lived on the Aspin estate, which was literally two minutes from the primary school. I had a fairly normal upbringing and quiet estate life, playing a lot of football and cricket.

How did you get into cricket?

Dad played at Knaresborough and my brother was into it as well. He went on to play for Yorkshire seconds. My brother is four years older than me and when he was playing under-11 cricket I was chomping at the bit to play so we set up an under-9s team and I ended up playing in it at the age of seven. Dad was the coach at the majority of teams I played in.

How did you get to play for Yorkshire?

I played through the age teams at Knaresborough juniors and first played for Yorkshire under-11s when I was eight. I went all through the age groups predominantly as a leg spinner. I played for the academy at Yorkshire and went on the under-17s programme with England and moulded myself into an opening batman.

Tell us about your England experience

I played for England at the under-19s World Cup in the United Arab Emirates in 2014. We lost to Pakistan in the semi-finals and beat Australia in the third place play-off.

We played a lot of sport but cricket was low down the pecking order. The games we played were few and far between. The standard isn’t that good compared with private schools. It helps your development when you have that exposure to full-time practice facilities at an early age. It wasn’t the route I took but there’s no reason why you can’t succeed coming from a state comprehensive. 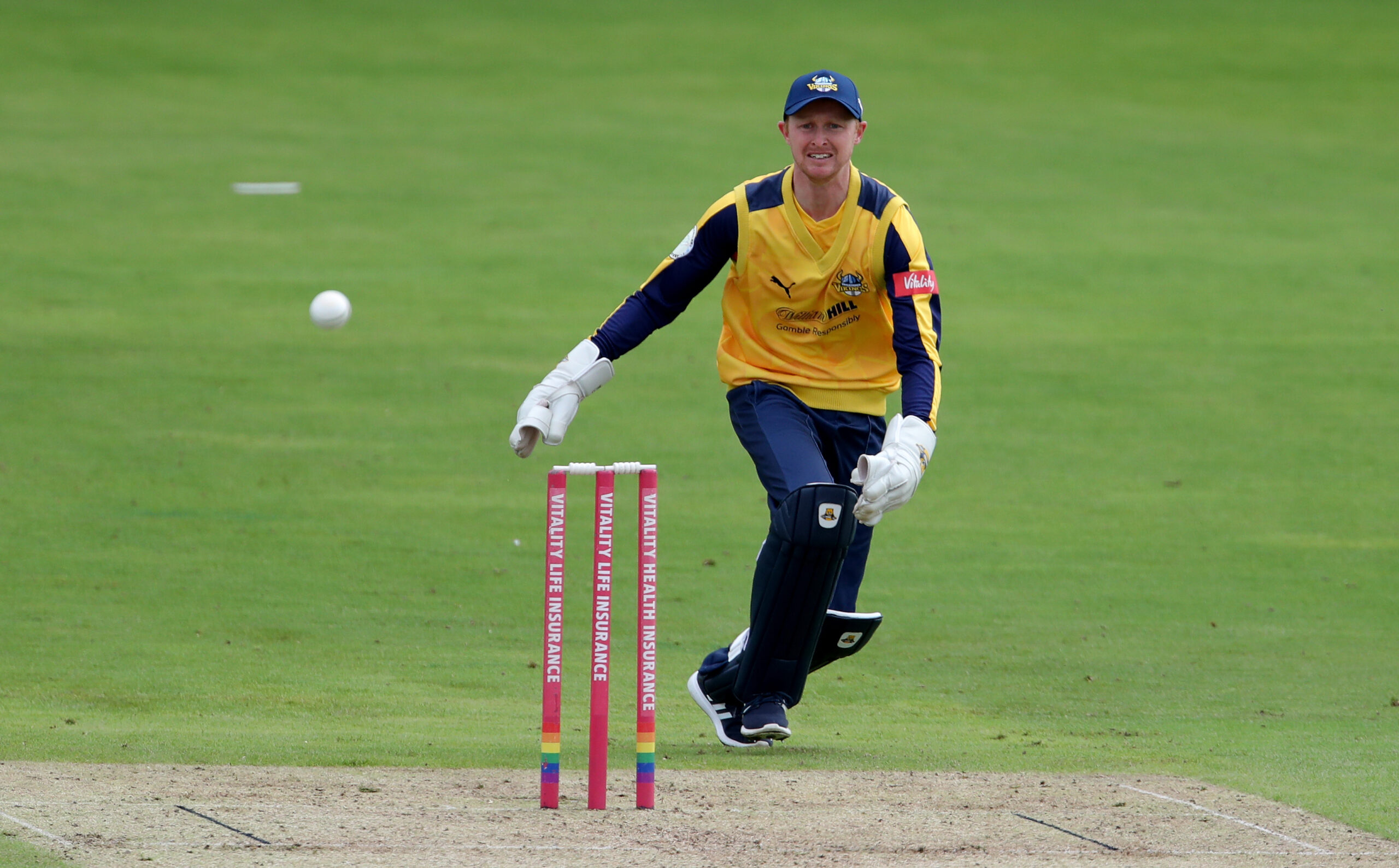 In action behind the stumps for Yorkshire. Pic credit SWPix

When did you start keeping wicket?

I got released by Yorkshire in 2015 when they had two seasons of winning the county championship. I did wicket-keeping to keep myself in the eye of the coaches — with the batting line-up we had in the championship-winning winning side it was difficult to get into the first team. It paid off because I came back. It just so happened Andrew Hodd was going to be retiring and I thought there was a chance to get in the team as a wicket-keeper. My brother and dad are both wicket-keepers so I grew up watching them and I kept in a few games in club matches.

How strange was it last season playing to empty crowds?

Possibly not as strange in championship cricket because you don’t get many people anyway but it was really strange when we played the Twenty20 matches. I remember in the first game we batted first and normally you have that murmur and anticipation that goes around and it was dead silent.

Has it been difficult training during lockdown?

We’ve one of the more fortunate counties because we’ve got in a full pre-season of gym work and cricket. The only downside is we’ve been in fairly small groups because we have to train socially distant and we’ve had to have lateral flow tests twice a week since mid- March.

What are your personal and team ambitions for the season?

They are the same – winning as many games as possible for Yorkshire. We’ve got a really good squad and the team is coming together nicely. If we can keep people fit and avoid covid I’m fully expecting us to put in some strong performances and to be sniffing silverware, especially in the championship.

How demanding is keeping wicket?

It’s just different. It’s more mentally draining because you are always in the game. But I felt more physically tired last year when I didn’t keep wicket and was running around the field and diving after balls.

England are not short of wicket-keepers but do you fancy your chances of getting in on the reckoning?

I don’t try to look too far ahead but you’ve always got ambitions of playing for England when you’re a young cricketer. If I can just keep putting in the performances for Yorkshire, you never know.

What are your hobbies away from the game?

I play a lot of golf. I play at Knaresborough golf club. I play off a 6 or 7 handicap but I never seem to play to that! I take an interest in most sports.

Where are your favourite places in Harrogate and Knaresborough?

Knaresborough is a lovely place to go for a walk down by the castle and the waterside and then get an ice cream on a sunny day.