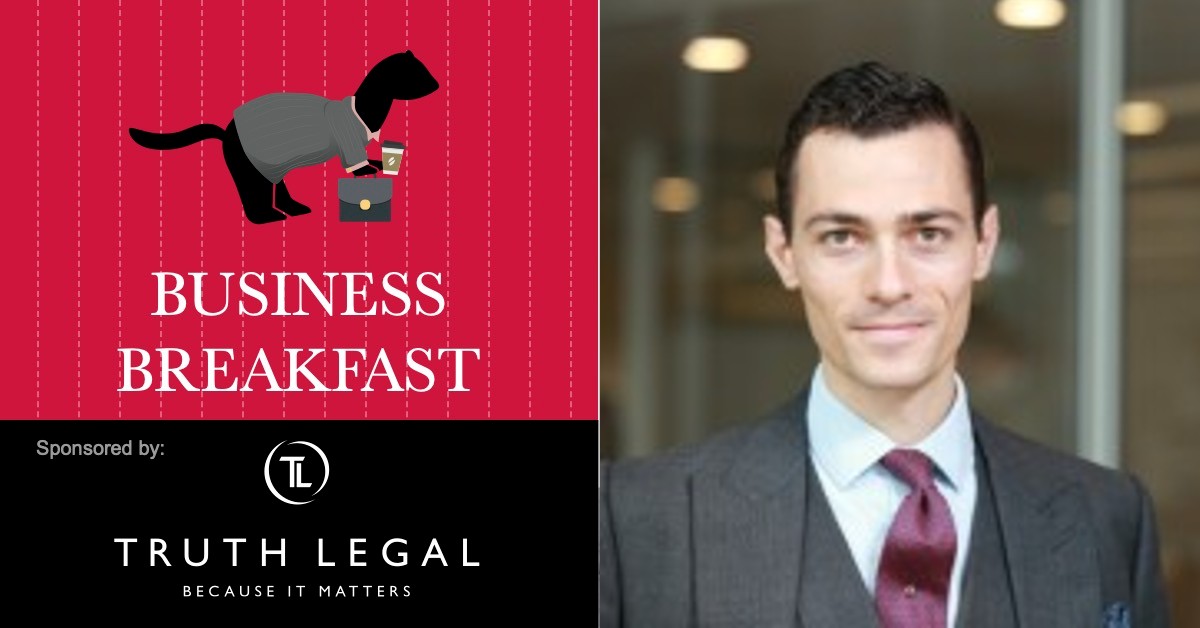 Former Ripon Grammar School student Christian Mackintosh (pictured above), who was born and bred in the city, has been appointed by Allianz Global Investors as its global head of finance operations, based in Frankfurt.

Mr Mackintosh, who is 32, graduated from Durham University with a BA in Modern Languages (German, Russian, Bosnian, Croatian, Serbian, Montenegrin) where he was the founding vice-president and secretary of Entrepreneurs Durham.

The nature lover is a trustee of the countryside charity the Council for Preservation of Rural England (CPRE) in North Yorkshire.

Mr Mackintosh was a pupil of Ripon’s Holy Trinity Primary School before going to Ripon Grammar.

A psychology practice based in Harrogate has won two awards in the space of just a few weeks.

Evolve Psychology Services was named Independent Business of the Year at the Yorkshire Choice Awards, and Most Trusted Clinical and Forensic Psychology Clinic in Yorkshire and the Global Health and Pharma Mental Health Awards.

Through its 28-strong team in Harrogate and Huddersfield, it works with individuals and families as well as courts, parole boards and immigration tribunals.

“In 2021 we were awarded an NHS contract to support the NHS in significantly reducing their waiting times for neurodevelopmental (autism and ADHD) assessments in Yorkshire for children aged 0-19 which again have been impacted by COVID-19.

“This will make a significant difference to the children and young people, as well as their families. It’s fantastic that both the GHP and the Yorkshire Choice Awards have recognised this success and also the wider work we do within our communities in Harrogate and also Huddersfield.

“Awards like this help to raise the profile of the work we do and also the impact it can have.”