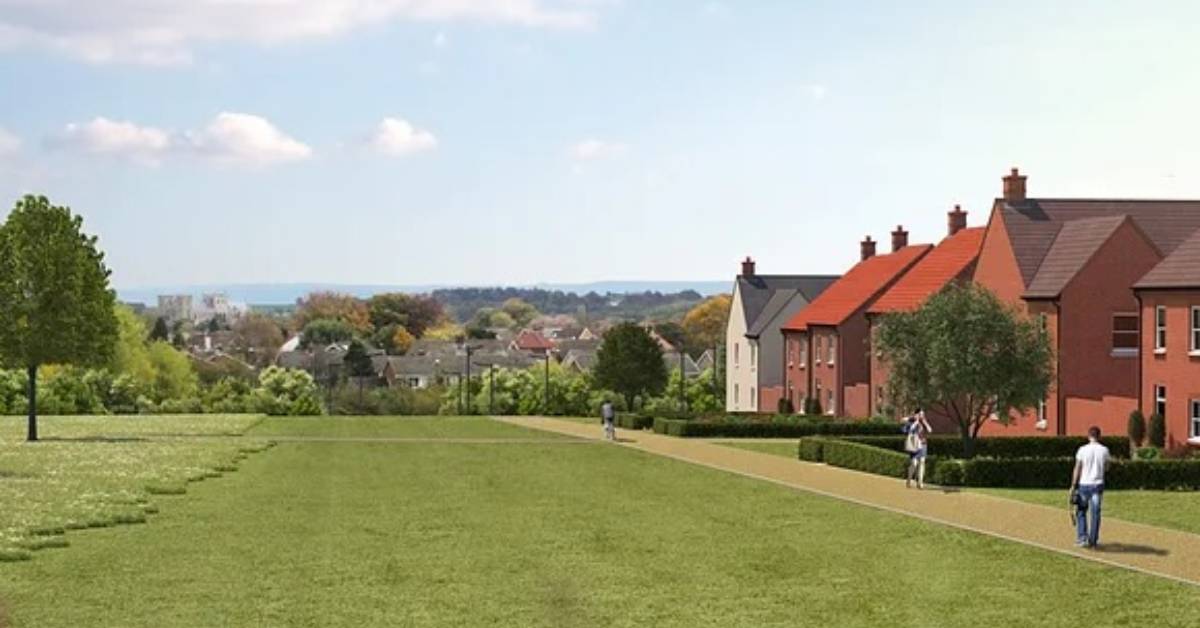 A computer generated image of the 390-home West Lane site in Ripon.

The government’s housing agency, Homes England, announced today it will build over 800 homes in Harrogate and Ripon after the previous developers pulled out.

Homes England said it has bought the 450-home Bluecoat Park site off Otley Road in Harrogate and the 390-home West Lane site in Ripon.

It said the two developments had stalled for various reasons, including the “associated enabling costs” and that their planning permissions were due to lapse imminently.

Homes England now has a major presence in the district: it is already working on a 1,300 scheme at Ripon Barracks and 200 homes at the former Police Training Centre site on Yew Tree Lane, Harrogate.

The site is off Otley Road, opposite Cardale Business Park and Harrogate Police Station.

The proposals included retail units, a new primary school and a village green.

However, the developer since put the site up for sale to potential developers.

With planning permission due to lapse, Homes England said the homes would not be built unless it stepped in. It plans to submit a new planning application later this year.

In 2018, Harrogate Borough Council granted permission to Barratt Homes on appeal for the development.

It was previously rejected in 2017 for being a “substantial intrusion into the open countryside” and its impact on nearby Studley Royal and Fountains Abbey.

However, last summer Barratt Homes pulled out of the scheme.

The developer told The Stray Ferret that the decision was not related to the lockdown but in a year-end trading update, the company announced its revenue had fallen by 30% due to the coronavirus pandemic.

Both schemes are set to include 40% affordable housing, which Harrogate Borough Council asks developers to include in most developments.

Housing Minister Christopher Pincher said the acquisitions were “fantastic news” for the district.

“This is fantastic news for Harrogate and a realisation of this government’s mission to deliver quality, affordable homes, that are fit for future generations.”

“We welcome Homes England’s involvement in seeking to bring forward and unlock these stalled sites.

“They are important in helping to deliver our strategic objective to provide new homes that meet the needs of the district.”