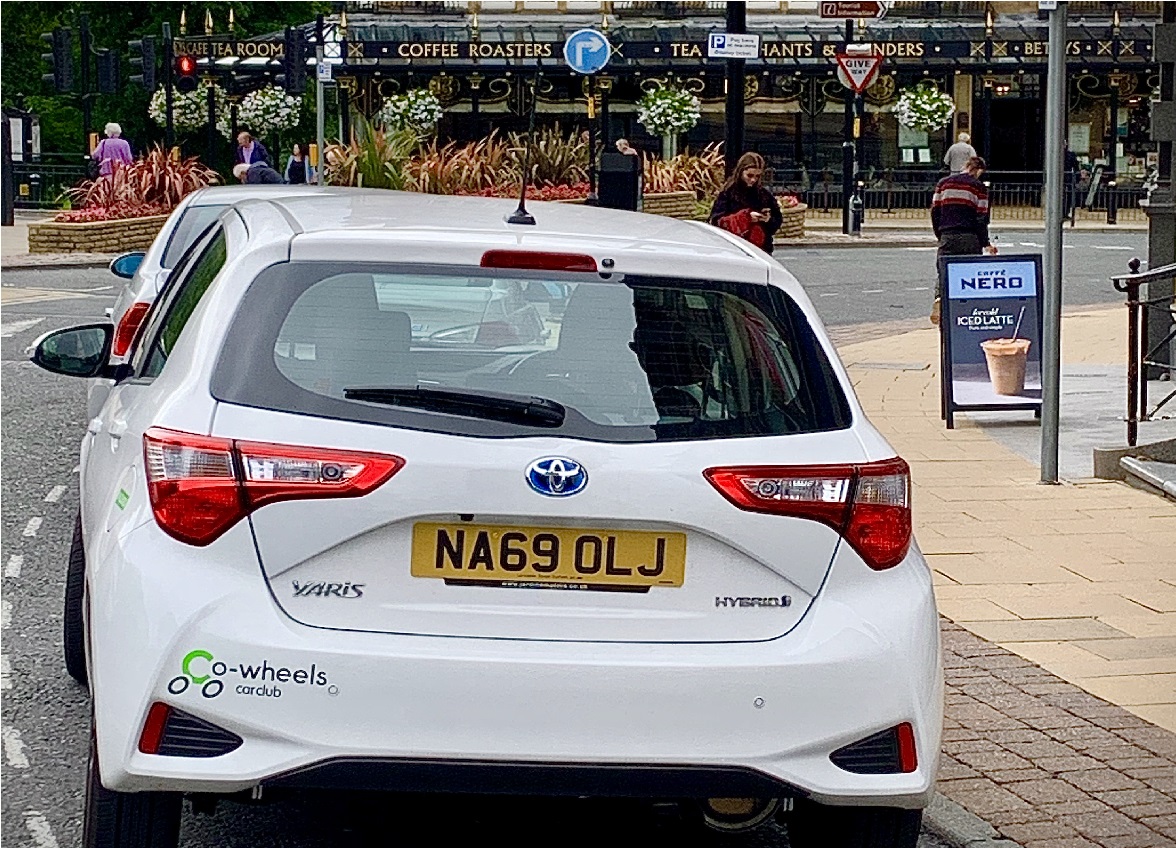 A ‘green’ car club has launched in Harrogate where you can hire low-emission vehicles by the hour.

Motorists sign up to a membership and can then book the cars online with as little as 30 minutes notice.

The scheme is backed by Harrogate Borough Council and the first ten hybrid cars are parked around Harrogate at HBC’s on-street parking spots including Montpellier, Commercial Street and Franklin Road.

Durham-based social enterprise Co-Wheels runs similar car clubs around the country. Rebecca Townend from Co-Wheels told the Stray Ferret that she hopes Harrogate’s environmentally-minded public will get on board.

Co-Wheels has a special introductory offer for people in Harrogate available on its website.

“It’s the first car club there’s ever been in Harrogate so it’s about educating people so they can give it a go.”

Hybrid cars combine petrol or diesel engine with an electric motor. Electric power can be activated in urban areas to reduce air pollution.

Ms Townend said they hope to introduce fully electric models at some point in the future.

According to the Department for Transport, Harrogate currently has 42 public electric vehicle charging points, which is above the national average.