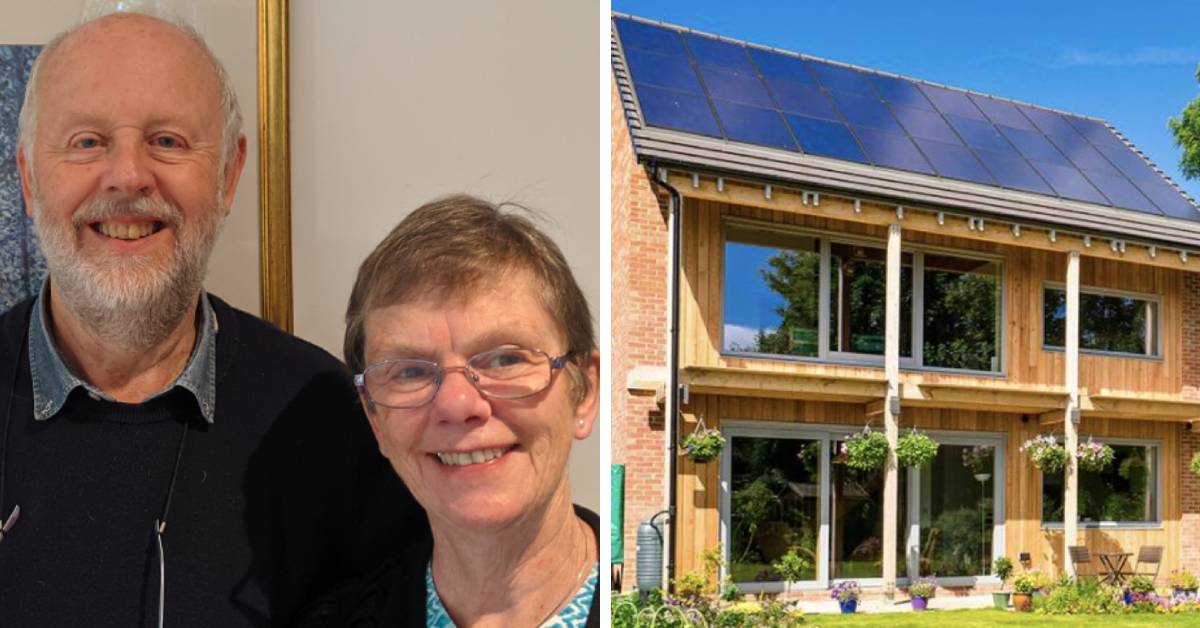 Tim and Marilyn Larner and their Passivhaus home

Green Shoots is a new monthly feature that explores the people and places that are doing their bit to improve the environment in the Harrogate district. Would you like to be involved? Get in touch: [email protected]

Tucked away on Bogs Lane in Harrogate is a home so good for the environment that it’s not just fit for the 21st century, but for the next one too.

Tim and Marilyn Larner bought a drafty 250-year old farmhouse on the site in 2016. After demolishing some barns that stood behind it, they built two homes in 2017 and moved into one of them at the end of the following year.

The couple proudly displays a Passivhaus plaque by their front door, which is a hallmark of its environmental credentials. The five-bedroom property is one of only two houses in Harrogate built to the strict standards.

Developed in Germany in the 1990s, Passivhaus is seen as a game-changer for low-carbon housing. It’s an innovative design code that prioritises insulation so that a home doesn’t need any heating or cooling at all, resulting in minimal energy bills.

The Larners’ home has other eco benefits including solar panels on the roof to generate electricity and air source heat pump that brings in heat from outside and pumps it indoors.

“It’s a delight and a great joy to live here.” 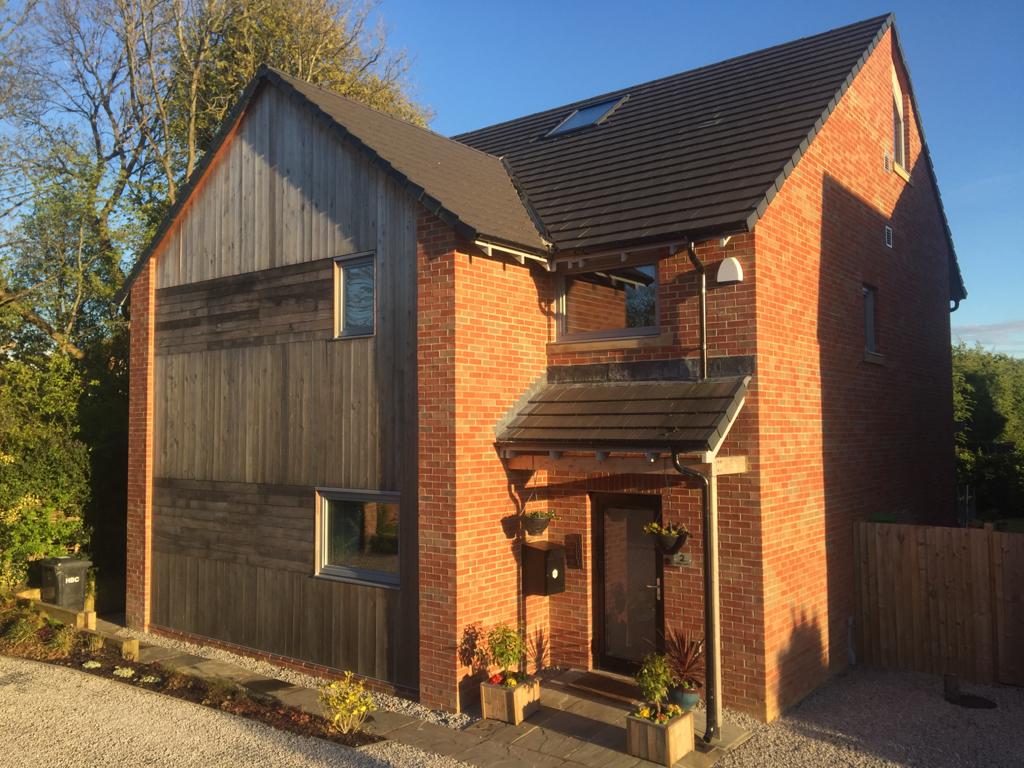 The front of the house has smaller windows as it is north facing.

Mr Larner estimates the house cost around 10% more to build than traditional methods — but the upside is electricity and heating bills are just £20 a year due to super air-tight insulation and renewable energy.

The whole house is wrapped in 300mm of rock wool all as well as air-tight membrane and there is 200mm of solid insulation on the roof.

Walking around the home, which is largely open-plan, the environmental benefits are subtle. Ventilation comes in through ducts in the ceiling and the large south-facing windows greedily maximise the amount of warmth offered by the sun.

The timber frame of the building was assembled like flat-pack furniture in just three days, bypassing the polluting and carbon-intensive building process entirely. Mr Larner said this ensures the quality and precision needed to make their home super air-tight.

“We wanted to do the right thing environmentally. That was our main motivation for doing it.” 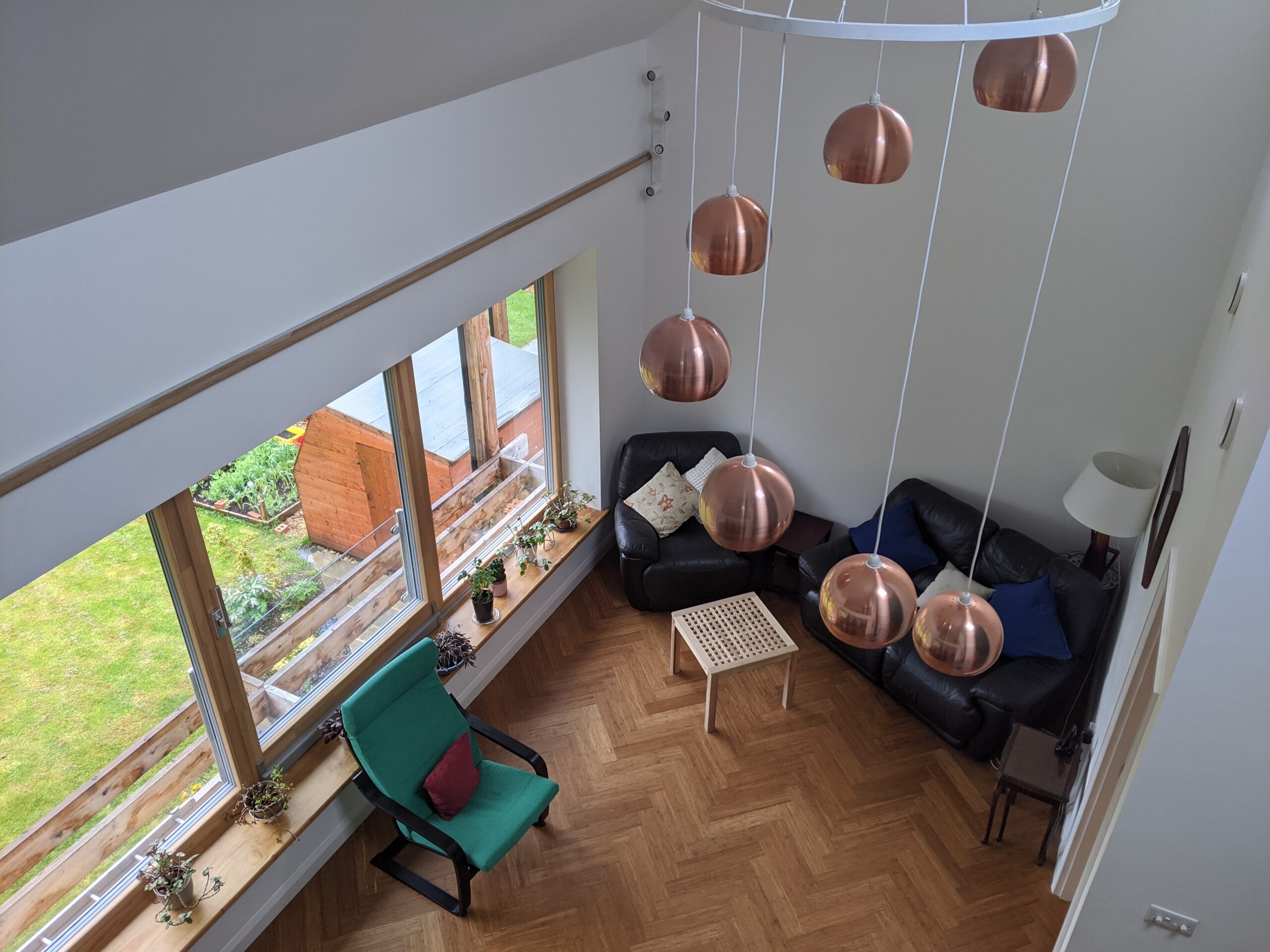 The upper level of the home lets lots of light in.

The property contrasts sharply with the glut of new build developments that surround it on the Kingsley Road and Bogs Lane area of Harrogate.

Mrs Larner said the building industry “has a massive vested interest” in building homes quickly and they don’t always consider the impact of housing on the environment.

“The government says they need more houses but they often choose volume over quality. They are throwing up houses around here.”

Mr Larner said the government needs to bring in legislation to ensure that more homes are built with the environment in mind:

“Builders should be out there doing this, but I fear regulation needs to make that happen. You can’t leave it to the market to deliver a house like this.”

“But It can be done. If you’re saving £1000 a year in energy costs and you hgave a better quality of life, what’s not to like about that? It’s a pity we have the financial availabilty to do this whereas others do not”.

Mr Larner said rather than worrying about climate change, he and Marilyn wanted to take action. They see building their home as doing their bit.

“I don’t worry about climate change, it’s more important to act and be positive and hopeful. I don’t take any pleasure in what I’ve handed onto my grandchildren. They will hopefully be alive in 2100, what’s the world going to be like when they’re at that age?”

Building a home has been a lifelong ambition too. Many years ago, Mrs Larner had an uncle who built his own property. It left a lasting impression on the couple.

Mr Larner said they could never go back to how they used to live.

“We designed this house with the rest of our lives in mind.

“It’s fit for the future. I’m hoping someone will be happy to live in it in 100 years time.”