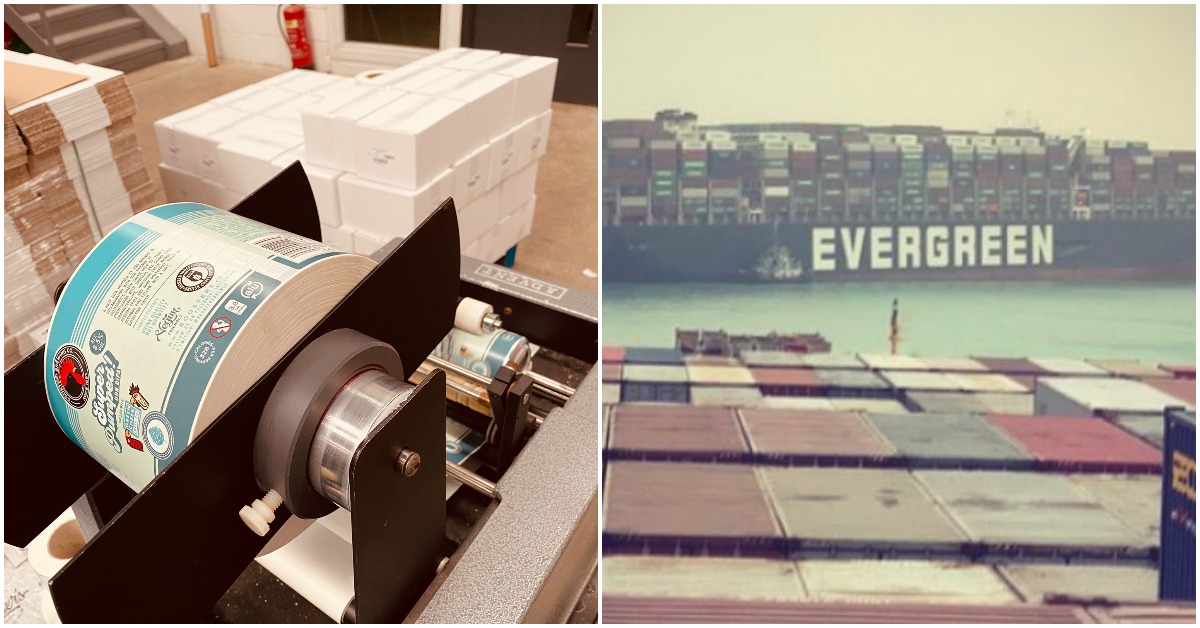 Rooster’s Brewing Company took to social media to appeal for help after new equipment got stuck on the Ever Given cargo ship in the Suez Canal.

The new machine was due to arrive a few weeks ago but instead remains over 3,500 miles away.

It was travelling on the Ever Green, which blocked the Suez canal for six days in March and caused chaos for businesses across the world. The ship has now been impounded in Egypt.

Head brewer Oliver Fozard took to Twitter to ask if anyone could help the team “get through a backlog of labelling cans”.

Since putting out the tweet yesterday the company has received numerous offers of help from other local brewers and residents.

Rooster’s director, Ian Fozard, said the company was still in the dark about when its delivery would arrive:

“We’ve still heard nothing, the machine is still stuck. We’ve had offers from various local breweries to help out. It’s more of an irritation than a catastrophe, no one knows when it will be here.”

Mr Fozard said he was grateful so many people had come forward to help.