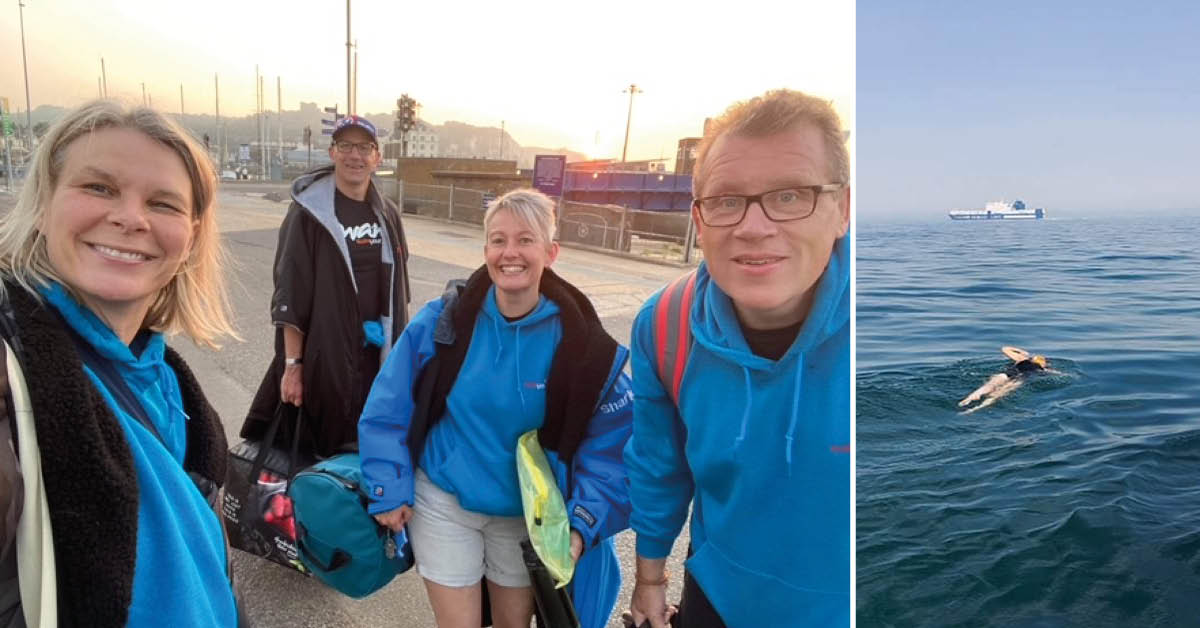 The four swimmers; Jacqui, Richard, Andrea and Jonty and (right) Andrea in the water

A group of intrepid swimmers have just returned home after completing the channel swim in heatwave temperatures on Tuesday.

The team of four, three from the Harrogate district, swam 30 miles in their relay swim yesterday completing it in just over 14 hours.

After swimming together for eight years, friends Andrea Stark and Jacqui Hargrave decided to do the relay for charity. They then convinced Jonty Warneken and Richard Powell to join.

This was the team’s fourth attempt to complete the challenge after cancelling previously due to covid and bad weather.

Jacqui Hargrave said the feeling was “incredible” when her feet finally touched the pebbly beach off the French coast. Due to the pandemic, the final swimmer, Ms Hargrave, could only stand on the beach for 10 minutes before returning to the boat.

Along the way the group would write inspirational messages or warnings on a whiteboard so the one swimming their hour-long lap was kept in the loop. 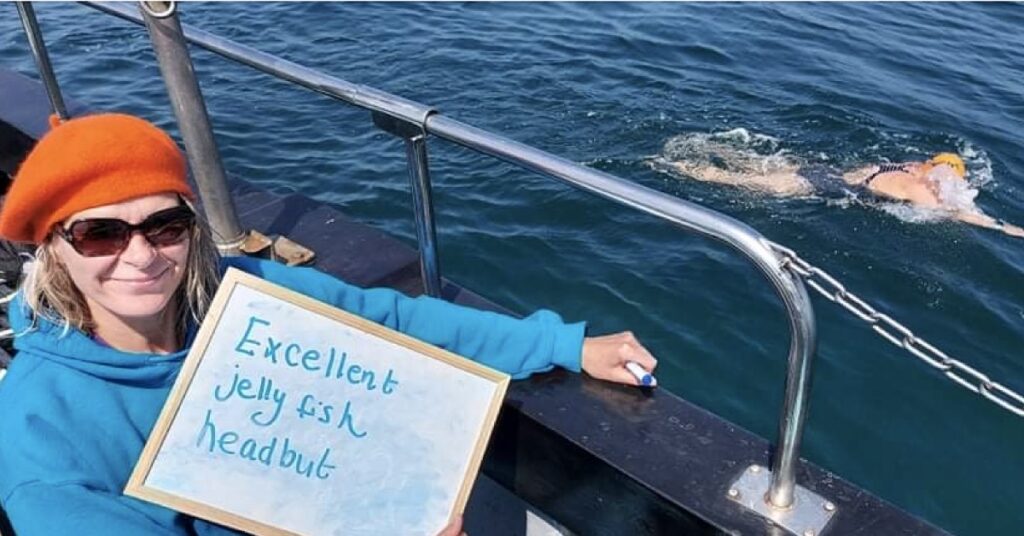 Jacqui keeping Andrea motivated through the swim, even after a jellyfish encounter!

They encountered jellyfish, large cargo ships and clogs of seaweed but kept spirits high by singing their way through.

“It was amazing, the water was just incredible, We never thought we’d do it during a heatwave so the waters were over 30 degrees. We’re all a little sun burnt.

“It’s very different to any of the practice we’ve done, there’s so much you just can’t prepare for. But still it was magical.”

Setting off at 6.20am from Dover yesterday. Changing tides and avoiding shipping lanes meant their swim was an additional 9 miles. They swam 30.5 miles in 14 hours and 58 seconds.

The foursome have managed to raise £5,469.15 together so far. To donate, click the links above.