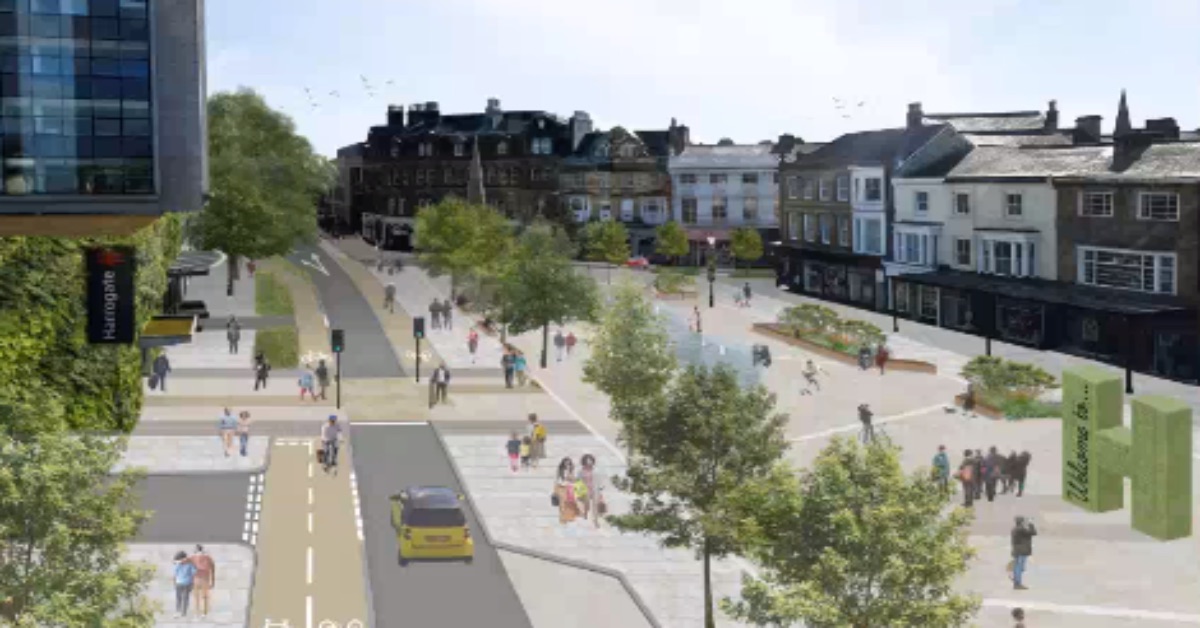 Plans for Station Parade in Harrogate.

Harrogate Civic Society said today that plans to reduce traffic to one lane on the town’s Station Parade could be detrimental without a clear traffic plan for the rest of town.

The society, which campaigns to protect the town’s character, issued its comments as part of the consultation into the proposed £7.9 million Station Gateway proposals.

Concerns over traffic, which the highways boss at North Yorkshire County Council seems to share, is one of the key aspects of the consultation, which closes on Wednesday.

The society’s planning and development sub-group says it has a ‘strong preference’ for the two-lane option on the £7.9 million Station Gateway Project.

The society also called for a study on the impact of making West Park and Parliament Street two-way, something it said would mitigate for the problems created by changes on Station Parade.

“There is a problem with making comments on these specific options when there is no indication of these being part of a longer-term, integrated traffic policy for the wider area.

“As with previous proposals there is the very real possibility that, without a clear traffic policy for the whole of the town, these changes will in the future be seen as having been unnecessary or detrimental.

“The society would like to see a study of the impact of re-opening West Park and Parliament Street to two-way traffic. This could relieve many of the problems that have been identified as the reasons for these present proposals.”

The society also said the re-location of taxis away from Station Parade would be ‘seriously detrimental’. Taxis, it says, ideally should be accommodated in the station forecourt. The response says:

“Taxis need to be immediately available for those arriving at the station and bus station; they cannot sensibly be re-located to James Street.”